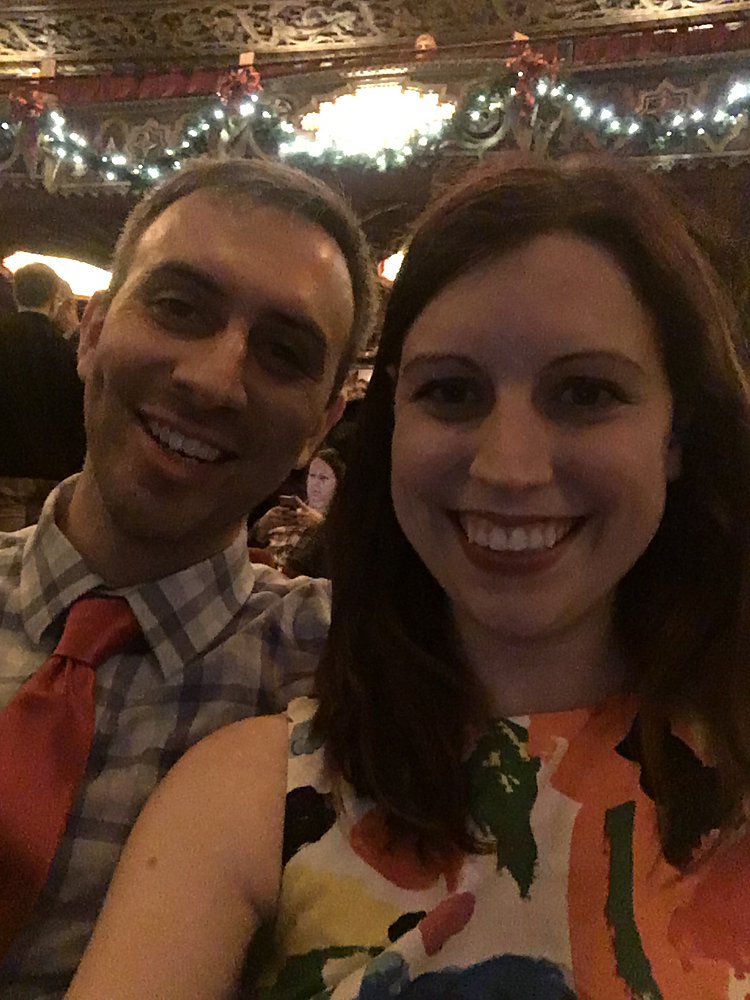 Real Jewish Brides: Maggie on Her Conversion to Judaism

Maggie will be marrying Danny on 6th June 2021 at Stone House of St. Charles in St. Charles, Missouri. Click here to read all Maggie’s planning posts to date.

THREE FACTS: (1) Danny proposed to Maggie on his birthday! (2) Maggie is in the process of converting to Judaism (3) Maggie is a member of STG Brides Club! 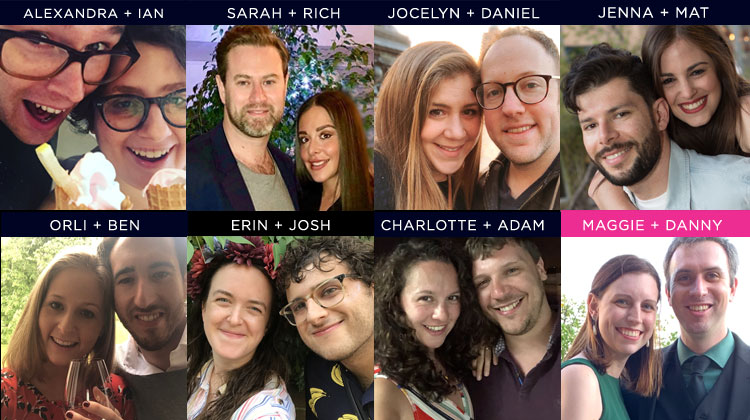 The past 8 weeks have not been very eventful. As far as the pandemic goes, living between two states proves interesting when one state is still on lockdown and the other is fully open. Thankfully, I now live in the fully open state, so this has allowed me to find a job after getting laid off due to COVID-19. As a hotel manager my industry was hardest hit by this pandemic and after being laid off in March, my fiancé and I had to really consider what was happening with our wedding planning without my income. Fortunately, it only took 4 months for me to get a job making what I was before, so the budget of our wedding can stay the same.

Planning our wedding, though, has been very upsetting and neither of us really are excited to do it anymore. We have the big stuff planned like venue, photographer, videographer, florist, and wedding invitations, but we are struggling to talk to other vendors because of the impersonal interactions we’re having due to limitations on person to person meetings. An example of this: we cannot decide on a caterer due to not being able to try their food.

We have also run into another problem: vendors that are traditionally booked closer to the wedding date are now sending us emails saying that they are booking up around our date because of so many people rescheduling their weddings. This is causing the planner in me so much added stress that I do not even want to look into this stuff yet, let alone start booking.

One thing I have still been working on is my conversion to Judaism. If you cannot tell from my appearance or name, I was not raised Jewish, I was raised Irish Catholic. It is an interesting story as to how I came to decide to convert to Judaism.

Go back to August 21, 2018, this was Danny’s and my first date. Now every Jewish person I meet takes one look at my fiancé and automatically can tell he’s Jewish but me, nope, had no idea when I first met him. So about 20 minutes into our date, after we order drinks but before food, he tells me he is Jewish. Now here is the thing, when you are raised Catholic, they teach you all other religions are wrong, but as a kid I interpreted this as bad.

Now as an adult, I had many life experiences and became very accepting of other people and cultures, but I never imagined dating someone from another culture or religion. Our date continues and lasts about 6 hours before we end with a kiss and I head home. The next day I talk to my dad about the date and the first thing I said was “Dad this guy is great but he’s Jewish!” and my dad looks at me and is like “So?”. That was the moment that I realized that is was my own naivety that was making me freak out. I say this because just two years before I did not go on a date with a guy because he was Jewish.

To be honest, before dating Danny I did not know anything about Judaism. I had some smaller experiences with Hassidic Jews at my hotel, not realizing these are the most traditional of Jews. If Before talking with Danny, I thought that Judaism was vastly different from Christianity like Buddhism or Islam. It was not until date 4 that I really wanted to sit down and ask him a million questions. He was happy to answer all of them and we easily spent 4 hours in the car having him explain the differences and basic information to the best of his abilities. 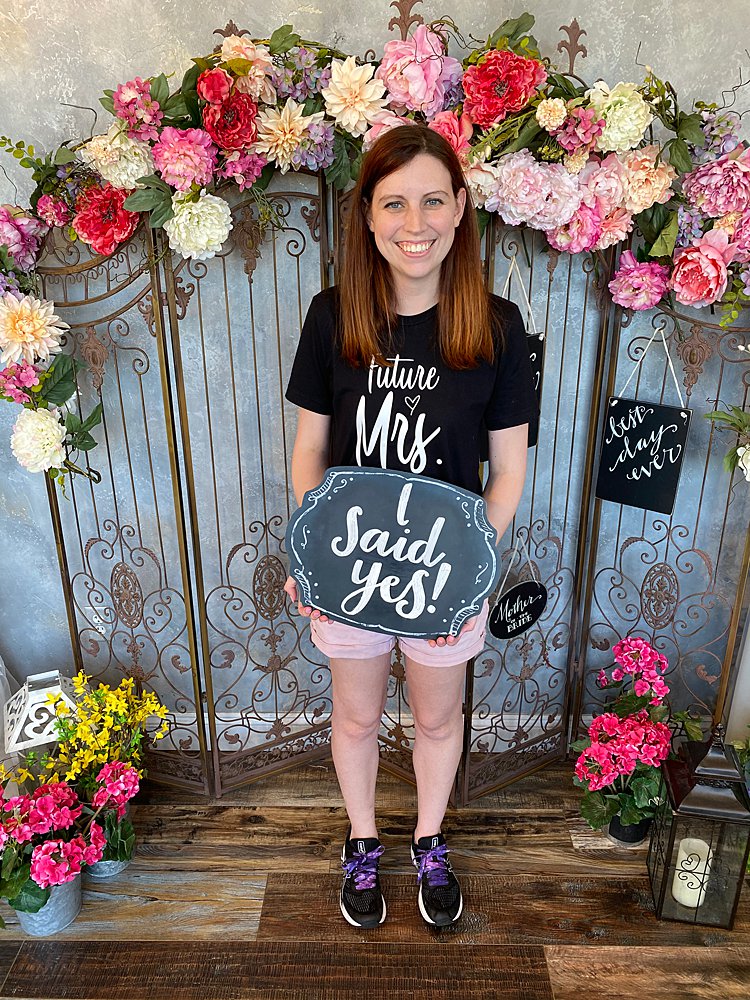 About two months later, when we both knew that we were wanting to spend our lives together, he mentioned to me that he wanted to raise his children Jewish which I had no problem with since I had by this point stopped considering myself Catholic as I disagreed with many of their beliefs. He did mention that in the Jewish faith the mother has to be Jewish for the community to accept the children as Jewish. He is Reform so he wanted to assure me that our kids would be accepted even if I was not Jewish but if they wanted to do anything to do with Israel they would have to convert.

Me being the future mom I want to be, wants to give our kids the easiest life possible so at that point I said I wanted to convert. He told me no, that was not good enough, and he would not allow me to do it. I was of course angry because I am a firm believer in the family all being one religion. He explained that I had to have a good reason to want to convert that was not just because he was Jewish.

As the saying goes, you will meet the right person at the right time in your life. My move back to St. Louis was my way of telling myself I was ready to settle down by finding a guy to marry, getting a good paying job that I love, starting my masters’, buying a house, and finally finding a religion again, as I felt that I was finally ready. My biggest problem with all religion up to this point was that I felt personally hurt by God. How could God be so good and all powerful but allow my mom to be taken in such a horrible way so early in both her and my life? This idea was ultimately what brought me to accept Judaism as the religion I wanted to be.

So, because Danny wanted me to learn, we began to learn together. We signed up for a class called Introduction to Judaism. It was a class put on by our synagogue for people who were looking to convert or even just learn more because they were raising Jewish children. During this class we learned all about Jewish history, Jewish holidays, and Jewish theology. This gave me a great baseline of understanding. During this time, I was also more involved in the Jewish community as most of Danny’s friends and family are Jewish. 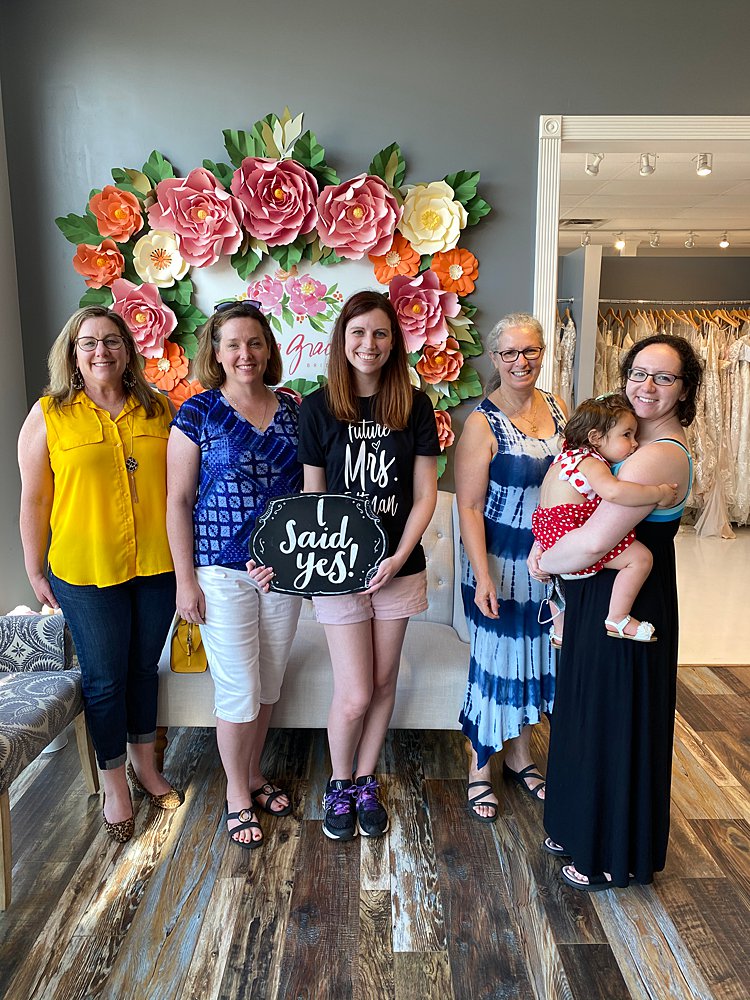 The strangest thing happened though, as I was meeting new people, if I told them I was converting to Judaism and they were Jewish I was given so much advice and acceptance. My favorite example is when I was opening my hotel in the beginning of the year. Our main IT guy from corporate was Jewish, and every day he was at the property he would come down to talk to me about what it is like to be Jewish in New York. I also decided to join Smashing the Glass Brides Club and this community has taught me so much not only about wedding planning but also about being Jewish, and with so many other girls converting themselves I felt very at home right away.

It was amazing to me how this community of women helps each other with advice or suggestions. I was always overwhelmed with responses when I asked a question about conversion, and I now have a whole shelf of book suggestions to help with conversion and Jewish wedding planning thanks to suggestions from the group.

Thanks to all these influences, I officially decided to convert. I have found my sponsor rabbi (who strangely reminds me of an older version of our friend and wedding calligraphist). Rabbi Andrea is a wonderful resource. I chose her because her husband went through the process as well and had many of the same realizations and concerns that I did so she really understands where I come from. I have met with her twice now due to the pandemic.

The first meeting we talked about why I wanted to convert and what the process looked like. She gave me resources on Passover since it was that time of year. The year before, I did my first Passover at an Israeli seder all in Hebrew and I was completely overwhelmed. The second meeting we talked about my class as it had finished, and she met my fiancé. I explained my concerns about the acceptance of God with her which she explained was completely normal and gave me a good to read on different Jewish theologists and how they viewed God.

My father in law is actually really interested in what I am doing as his family was all raised in Hebrew school, he explained that I am getting a very different view of Judaism than the average Jew who learns their whole life as I can pick and choose what I learn. According to my rabbi, I should be fully converted by the end of the year so I will be Jewish for my wedding! 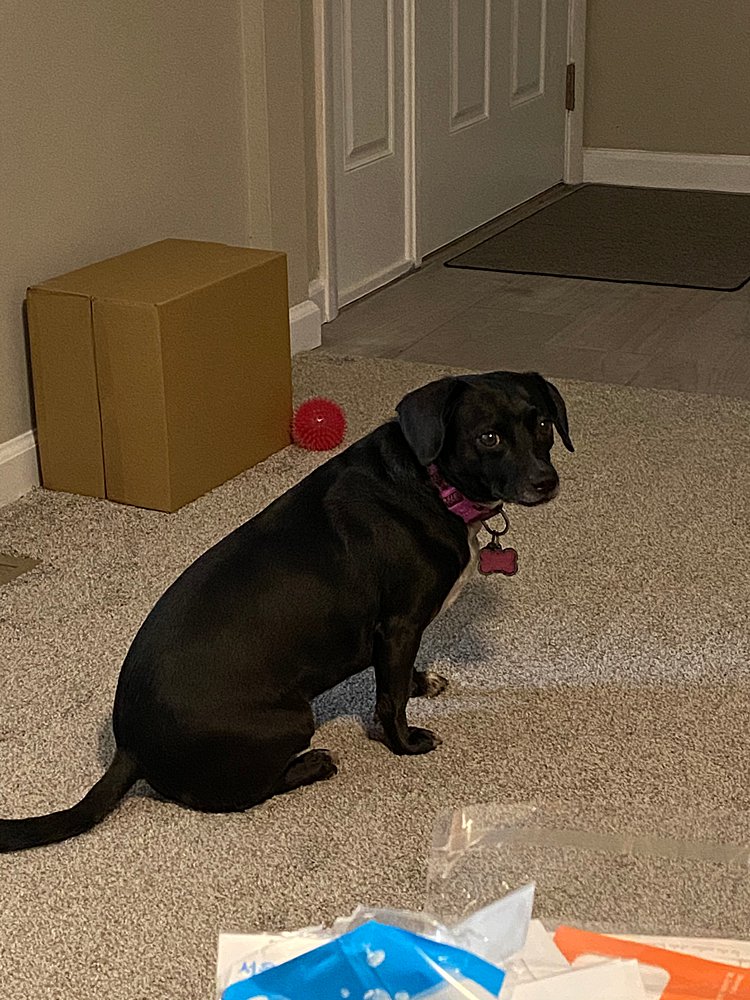 At the beginning of June, my aunts, mother in law, sister in law, and niece all came to go with me to shop for my wedding dress. As I had actually picked out my dress from shopping before with my dad, I really just wanted them there to see it. Wedding dress shopping was supposed to be a special day with my mom, so this is the next best thing. I allowed them to pick out a bunch of dresses for me to try on but none of them were as good as my wedding dress.

So, after trying on around 100 dresses I finally said yes to my dress exactly one year before my wedding! Then almost by accident we ended up booking our DJ because it was just such a great deal. Our venue comes with a DJ but when we met him, he explained that he does not talk with us before at all and just communicates through the venue owner. Then he had the audacity to say he hated Disney songs and refused to play any. He clearly saw my face after he said that and said, “It doesn’t matter if you decide to use me or not, I still get paid”. Absolutely ridiculous so finding a good deal on a DJ was a lifesaver as this was a last minute addition to our budget.

In other new, as I am writing this I am unpacking as two days ago I finally moved into my house with my fiancé and my dog. My dog Emily has been living at the new house for a month now to get used to it and allow Danny to learn what dog ownership is like. In more exciting news, at the beginning of July our new puppy was born! We should be able to take home our Golden Retriever puppy Boomerang at the end of August. 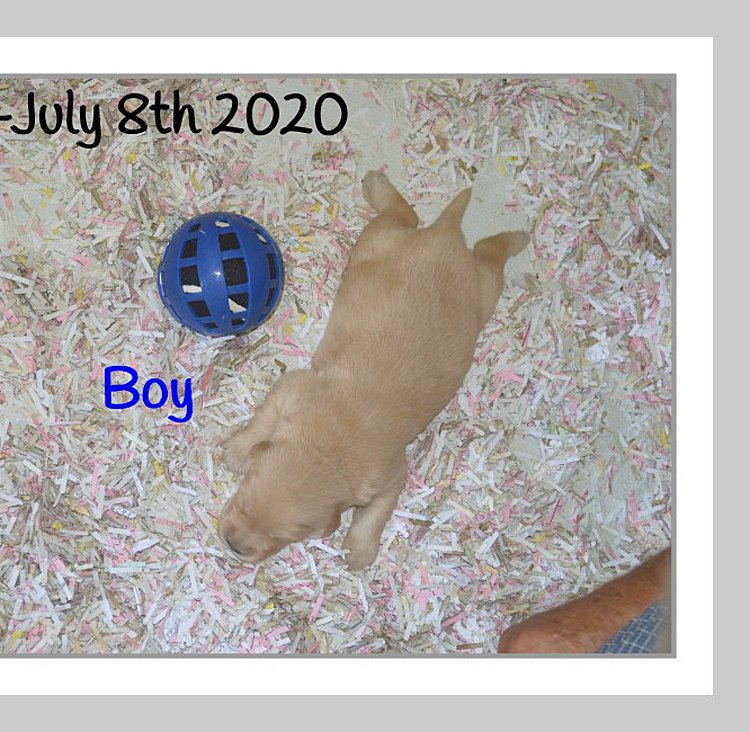 Click here to read all Maggie’s planning posts to date

Guided by the world’s number 1 Jewish wedding expert, Karen Cinnamon, Brides Club is the private community for brides that minimizes wedstress and overwhelm and maximises your budget. Join our Brides Club here.’

The post Real Jewish Brides: Maggie on Her Conversion to Judaism appeared first on Smashing the Glass | Jewish Wedding Blog.

Real Jewish Brides: Maggie on Her Conversion to Judaism