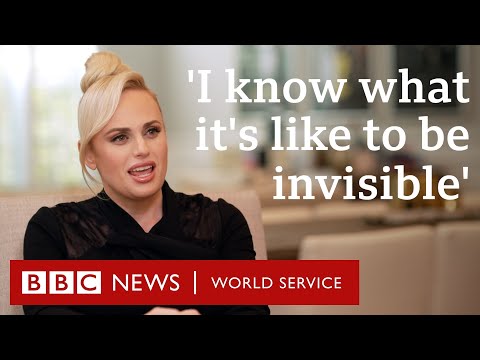 Rebel Wilson Reveals Who Was AGAINST Her Weight Loss Journey

Rebel Wilson’s “Year of Health” in 2020 was transformative — but not everyone approved.

The actress has shared many details about her weight loss journey. Because she checked in with fans so frequently on social media, we basically saw her transformation happen right before her eyes. But while she was communicating good health and body positivity to the public, the star was encountering resistance behind the scenes.

Related: Rebel Reveals 4 Healthy Habits She Adopted To Help Keep The Weight Off

Reflecting on her “Year of Health” on the BBC News, the 41-year-old shared:

“I got a lot of pushback from my own team, actually, here in Hollywood, when I said, ‘OK, I’m going to do this Year of Health. I feel like I’m really going to physically transform and change my life.’ And they were like, ‘Why? Why would you want to do that?’ Because I was earning millions of dollars being the funny fat girl and being that person.”

Wow! No matter what the reason, it must be disappointing having people trying to hold you back from starting a new chapter of your life. Obviously, Rebel didn’t listen to the nay-sayers — she knew that changing her habits was necessary:

“Even though I was still very confident being bigger, and, you know, loved myself… I knew deep down inside that some of the emotional eating behaviors I was doing was not healthy. Like, I did not need a tub of ice cream every night. That was me, kind of, numbing emotions using food, which wasn’t the healthiest thing.”

She cited the “internal stress” of performing as one of the pressures that led to unhealthy habits. But she had lots of good reasons for improving her health, too. The comedienne explained:

“I’m still trying on the fertility journey, even though it is emotional and you get hopeful and then your hopes are dashed. So I feel for any woman going through it. I was the classic example of a career woman who went out into the world, didn’t even think about kids, and then suddenly in your mid-30s is like, ‘Oh, hang on, do I want that as an option? And then if I do, what do I need to do?'”

“It would be great if I had my own children, but I don’t know whether that’s going to happen, so I’m trying not to have any expectations set on an outcome. Just that I’m the healthiest I can be. I’m going to try and what will happen will happen.”

The Pitch Perfect alum acknowledged sharing her story on Instagram both for accountability for herself, and to reach out to others who might suffer similar health issues. However, she did express some discomfort with the overwhelming media attention on her weight loss, pointing out that her body seemingly earned more headlines than her highly successful career.

Related: Why Rebel Is ‘Taking A Break’ From Dating After ‘Hot Girl Summer’

Questioning whether losing weight is “what a woman has to do in the world to get attention,” she stated:

“I know what it’s like to be a woman who was essentially invisible to most people because of not being seen as traditionally beautiful, or whatever. It’s crazy to try to fit that. It’s just better to be the healthiest version.”

We appreciate Rebel continuing to inspire others with her health journey, while also poking holes at the misogynistic media narrative. Whether it’s her Hollywood team telling her “no” or the media being a little too supportive, she put herself, her health, and her needs first. That’s a strong woman right there!

The post Rebel Wilson Reveals Who Was AGAINST Her Weight Loss Journey appeared first on Perez Hilton.

Rebel Wilson Reveals Who Was AGAINST Her Weight Loss Journey