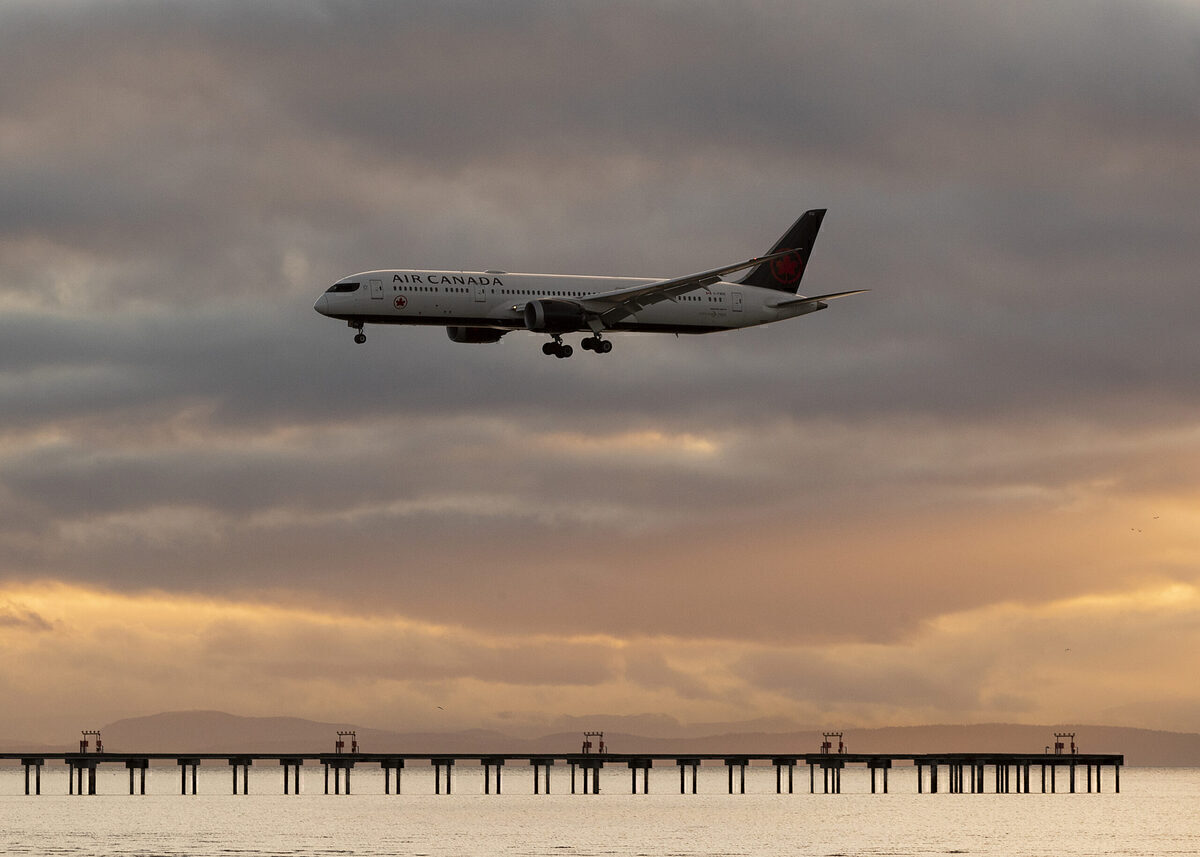 Strict government travel restrictions have been a huge burden and revenue-killer for Canadian airlines, including Air Canada. The carrier has done several things to position itself for success in 2021, including the full and permanent conversion of some of its retired 767s into freighters. On the passenger operations side, however, the airline needs to rely more on connecting traffic as Canadians are forced to stay at home, and outside traffic is all but barred. Here’s what the airline had to say about the importance of these connecting flights on its road to recovery.

Looking for ways to survive the global health crisis and the travel restrictions surrounding it, Air Canada’s leadership sees big opportunities for connecting traffic – otherwise known as sixth freedom traffic. Defined by the ICAO, this is “the right or privilege, in respect of scheduled international air services, of transporting, via the home State of the carrier, traffic moving between two other States.”

This is what the airline’s Executive Vice President and Chief Commercial Officer had to say during Friday’s Q4 and full-year 2020 earnings call:

“Unlike Australia and New Zealand, Canada’s geography sits right in the middle of two of the busiest travel quarters in the world; in the US to Europe and US to Pacific market. Nearly all commercial flights on these segments overfly Canadian airspace and we will continue to push to ensure we receive our fair share of these traffic flows through our hubs.” – Lucie Guillemette, Executive Vice President and Chief Commercial Officer

Guillemette adds that this is a major element of the airline’s recovery strategy, and an example of how Canada as a country can “best compete in the global aviation market.”

Competing in the global aviation market

This strategy mainly puts Air Canada up against the major US giants: American Airlines, Delta Air Lines, and United Airlines. However, United, a fellow Star Alliance member, has a long-standing joint venture with Air Canada that sees the two airlines work together more than compete. In the transatlantic market, this is also somewhat true with Star Alliance member Lufthansa, who also has a strong joint venture with Air Canada.

“[These] global airline partnerships…will ensure we access as many markets as possible on a one-stop basis as we seek to rebuild our network over the coming years. Our services to the Lufthansa Group hubs in Europe have consistently performed well for us throughout the decades, and we expect this to continue for the foreseeable future.” – Lucie Guillemette, Executive Vice President and Chief Commercial Officer,

This strategy, focused on having travelers from East Asia and Europe use Air Canada to get to US destinations, will see transit through major Canadian airports. Going the other way, travelers from US cities would fly to these major Canadian hubs and connect onwards to Asian and European destinations. Air Canada’s largest hub airports are Vancouver, Toronto, and Montreal.

In addition to having to clear security at the connecting airport, there’s one other drawback particular to connecting through a third country – clearing customs. While this has been made easier and more efficient through the use of automated kiosks, it’s still an inconvenience – especially when compared to direct, non-stop service. Thankfully, Air Canada’s website indicates that there is no need to claim checked baggage. Ultimately, this all takes more time and may not be too desirable.

Of course, there’s a lot less non-stop flying these days, which does indeed present an opportunity for the airline:

“So for us, when you compare what we can offer on a one-stop basis connecting over Canada, basically it becomes a product that’s very similar to what many of the US carriers are going to be operating as they also recover. So there’s less non-stop flying, which also means that for us the opportunities even bigger.” – Lucie Guillemette, Executive Vice President and Chief Commercial Officer

Guillemette adds that “there is absolutely no doubt that as we move forward, this will be a bigger opportunity even than it was in the past for us.”

All of this is against a backdrop of heavy anticipation that sector-specific government assistance will be coming shortly. Without offering specifics, the carrier has been in discussions with Ottawa and the airline’s CEO is quite optimistic that something is coming down the line.

What do you think about this connecting-traffic strategy? For travelers going between Asia and the US, and Europe and the US, would you connect through a Canadian airport with Air Canada? Or would you prefer to travel with another airline or through another airport? Let us know in the comments!