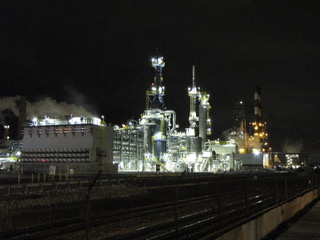 [Editor’s Note: The Trainer Refinery south of Philadelphia is one of the reasons the region could prosper if it wants to do so but block-headed RFS and RGGI policy threaten it.]

The modernization of the Trainer Refinery south of Philadelphia is initially obscured by aged brick buildings and hulking equipment. With closer examination, however, emerge brightly painted pipes, scores of gleaming white tanks and towering construction cranes that hint of ongoing upgrades.

With a growing post-pandemic economy and strong energy prices, prospects are bright save for threats of a controversial carbon tax scheme by the governor and federal regulations. Federal rules have contributed to the closure of seven independent refineries on the East Coast since 2009, leaving only Trainer and three others remaining. And one of those — owned by PBF Energy in New Jersey — closed half its refining units and laid off 250 employees last summer.

Monroe Energy, which owns the Trainer Refinery, annually spends tens of millions of dollars on improvements to keep abreast of government regulations and customer needs. A few years ago, it invested nearly $200 million on installing equipment to make low-sulfur gasoline. Currently, the company is building high-efficiency electrical substations, as well as water-cooling units that enable millions of gallons of water to be reused, drastically reducing dependence on Delaware River water.

It employs approximately 500 people and hires at any one time up to 1,400 members of the Philadelphia Building Trades for maintenance projects that can last for months. Because of their work, Trainer produces daily more than 8 million gallons of fuel, mainly for transportation and heating.

Despite this, the overall decline of regional production capacity has left the East Coast vulnerable to supply interruptions and more dependent on imported fuels. 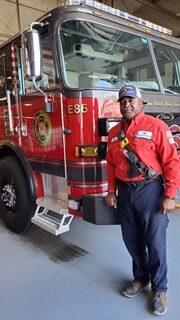 Mr. Pierce, of Chester, Pennsylvania, started as a unit operator and now leads the facility’s emergency-response teams. As refinery fire chief, the retired Marine sergeant looks the part wearing a shirt whose color matches that of a new fire truck and presenting a friendly demeanor and no-nonsense physique.

“We just want Trainer to keep making money and producing these products so that we can provide for our families,” says Mr. Pierce, who put two daughters through college debt-free. “This job has been a blessing; that’s one thing I can truly say.

“We have a lot of young people here with young kids. They want to be here long-term and come to work everyday and go home knowing that they have a job. Hopefully, they can do the same as I have been able to.”

Among the worries is Pennsylvania Gov. Tom Wolf’s proposal to institute a tax on electricity generators that use fossil fuels through the Regional Greenhouse Gas Initiative (RGGI). This taxation scheme is intended to replace fuels like coal and natural gas with more expensive wind and solar energy.

In comments to regulators, Monroe Energy noted its extensive use of electricity and cited data showing that the cost of power was 38 percent less outside existing RGGI states. The company has spent hundreds of millions on environmentally beneficial investments with plans for more. “However, Monroe added, “we fear that enacting a program like RGGI will increase costs to such an extent that we may be unable to move forward with some of these projects.”

RGGI also would put at risk tens of thousands of jobs in Pennsylvania’s electric-power and manufacturing industries by inducing operations to move away.

Pennsylvania will join RGGI via executive authority next year unless the legislature intervenes. Eventually, Pennsylvanian’s participation could be decided by the state attorney general or the courts.

An even more immediate issue for Monroe is the federal government’s 16-year-old Renewable Fuel Standard (RFS), which requires refiners to add ethanol to transportation fuels or buy credits. The RFS has expanded since its inception creating a burden that threatens to put Monroe out of business if not addressed.

Ethanol is added to fuel as it is distributed to end users — or shortly before — to protect the equipment of refiners and transporters from the additive’s corrosive effect. Because Monroe does not sell to end users, it has virtually no ability to add ethanol and has to buy credits, whose price has risen from a few cents to nearly two dollars.

“The difference between credit prices of 2 cents and 2 dollars for us is hundreds of millions of dollars in compliance-obligation costs,” says Mr. McGlaughlin. Since buying Trainer in 2012, Monroe has spent more than $800 million on RFS compliance — multiples more than the refinery’s purchase price.

Both RGGI and RFS have drawn widespread criticism from labor and industry groups and from politicians of both major parties. Ironically, while the Pennsylvania and New Jersey governors are supportive of RGGI, both have written the U.S. Environmental Protection Agency to address the issue of the RFS credits.

More than 50 organizations representing millions of people have written in support of RFS reform. Even the National Wildlife Federation opposes the RFS because increased ethanol use has led to croplands infringing on natural habitat. Trade organizations of the dairy industry and bakeries have objected to RFS’s pressures on corn prices and supplies.

Adam Guttuso, a Monroe spokesman, says, “Our hope is that the administration sees the merit of reforming the RFS structure because it is not working as Congress intended. The reality is that even if the program didn’t exist, the industry would still be using ethanol because the additive has become the most cost-effective way to increase octane.”

The negative consequences of both RFS and RGGI — including job losses and diminished fuel security — seem obvious to nearly everybody. Yet the employees at Trainer are still waiting for relief from Washington while also hoping to avoid the economic wreckage proposed by the governor and the absurdity of bureaucrats trying to improve the climate.

“We hope people will side with us and allow us to keep doing our jobs,” says Ron Pierce.