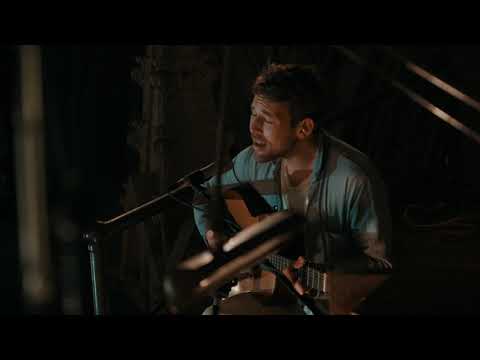 Editor’s Note: Do you think we “missed” an album this week? Click here.

Each month, we always seem to come to the same conclusion when it comes to our Editors’ Picks column: Friday release days open the floodgates and unleash a seemingly endless stream of quality new music. But while some of our Editors and Contributors sit down gleefully each week to dive into this newly stocked treasure trove, others find themselves drawing a blank at the end of the month due to the breakneck pace needed to keep up to date with what’s been released. Which brings us to this Heavy Blog PSA: a weekly roundup of new albums which pares down the week’s releases to only our highest recommendations. Here you’ll find full album/single streams, pre-order links and, most importantly, a collection of albums that could very well earn a spot on your year-end list. Enjoy!

Holy fast follow Batman! Only eighteen months ago we were raving about Dessiderium’s brilliant 2020 record Shadow Burn, and now the one-man project from Nullingroots/Arkaik axeman Alex Hadad is back with its most complex and ambitious collection of songs yet. Aria isn’t quite as innovative or abrasive as Shadow Burn, sticking closer to a tried and true progressive death metal formula of spacey, elongated song-structures that kind of sounds like if Devin Townsend went more sullen and melodeath inspired. It’s still brilliant though and a welcome end of year stocking stuffer that’s sure to please the whole family.

New releases start slowing down during this time of year, so why not use this space to highlight a live album from one of my favorite contemporary folks groups? I’ve always loved Fleet Foxes, but Shore saw Robin Pecknold elevate his progressive, chamber-themed approach to indie folk to new heights. It was an easy pick for my 2020 AOTY musically, and it helped to read how Pecknold’s songwriting process featured a great deal of escaping the isolation of COVID by driving into nature — something my wife and I did often during the heights of the pandemic. A Very Lonely Solstice is the official release of a livestream Pecknold performed at at St. Ann & the Holy Trinity Church in Brooklyn last year, featuring songs from Shores and the Fleet Foxes songbook, his take on the traditional folk ballad “Silver Dagger,” and a Nina Simone cover. While I’m sure the songs will make a great record, I’m even more excited to watch Pecknold perform these tracks in such an intimate, beautiful setting.

See Also: With one of the best rock records of 2021 behind them and a sophomore album on the horizon, Black Country, New Road are biding their time with Never Again. The covers EP features some fittingly unique choices, including two ABBA tracks and songs from Adele and MGMT.

Back again with another recommendation for an artist I had never heard of until looking into this week’s releases… This time we travel to the highlands of Scotland, with a new one-man project called Sgàile. The singular force behind this album is Tony Dunn, known most for session work on albums from from fellow-Scots Saor and Falloch, but here the Celtic-inspired atmospheric black metal is dialed back for a more approachable heavy prog rock sound. It has this ethereal, almost ancient and wild feel to it that those heavier bands like Saor and Obsequiae do so well, but all in a more rock-centric approach. That combined sense of both freedom and longing that one might get looking out over the sea as the mist of crashing waves touches your skin. Sure there’s some cool riffs and banging solos that go along with Dunn’s adequate and airy, sung vocals, but there’s just something captivating on the whole here that transcends each individual element.

See Also: American Football – Rare Symmetry / Fade Into You (indie rock, math rock); Just a new single and a cover of Mazzy Star‘s 1994 hit, but both are just really quality stuff. These guys are somehow not falling off at all, and maybe this is a sign of an LP4 coming soon.

Best of the Rest