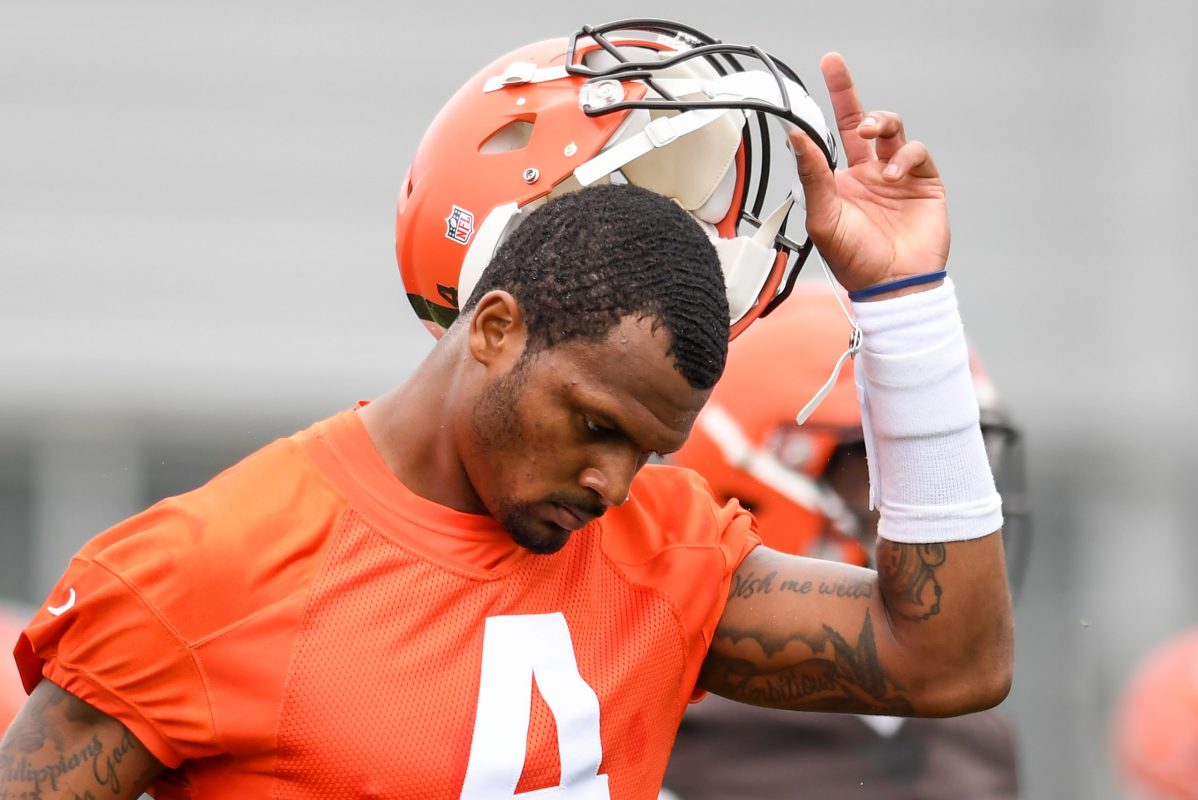 This offseason, the Browns traded first-round picks in 2022, 2023 and 2024, a third-round pick in 2022 and a fourth-round pick in 2024 to Houston in exchange for quarterback Deshaun Watson and a late-round pick. Then Cleveland went even further all-in on Watson, who didn’t play all of last season after requesting a trade as allegations of sexual assault made by more than 20 women and corresponding civil lawsuits swirled around him, by giving him a five-year deal worth $230 million, fully guaranteed.

Now practicing with his new team, Watson (who has maintained his innocence and has not been charged criminally after a pair of Texas grand juries failed to indict him) could still face discipline from the NFL for violating the league’s personal conduct policy. If a new report from The Washington Post is accurate, the league’s punishment of the 26-year-old could be quite significant.

Per a person on Watson’s side of the case who spoke to The Post, the NFL will “probably” seek a suspension of one full season for Watson. That opinion is based on a presentation on the case the league made to the NFLPA and Watson’s representatives. Per The Post‘s sources, the league is hoping to complete the disciplinary process, including the NFLPA’s defense of Watson and the resolution of any potential appeal to NFL commissioner Roger Goodell, by the start of Cleveland’s training camp on July 27.

Cleveland had to be aware that losing Watson for a year was a possibility as the team did him a massive favor and structured his $230 million contract so that he is due to make a salary of just $1.035 million for the 2022 season. Any suspension would be without pay, but Watson would basically only lose about $1 million if he misses next season unless the NFL seeks to have a fine imposed.

If the league suspends Watson for a season and the ban is upheld on appeal, he’ll end up having missed two straight seasons and will be nearly 28 the next time he steps on an NFL field. In that scenario, the Browns would also have to roll with backup quarterback Jacoby Brissett this season unless the franchise can somehow mend fences with former starter Baker Mayfield.

“I can’t control that,” Watson said this week of the NFL’s disciplinary process. “I met with the NFL a couple weeks ago, and I did everything they asked me to do. I answered every question truthfully that the NFL asked me. I spent hours with the people that they brought down. And that’s all I can do is just be honest and tell them exactly what happened. I know they have a job, and so I have to respect that. And that’s what we wanted to do is cooperate. And they have to make a decision [that’s] best for the league.”

What’s best for the league may not end up hurting Watson too much in the wallet, but it could kill the Browns on the field. However this all plays out, unless a settlement is reached, it’ll be fascinating. The clock is ticking til July 27.