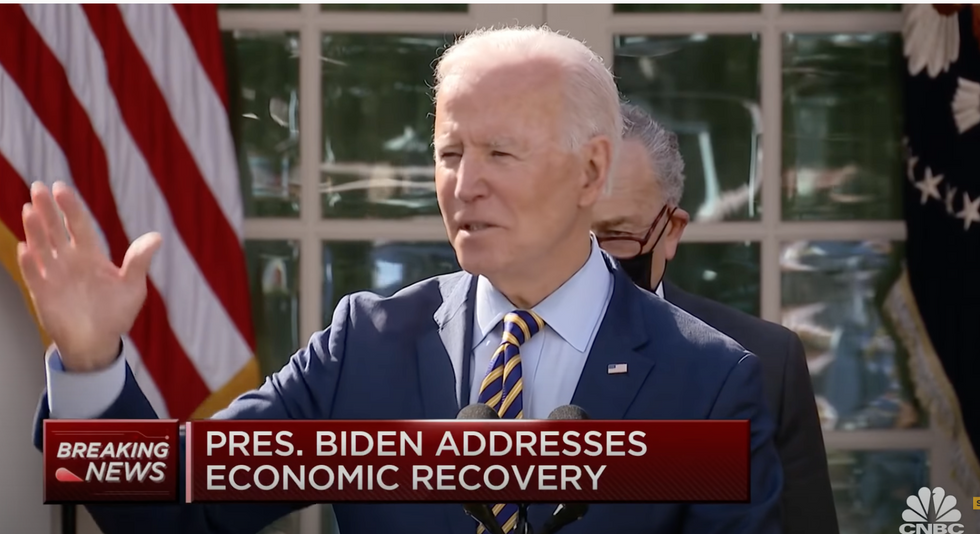 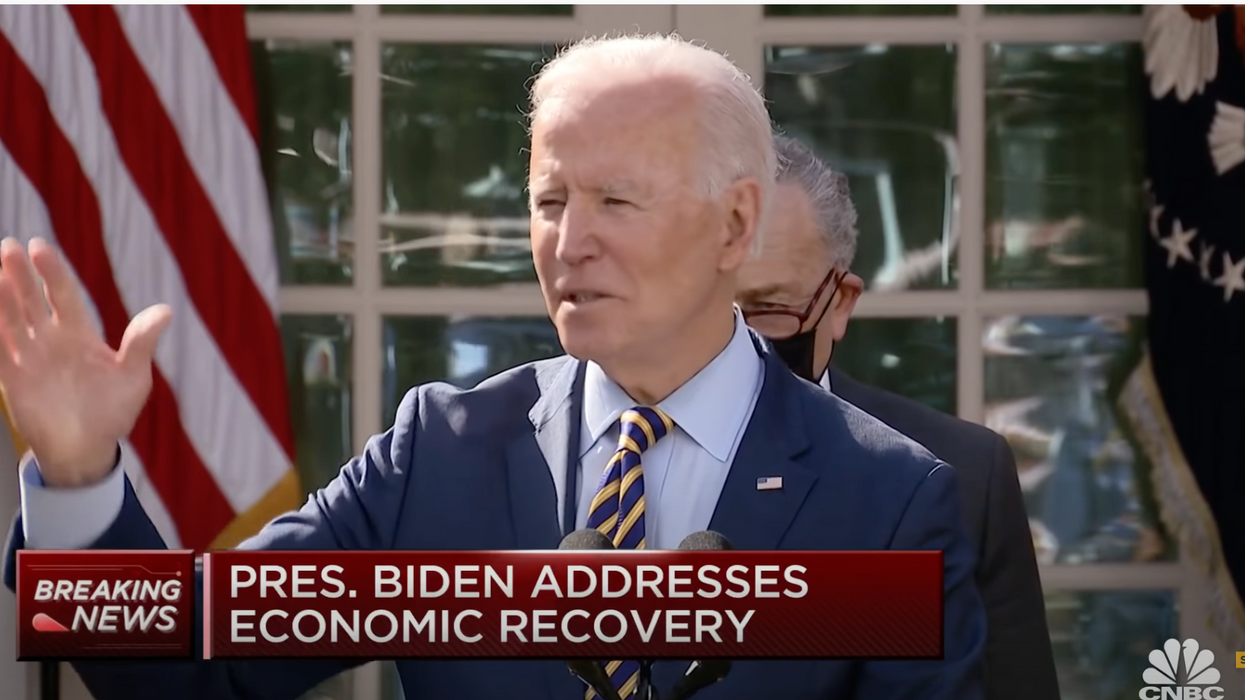 President Joe Biden's $1.9 trillion COVID-19 relief package is pretty damn popular. You can tell because Republicans, none of whom voted for the bill, are trying to sneak into the victory parade. GOP Senator Roger Wicker from Mississippi quickly took credit for $28.6 billion in targeted relief for the restaurant industry. It was in fact his and Krysten Sinema's amendment, but Arizona's senior senator actually gave the stimulus bill the thumb's up. Voting for the final bill is the most important part. Anyone can just offer up amendments.

GOP Rep. María Elvira Salazar got in on the action Friday. She proudly announced on Twitter that “the Biden Administration has just implemented my bipartisan COVID relief bill as part of @SBAgov policy."

The COVID-19 relief bill extends the deadline for Americans to begin paying back Economic Damage and Disaster Loans, and Salazar did author this specific part of the legislation with Kansas Democratic Rep. Sharice Davids. So, it's technically bipartisan, except for the part where Salazar didn't vote for the damn bill because she's a garbage Republican like all the rest of them.

She pats her own back thoroughly:

"Many of our local job creators applied for EIDL loans at the beginning of the outbreak and yet the pandemic has continued to take a devastating toll on our small businesses," said Congresswoman Salazar. "We cannot force our struggling small business owners to repay these loans at a time when many are barely able to keep their doors open. I am so proud that my bipartisan legislation has officially become SBA policy."

The politics of taking credit is all part of the game in Congress, but when then-GOP Senator Dan Quayle wanted recognition for co-sponsoring the Job Training Partnership Act of 1983 with Democratic Senator Ted Kennedy, he had actually voted for the damn bill. In her tweet, Salazar doesn't mention her co-sponsor Davids when raving about her bipartisan COVID-19 relief bill. Struggling business owners would be screwed if it was up to Salazar. Davids's vote was critical in a razor-thin Democratic House majority.

Wicker claimed that “one good provision in a $1.9 trillion bill doesn't mean I have to vote for the whole thing." Sure you do, slick, if you're going to take victory laps over that single provision. An aide for Wicker argued that the senator couldn't possibly support "$2 trillion in poorly targeted spending as was proposed by Congressional Democrats." He doesn't specify which spending was poorly targeted. Was it Salazar's pet project?

This is the new game Republicans are playing: Everything in the relief package sucked ass except for whatever benefits their constituents. They'll slap their name on that like one of the former White House squatter's tacky buildings. It's shameless and as NBC News reporter Sahil Kapur noted likely to backfire, because even these isolated statements of support will "bolster the White House's contention that the package is 'bipartisan' despite the vote tally."

Republicans argue that the American Rescue Plan is a radical socialist wish list, but they can't distance themselves from all the good stuff in it. This is a clear difference from the GOP response to Barack Obama's policies, especially the Affordable Care Act. Mitch McConnell crowed that this total opposition strategy was key to the 2010 Tea Party shellacking.

"We worked very hard to keep our fingerprints off of these proposals," McConnell says. "Because we thought — correctly, I think — that the only way the American people would know that a great debate was going on was if the measures were not bipartisan. When you hang the 'bipartisan' tag on something, the perception is that differences have been worked out, and there's a broad agreement that that's the way forward."

Republicans are largely science-denying but they can't escape the basic math: 74 percent of voters, including 59 percent of Republicans, support the American Rescue Plan. This isn't a complex healthcare law they can lie about for years before voters enjoy its full effects. Biden Bucks are already appearing in Americans' bank accounts. It's not 2010. Republicans might have to find a new play other than obstruction.

Yr Wonkette is 100 percent ad free and supported entirely by reader donations. Please click the clickie, if you are able!