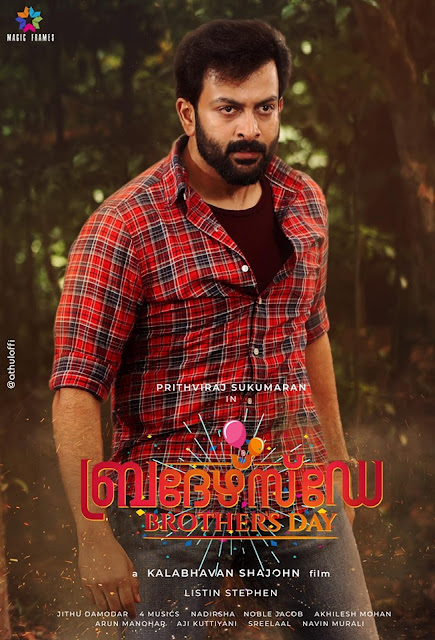 A song called Thalolam Thumbippennale with the catchphrase Zing zig a zig zig plays at a birthday party right before the interval of the Malayalam film Brother’s Day. With no particular relevance to either the setting (Kerala) or the characters in the story (not one of them a Hindi bhaashi), the number begins with some Hindi lines. A few minutes earlier, a group of turbaned men had appeared but not said a word in a room where the hero was meeting a friend. A large group of similarly turbaned men turn up to back an ensemble of Malayali characters as they dance wildly to Thalolam Thumbippennale with moves that mimic the Bhangra. Those background figures are presumably Sikh, although the shape of their turbans shows very poor research on the part of the director. The movie maybe Malayalam and the actors all well-known Mollywood stars, but the song resembles one of those trite, large and loud Hindi/Punjabi wedding song ‘n’ dance numbers that Bollywood would once routinely and mindlessly chuck into films, numbers that are gradually – thankfully – now getting outmoded in Hindi cinema.
That scene exemplifies everything that is wrong with Brother’s Day: it is a poorly scripted film that does not bother with detailing, it is imitative, it is packed with clichés, it is not faithful to its roots, it aspires to be something that it is not but does not do enough homework to accurately be whatever that other thing is, and it lacks finesse. Such casualness is particularly galling because actor-turned-writer-director Kalabhavan Shajohn has assembled a fantastic cast for this project.
Brother’s Day stars Prithviraj Sukumaran as Ronnie whose work in the hospitality industry brings him in touch with a wealthy and happy-go-lucky elderly gentleman called Chandy (Vijayaraghavan) and his daughter Santa (Aishwarya Lekshmi). Ronnie is devoted to his sister (Prayaga Martin). Early on he bumps into a woman who has obviously been marked out by the script as a potential ‘love interest’ (Madonna Sebastian).
A character played by Prasanna runs a blackmailing racket with several accomplices, and is a constant mysterious presence in the background. 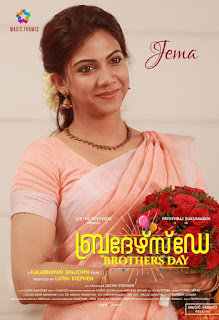 Multiple twists are forced into this thriller. Multiple sub-plots are thrown in to fill it out. Scenes are written and shot without much thought.
Sample this. A minor supporting character is introduced as a “Bangali” and is meant to be one of the numerous Bengali immigrants who can now be found working in Kerala – the actor playing this part, however, does nothing to camouflage his very pronounced Malayalam accent.
Or sample this. Ronnie is shown standing on a pier confiding in a friend about his tragic past. He is so heart-broken that he sobs as he speaks. She seems like a considerate woman. Yet as he finishes his story and turns to her, the camera pulls out to show her turning her back on him and walking away in slow motion in an aerial shot that is visually grand but makes absolutely no sense. 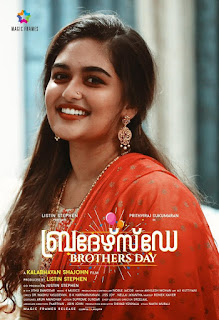 Or this. We learn at one point that Chandy’s daughter Santa is named after another character who was dear to him. Yet the film also features a scene from her childhood in which she is shown gazing at a group of people dressed in Santa Claus costumes accompanied by a couple of nuns, all of them gazing back at her one Christmas Day. Perhaps that was meant to be artistic and profound imagery, but in truth it is kind of laughable.
This is a film about extreme violence that fails to evoke any empathy for the survivors because they are so sketchily written. In fact, it does not seem to care much about them. They are just by-the-ways as Kalabhavan Shajohn obsesses over his primary preoccupations: making his villain intimidating and hero all-powerful. Among the instruments at his disposal is what seems like a sizeable budget for cinematography, but how does it help that Kerala looks picturesque through Jithu Damodar’s camera if the storytelling is so cold? And oh god, what is one to say about that over-emphatic background score? 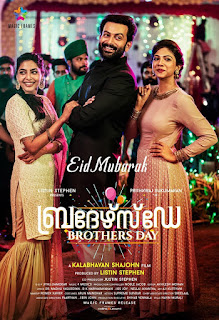 The bad guy is a blackmailer, rapist and serial killer. He employs various means to ravage his victims. He is also assigned an ominous signature whistling tune and a vicious dog. Like him, Ronnie is filled with ideas for how to bash up and twist human bodies. Despite this, the action scenes come off looking limp.
Any entertainment to be drawn out of Brother’s Daycomes entirely in the first half in the banter between Ronnie and his friend Munna played by Dharmajan Bolgatty. Of course it is all silly slapstick stuff but silly slapstick stuff never hurt anyone if it is inoffensive and you are in the mood for relaxation that does not exercise your brain too much. What does hurt is to see the gifted Prithviraj Sukumaran squander his talent on the generic thriller material that follows. When that happens in a film that also under-utilises the lovely Aishwarya Lekshmi and Madonna Sebastian, it is completely off-putting. After delivering excellent performances in substantial roles so early in her career with Njandukalude Nattil Oridavela, Mayaanadhi and Vijay Superum Pournamiyum, Ms Lekshmi’s decision to be a part of Brother’s Dayeither shows poor instincts or is a measure of the limited options available to women in Mollywood.
Towards the beginning of Brother’s Day, Ronnie references the Archangel Lucifer in what is clearly a bow to Prithviraj's directorial debut earlier this year. Lucifer starring Mohanlal, another recent film with a mythological title, the Nivin Pauly-starrer Mikhael, and last month’s Tovino Thomas-starrer Kalki that took its name from Hindu tradition, belong to a genre of men-centric Malayalam cinema characterised by intellectual pretentions that unwittingly underline their vacuousness, high-decibel music, assembly-line scripting and stereotypical camerawork designed to build up the leading men as larger-than-life creatures. The basic storylines may change but they fit a fixed template, the degree of over-statement may vary but the cinematic vision remains exactly the same. For instance, Brother’s Day does not get as raucous as Mikhaeland Kalki, and – despite its inexplicable disinterest in the impact of violence on the human beings on its canvas – it is not as nauseating as those two films either.
Prithviraj Sukumaran is a powerful male star with a multitude of choices available to him, living in an era in which a quieter, gentler Malayalam cinema is winning hearts nationwide. He has done films like Koode that have showcased his acting brilliance. And then he settles for this pointless film?
Rating (out of five stars): *1/2
This review has also been published on Firstpost:
https://www.firstpost.com/entertainment/brothers-day-movie-review-prithviraj-sukumaran-does-a-less-noisy-version-of-mikhael-7302221.html