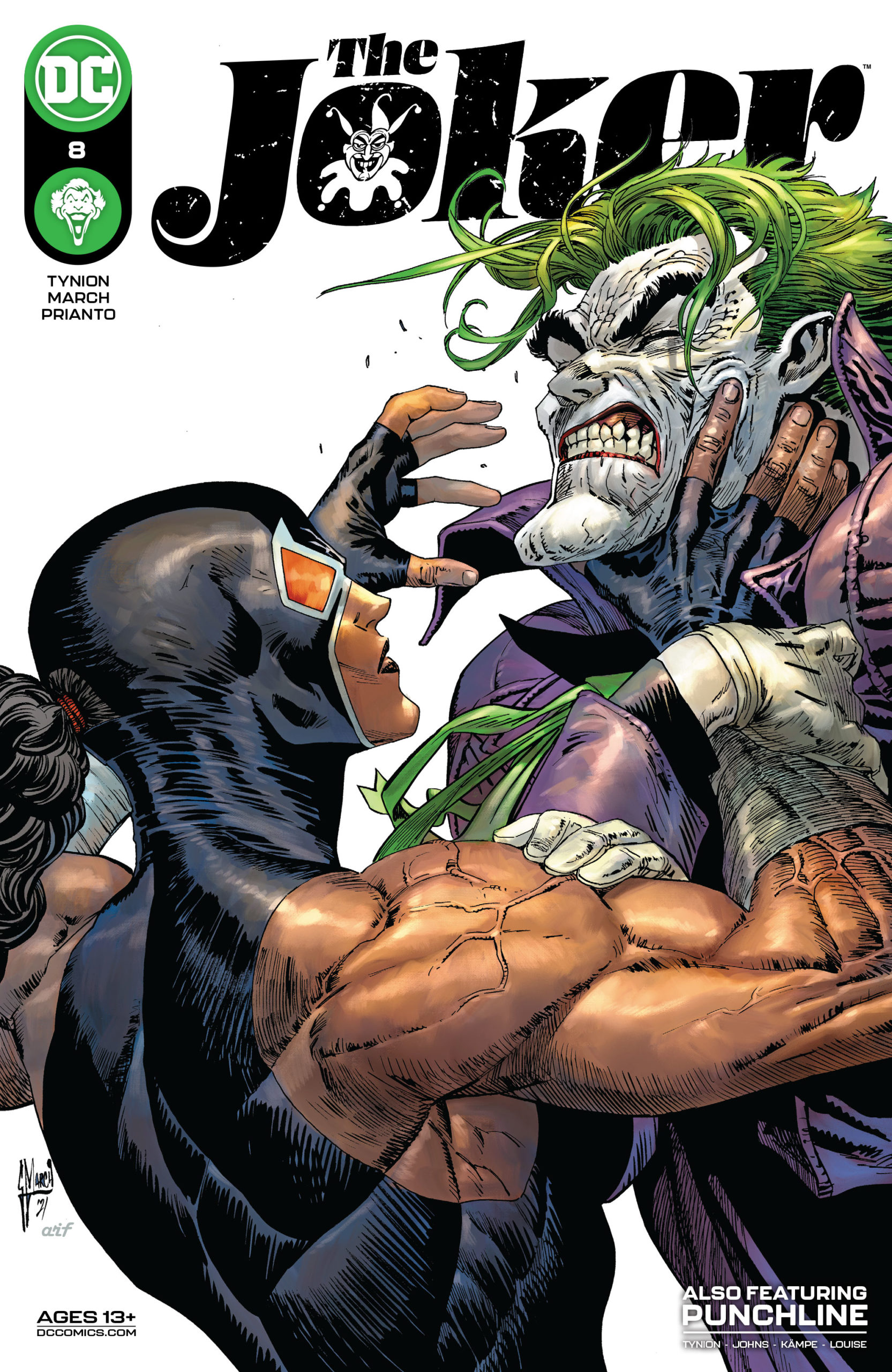 I was never meant to question what I was, or why I did what I did…
– Lady Bane

Jim Gordon was warned, to “head back to the light while you still can,” but his quest to apprehend The Joker is taking him deeper into darkness. Lady Bane isn’t interested in anyone ignoring her directives, so could The Joker actually be innocent of the attack on Arkham Asylum? The curtain is pulled back more on Lady Bane’s origins in The Joker #8, which could mean she could be the scapegoat for Gordon’s contracted task… to kill The Joker!

Punchline Back-Up: It’s a jailbreak as Bluebird must escape from Blackgate before Punchline and her gang can murder her!

Lady Bane’s revelations mean that there’s more going on in Santa Prisca than met the eye. Bane is a legend, however, those behind the building of that legend couldn’t let go of a potential demise of Bane. This issue contributes more than a chase to find Joker, it’s also going to be known as the one that pulled back the curtain on explaining Lady Bane’s origin.

Sam Johns’ grasp of all things “Joker” is pretty extensive and the hidden lab with the missing Batman vial… yeah, no spoilers here on that one. Johns has obviously planted some seeds for a new catastrophe impending, and if not, then this is one heckuva few pages that should be worthy of its own storyline.

Art is key in this book. The penciling, the shading, the colors are all popping. Purple never had it so good and Lady Bane is every bit of a baby born out of Venom. It’s clear that Rosi Kämpe and  Guillem March did their homework in anatomy class!

Oh… lest we forget, The Joker #8 also serves up another chapter of Punchline, which has developed quite the cult-like following both for readers and within the book. In such a short time with the Clown Prince, she has already delved deep into his manipulative ways! She’s scary in how she can manipulate everything even from behind bars. Once again, in such a short time she’s become connected to all things and can manipulate anyone! I love where this character’s going!

Where is Alfred’s daughter? You cannot just drop that on us in issue #7 and then not follow through! I know we got a LOT of information about Lady Bane, but Julia Pennyworth’s existence is a pretty huge thing, and it deserves some ink time!

Two issues in a row and the main man (No, not Lobo… The Joker) has not made an appearance. There’s a lot of stuffing to digest, but we need the main dish. Let’s hope that The Joker is around the corner.