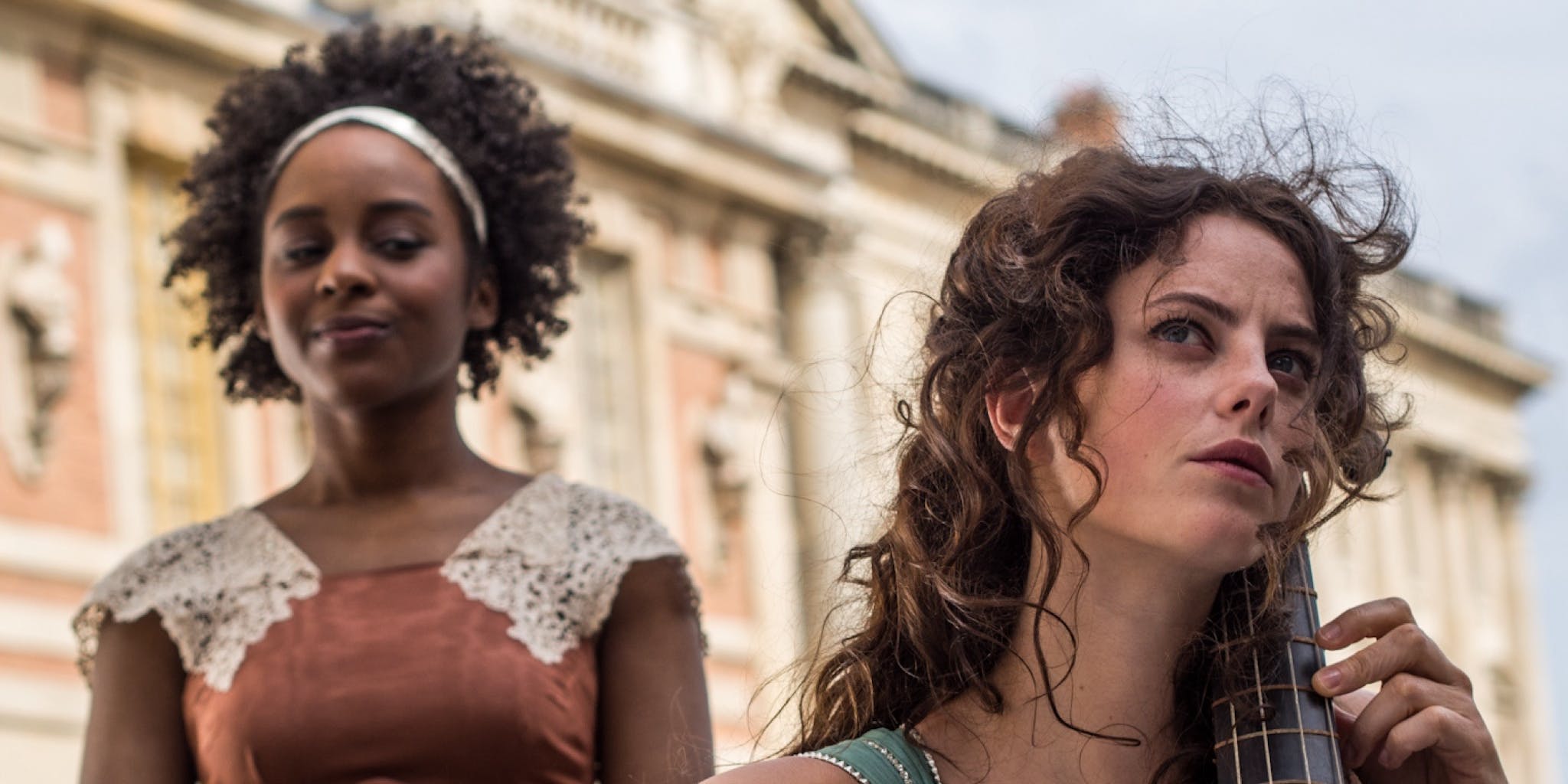 Review: ‘The King’s Daughter,’ the Pierce Brosnan mermaid movie they didn’t want you to see 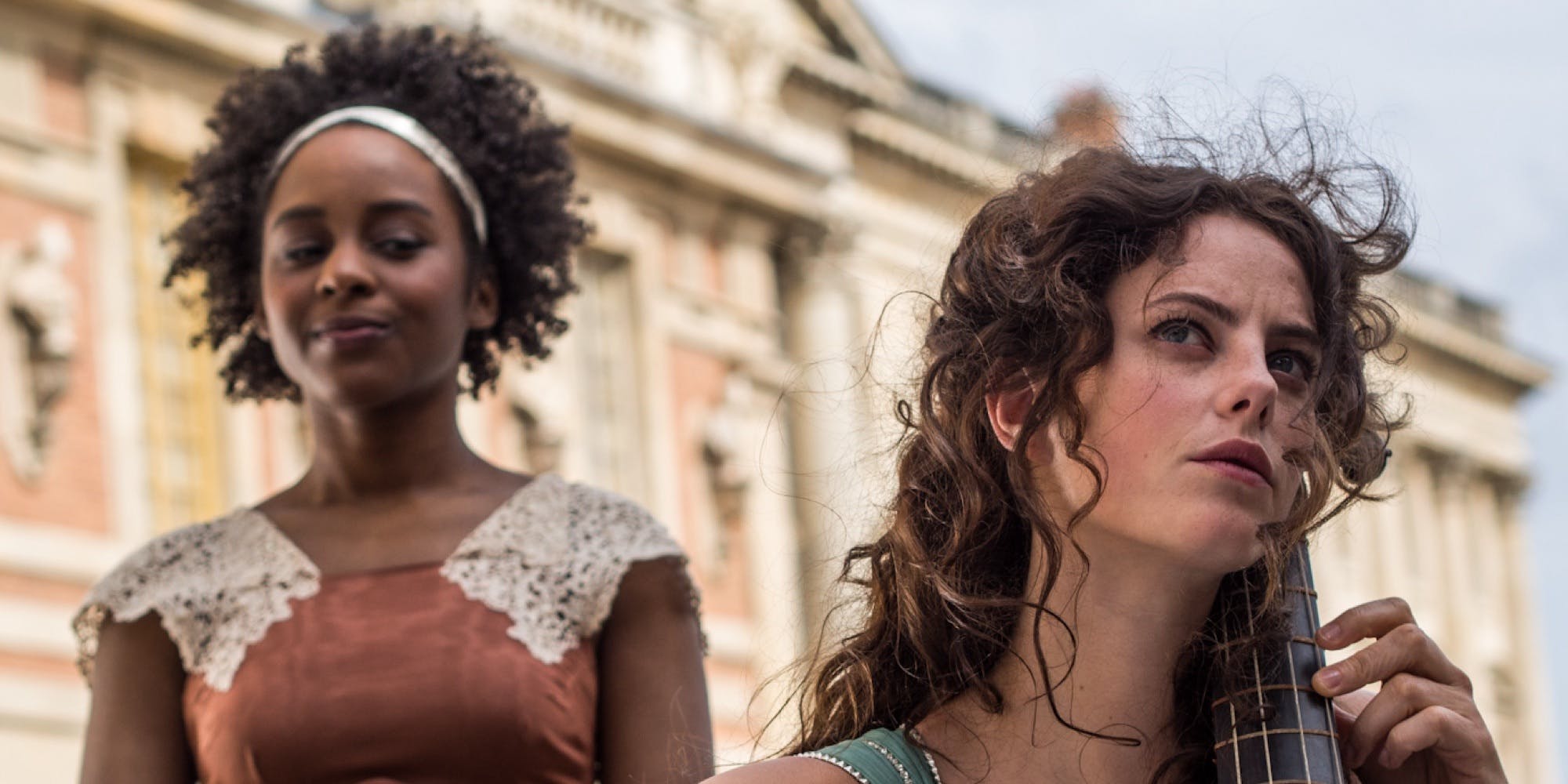 In terms of pure longevity, The King's Daughter is my most-anticipated new release of the year. Filmed in 2014 and then mothballed by Paramount Pictures for convoluted reasons, this mermaid fantasy movie arrives a full eight years after production wrapped. That kind of backstory inevitably inspires some curiosity.

On paper, The King's Daughter is an enticing prospect: A sweeping historical fantasy based on an award-winning novel, starring a promising cast. Pierce Brosnan as King Louis XIV of France. Julie Andrews as the narrator. The heroine is played by Kaya Scodelario, a talented Skins alumnus who broke out alongside Dev Patel and Nicholas Hoult. And as the mermaid, we have Chinese star Fan Bingbing.

This film was delayed for so long that in the intervening years, Fan Bingbing had time to get canceled for tax evasion, be detained by the Chinese authorities, and subsequently make a full comeback. If anything, she's too famous to be here—a detail that makes more sense when you realize the minimal amount of actual mermaid content. Her main job is to have her face superimposed onto a CGI mermaid body.

Scodelario stars as Marie-Josèphe, the unacknowledged daughter of Louis XIV. Director Sean McNamara (who specializes in children's movies like Bratz) sets the tone for a fairytale with a distinctly made-for-TV atmosphere. Think Disney Princess meets Horse Girl, except the horse in this equation is a mermaid who the king of France wants to murder for her magical lifeforce.

Raised in a convent, Marie-Josèphe moves to her father's palace as an adult, where she's immediately shunned by the Mean Girl courtiers. Pierce Brosnan has lots of fun playing a comedic and heavily bowdlerized version of King Louis, but one day Marie-Josèphe discovers his dark secret: He's kidnapped a mermaid and locked her in an underground cave.

While the king sees the mermaid as a source of power, Marie-Josèphe sees her as a kindred spirit. This rather threadbare and trope-driven conflict makes more sense if we assume that she and the mermaid have chastely fallen in fairytale love. (Marie-Josèphe does have a male love interest, but since neither relationship is particularly fleshed-out, one's imagination is free to fill in the gaps.)

With a more straightforward creative history or a less-famous cast, The King's Daughter would not be noteworthy. But the clash of cheap and expensive vibes here is oddly fascinating. It was filmed on location at the actual palace of Versailles, and cost a respectable $40 million—more than twice the budget of The Green Knight. Yet the overall aesthetic resembles disposable nonsense like The Princess Switch, featuring absurdly ahistorical costumes (Regency-era? 2010s Gossip Girl? Department store prom dresses?) and an exaggerated glow of digital color-correction. The visual effects are just bad, an obvious problem when your film stars a famous actress/model playing a CGI sea creature.

Mystifyingly, The King's Daughter is coming out in theaters rather than an immediate VOD release. Obviously, I don't recommend it. Even if we weren't in the middle of a pandemic, this movie is neither good nor bad enough to be worth a cinematic experience. It's more of a tween sleepover movie with an oddly high-quality cast. You can understand why the studio was in no rush to release it.

The post Review: ‘The King’s Daughter,’ the Pierce Brosnan mermaid movie they didn’t want you to see appeared first on The Daily Dot.

Review: ‘The King’s Daughter,’ the Pierce Brosnan mermaid movie they didn’t want you to see