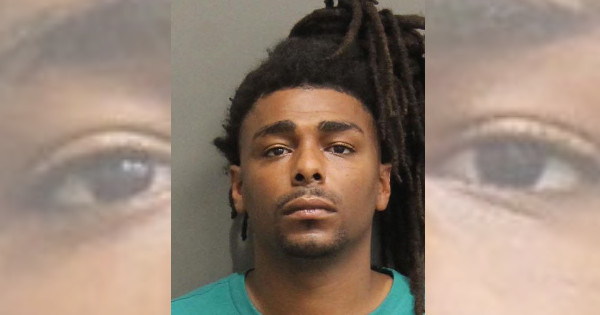 25-year-old Zacheus Britt was charged with domestic assault after he grabbed his ex-girlfriend by the hair, dragged her for several feet, and threw her to the ground because he was upset at her for asking why he was there, per report.

On March 17th, officers were called to 2715 Whites Creek Pike in reference to an assault. Upon arrival, Kasmere Draine reported that her ex-boyfriend Zacheus Britt came to the location and assaulted her. She went further to say that when he arrived, she confronted him and asked why he was there.

According to the affidavit, Zacheus then became argumentative and refused to answer her questions. Kasmere remained persistent and that’s when Zacheus pushed her away, grabbed her by the hair, dragged her several feet, and then threw her to the ground and left.

A witness that was present corroborated Kasmere’s story. Officers noted there were no visible injuries on Kasmere, but she was complaining about pain during their investigation. She was checked by paramedics before leaving the area.

On June 24th, Zacheus Britt was arrested and charged with domestic assault. His bond was set at $2,500.