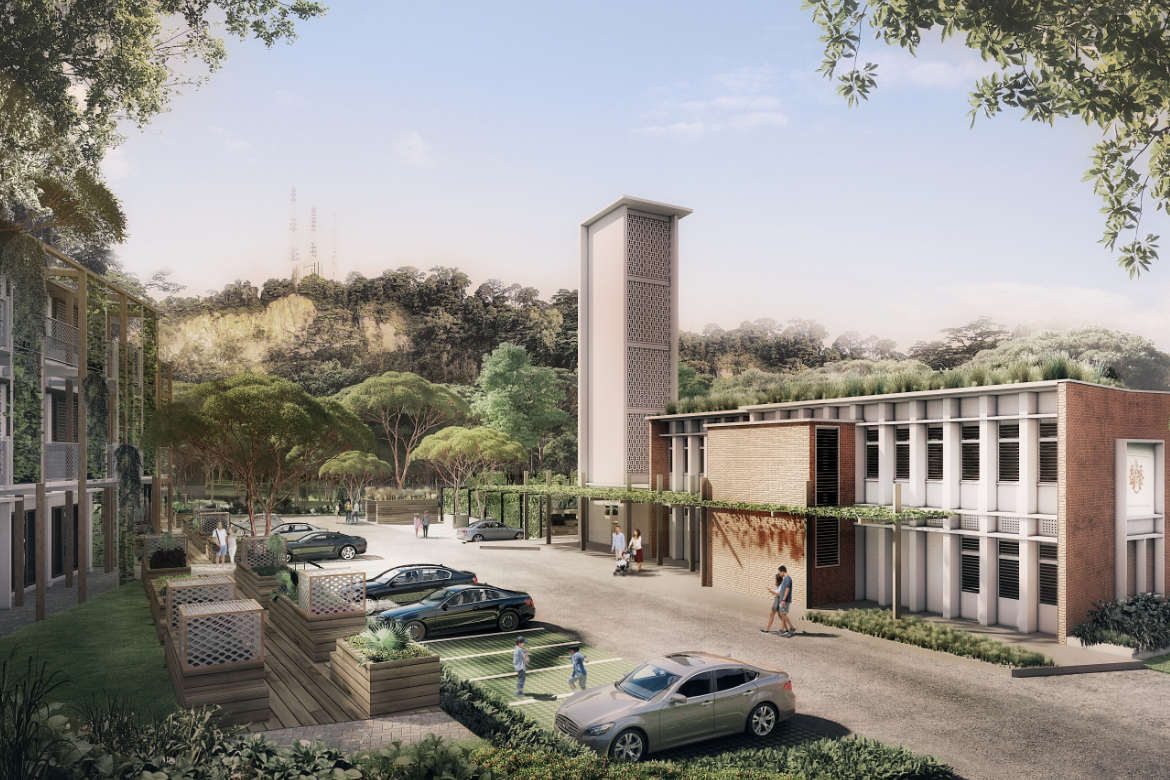 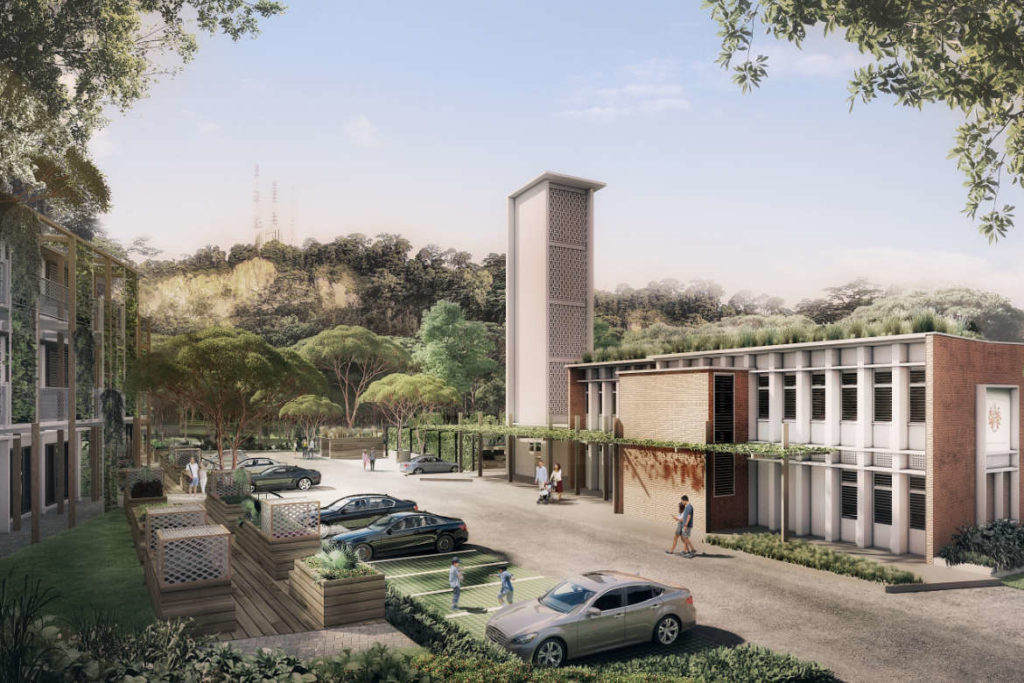 When it comes to building conservation, who decides which buildings and sites are worth conserving and how can we make the best use of what may no longer be deemed useful by some? This is the question that has been near and dear to WY-TO Singapore and Provolk Architects (part of the WY-TO Group) – the two architectural firms that are taking an active stance towards the conservation of modern architecture in Singapore through repurposing and adaptive reuse.

Yann Follain and Jonathan Poh, the two directors of the respective firms whose joint proposal Good Food, Good Life has recently won Singapore’s first C40 Reinventing Cities Global Competition, see building conservation as not just a tool to preserve links to local heritage but also as a way to a sustainable and resilient future for generations to come.

Poh, who, a few years back, initiated the successful campaign to save portions of the Dakota Crescent estate from demolition and who has been actively involved in heritage work with DoCoMoMo’s (Documentation and Conservation of the Modern Movement) Singapore Chapter, is optimistic about the future of modern building conservation in Singapore. Taking the recently-acquired gazetted status of the landmark Golden Mile Complex as a positive example of the government changing its stance on modern building conservation, Poh believes that Singapore is entering the era in which modern heritage is starting to be seen as valuable and worth conserving.

“We’ve already gone through the colonial era preservation frenzy and now there is a groundswell of interest towards the country’s modern heritage,” says Poh. “There is a better understanding of the links to our own childhood and memories associated with modern architecture that many people hold close to their hearts.”

True to Poh’s words, while Singapore has lost a few of its modern gems along the way, including the iconic Pearl Bank Apartments to make way for a new redevelopment called One Pearl Bank, other buildings and previously overlooked sites are starting to be seen in a new light due to the efforts of groups like DoCoMoMo, Singapore Heritage Society, grassroot organisations and NGOs. Adaptive reuse, in particular, is becoming a more widely-accepted alternative to demolition that can benefit developers and communities alike.

One of such projects that implements a creative adaptive reuse approach in lieu of demolition is WY-TO and Provolk’s winning proposal for the C40 Reinventing Cities competition. Their idea is to transform the historical Bukit Timah Fire Station into an environmentally sustainable lifestyle hub that integrates urban farming, wellness, and nature-based activities.

Just as luck had it, WY-TO and Provolk were on a lookout for an innovative competition when C40’s Resilient Cities competition launched in early 2020. “After the success of the first C40 competition that took place in Paris, C40 reutilised the same competition system for cities around the world,” recalls Follain. “This system called for entries that sought design solutions for difficult-to-build-on sites (deemed difficult due to stringent regulations) and required proposals for partnerships with local developers, investors and partners/tenants that would commit to supporting the project once it came to fruition as part of the competition requirements.”

The competition brief was broad enough to allow WY-TO Group and its partners to create a design solution that repurposed the Bukit Timah Fire Station into a conscious recreational space as an effective response to the conditions and surrounding context of the site. The proposal that sought to bring back the essence of the fire station’s original historic context and blend it with the programme that centred on urban farming and educating people about growing food was driven by rigorous research and analysis of the buildings and the site.

“We did not start with a grand architectural gesture, but instead, we looked at the programmatic needs first,” discloses Follain. “By looking at the context to understand what the site could become and by curating a narrative driven towards food security and reconnecting with nature, our design parameters, and subsequently, the design itself emerged.”

Indeed, the proposal for the adaptive reuse of the Bukit Timah Fire Station and its surrounds creates a community-driven hub centred on food and circularity. Here, conservation does not stop at just preserving the fire station as a landmark building. It takes a step further by anchoring the site and the narrative of the site to its context. The proposal reveals what the Bukit Timah area once was, while also adding a strategic planning layer to the site to become a recreational hub that collectively influences conscious lifestyle behaviours.

To this extent, WY-TO Group’s winning design for the Bukit Timah Fire Station is as much responsive to the specificity of its site as it is forward-thinking in terms of conservation in general. The design solution not only aids in preserving links to community heritage but also presents a sustainable solution of reducing waste generation by reusing, repairing and recycling existing infrastructure. With the approach taken to the fire station, Follain and Poh are hopeful to influence the next generation of architects and designers in Singapore and beyond.

“Conservation and what is important to conserve have a lot to do with the building’s or site’s narrative,” affirms Follain. “If we forget the story of the building, then we lose its value. Thus, the effort undertaken by many different groups to conserve the narratives that have defined Singapore up until today will lay the foundation for the future of conservation in this country.”

Related: Mobile Lotus By WY-TO: Learning To Design For Your 99 Per Cent