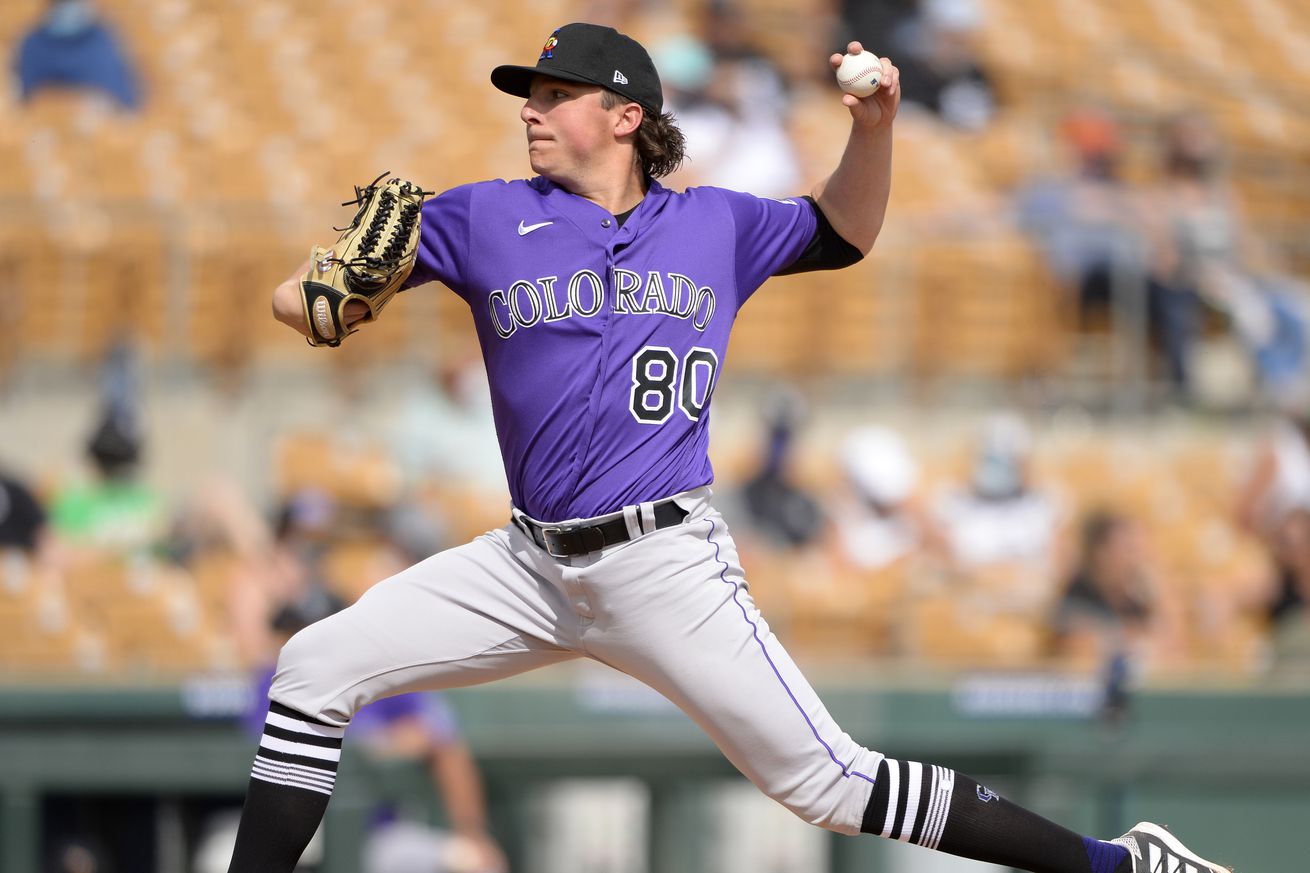 The Rockies’ selections are unsurprising; some of their omissions are

The Colorado Rockies announced today that they have selected the contracts of pitchers Noah Davis and Ryan Rolison and shortstop Ezequiel Tovar.

Noah Davis was part of the trade that saw the Rockies sending Mychal Givens to the Cincinnati Reds in exchange for Davis as well as former Rockies draft pick Case Williams. In High-A Spokane, Davis went 3-1 with a 3.60 ERA (35.0 IP, 14 ER), eight walks and 29 strikeouts in six starts. He was originally drafted by the Reds in the 11th round of the 2018 Draft. Davis attended the University of California, Santa Barbara and has gone 7-10 with a 3.86 ERA (142.1 IP, 55 ER) in two career Minor League seasons.

“Guys that can command their secondary stuff like that, it’s just pitching,” Spokane Indians manager Scott Little said after Davis’ first pitching appearance after the trade. “He was outstanding.”

The decision to protect Rolison came as no surprise. He was the Rockies’ first-round draft pick in 2018. The left handed pitcher, former from the University of Mississippi, missed two months of the 2021 season due to injury, while spending the bulk of the season with Triple-A Albuquerque, earning a 2-2 record with a 5.91 ERA (45.2 IP, 30 ER) over 10 starts.

Currently, Rolison is playing Winter Baseball as a member of the Tigres de Licey. (If you have an MLB.TV subscription, you have free access, and the games are very fun.) Here’s Rolison after his Tuesday outing, which saw him pitching five innings, giving up three hits, one run, and two walks while striking out six.

Equally unsurprising was the decision to select the contract of shortstop Ezequiel Tovar, who is widely believed to be the next great Rockies shortstop.

The Rockies elected not to protect several notable players from the Rule 5 Draft, including outfielder Jameson Hannah (No. 23 PuRP), catcher Willie MacIver (No. 22 PuRP), infielder Eddy Diaz (No. 14 PuRP), and pitchers Mitchell Kilkenny (No. 27 PuRP), Jake Bird (No, 50 PuRP), and Reagan Todd. The omission of MacIver is a bit surprising giving his promotions in 2021 and his appearances in the Futures Game and the Arizona Fall League.

The Rockies currently have 39 players on their 40-man roster.