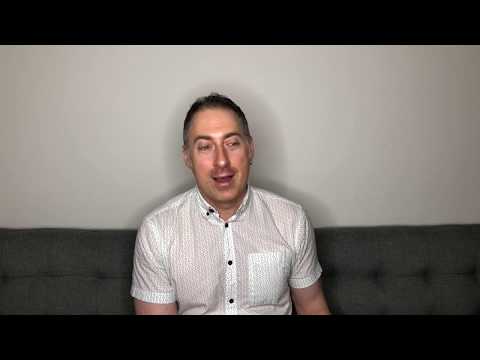 Roundup: Pearl-clutching about the deficit

For the first time this week, prime minister Justin Trudeau held a presser, wherein he praised the agreement with the First Nations on moving ahead with transferring control over child welfare, mentioned the virtual Cabinet retreat that was held over the previous two days, and mentioned that new pandemic modelling was on the way, noting that there are still hot-spots around the country. And then it was the takeaway message of the day – a mere couple of hours away from the fiscal “snapshot” being delivered, Trudeau made the case that they chose to support Canadians rather than leaving them to fend for themselves, and that the cost of doing nothing would have been far greater on both healthcare and the economy. He reiterated that this was not the time for austerity, but that they have been building a “bridges” to a stronger, more resilient Canada, and drove home the point that the federal government took on debt so that ordinary Canadians wouldn’t have to. He pointed to the low debt-to-GDP ratio, and that historically low interest rates mean manageable borrowing costs. And with one final word on Bob Rae being appointed to the UN, he took questions, one of the first of which determined that he didn’t recuse himself when the WE Charity sole-source contract came before Cabinet, which is something the Ethics Commissioner is looking at. He spoke about the necessity of childcare, that Bill Blair has been engaged on the subject or the RCMP and police brutality as part of the broader Cabinet workplan on combatting systemic racism, that they were following the recommendations of the Auditor General on CBSA, and then reiterated again that with historically low debt-servicing costs, it was easier for the federal government to take it on in order to prevent Canadian households from having to do so. When asked about the relationship with Donald Trump, Trudeau once again reiterated that they have concerns about the possibility of new tariffs, and that it will only hurt American industry because they need Canadian aluminium as they can’t produce enough of their own.

And then the fiscal “snapshot.” While Bill Morneau’s pabulum-heavy speech was pretty much all self-congratulation and a recap of measures they’ve taken, the accompanying documents did show a $343 billion deficit projected for this year (though it has been speculated that this was an outer bound limit designed for them to come under), and that the total debt by the end of this fiscal year could be $1.2 trillion – numbers everyone clutched their pearls about while ignoring that the debt-servicing costs continue to decrease even though the size of the debt has increased. There was mention that the wage subsidy is going to be extended, but with modifications on the way “sooner than later,” but there wasn’t much indication about the broader recovery plan thus far.

The difference between a recession and a depression, most likely. https://t.co/F9XZM5RMoc

Of course, the obsessions among all of the media coverage was the deficit and debt figures, because our reporting narratives remain firmly affixed in the mid-1990s, and no one can break free of them – not to mention the hyperbolic mentions about how this was the biggest deficit since the Second World War (never mind that this is a virtually unprecedented global pandemic we’re facing with a demand-side shock that people can’t seem to wrap their heads around). And because the framing devices remain in the 1990s, headlines obsessed that there wasn’t a plan to curb spending – because of course we know how the epidemiology of this pandemic is going to play out until we get a vaccine at some point in the future. But perspective? You need to turn to the economists on Twitter for that.

Since I see some people comparing the federal debt to that which we had back in the 1990s, this is an important consideration that I don't see being referenced pic.twitter.com/LFK1GevC6n

And here it is by source pic.twitter.com/g6aJZ3ZltV

I am going to really disagree about Scheer raging on red tape. We actually need regulations to give people the confidence to get out there spending and regulations to protect our labour force.

Seems @AndrewScheer needs to read the @policy_school paper on Canada’s tax competiveness. We are extremely competitive. https://t.co/RGKPBT3GG0 ensure continued economic recovery from the pandemic we needs regulations to prevent us having a second wave like the US. https://t.co/T4Cbr12qxW

My latest for the CBA’s National Magazine looks at how the Ontario government may have shielded itself from pandemic-related lawsuits.

Roundup: Pearl-clutching about the deficit