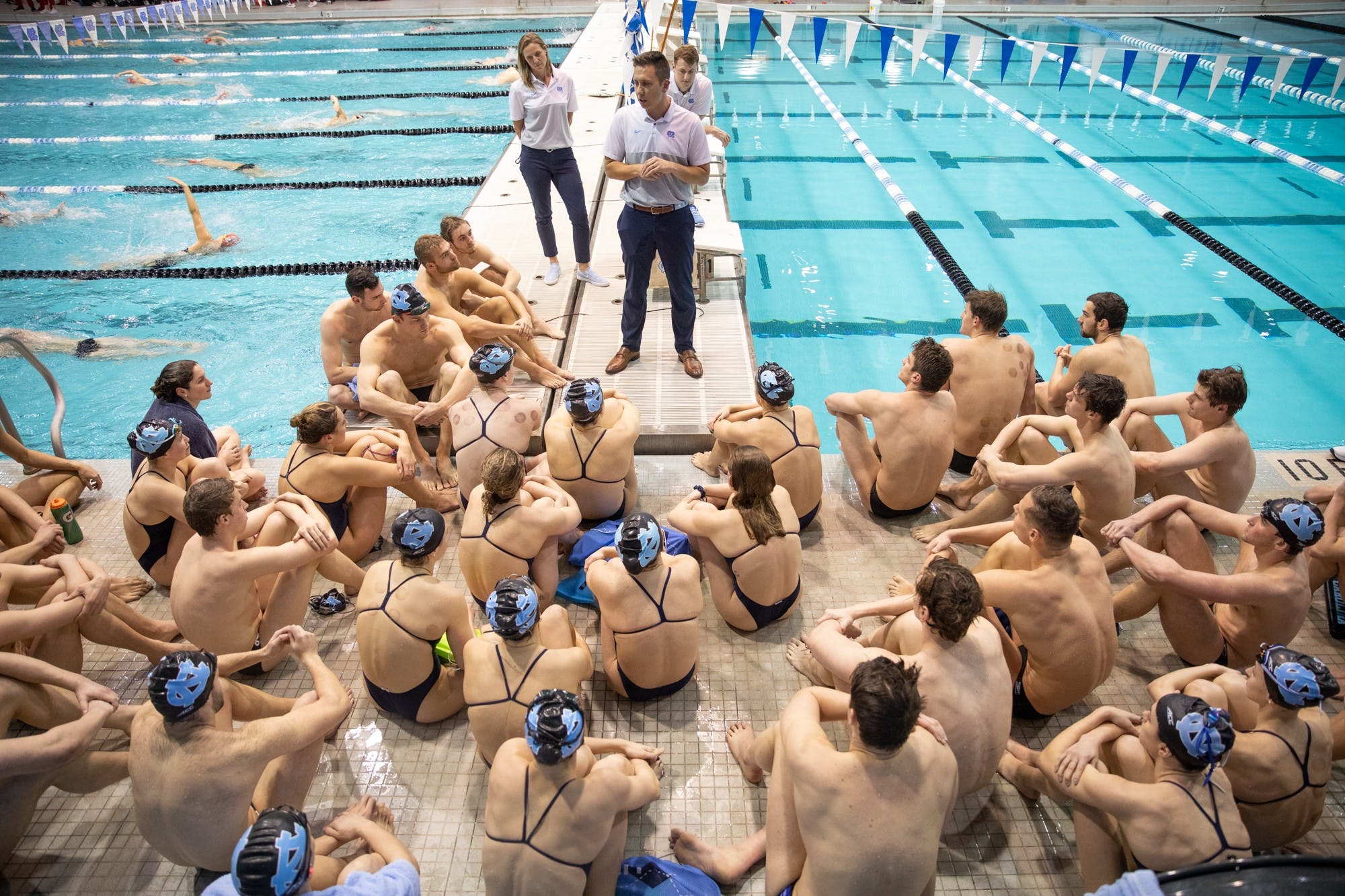 The North Carolina swimming and diving team hosted the Janis Hape Dowd Invitational at the Koury Natatorium in Chapel Hill from Thursday Dec. 3 until Saturday Dec. 5. The Tar Heels finished second in a field that included N.C. State, Duke and Virginia Tech.

The first day of the meet resulted in several significant placements for North Carolina. In the 200-yard freestyle relay, UNC's team of Grace Countie, Heidi Lowe, Sophie Lindner, and Brieanna Romney placed second. In the 100-yard butterfly, Lindner and Ellie VanNote finished fourth and fifth, respectively. That night, Countie and Lowe competed once again, finishing fourth and fifth in the 50-yard freestyle. The night ended in a second place for for Countie, Lindner, Lowe and Lilly Higgs in the 400-yard medley relay.

The second day of the Dowd Invitational was even more successful for the Tar Heels, with a program record being broken in the 200-yard medley relay. Hill, Valdas Abaliksta, Poelke, and Messenger beat UNC's previous record with a time of 1:24.26, automatically qualifying the group for the NCAA Championships.

The women's 200-yard medley relay team was also successful, with Countie, Allie Reiter, Lindner, and Lowe placing second. Another UNC women's swimmer also finished second in her event, Amy Dragelin, in the 200-yard freestyle. Sungalia and Dimitriou finished third and fourth, respectively, in the same event for the men. Linder placed fourth in the 100-yard freestyle, while Hussey also finished fourth in the 400-yard individual medley.

Day two of the Dowd Invitational drew to a close with the men's 800-yard freestyle relay, which resulted in a second place finish for the Tar Heels' men's team.

Abaliksta served as a major contributor for the Tar Heels, coming in first place in the 200-yard breaststroke.

Lindner got her personal best time in the 200-yard backstroke, placing third amongst the women. Chris Thames and Alex Mays had strong performances in this event as well, placing third and fifth, respectively.

Addison Smith also achieved a personal best on Saturday when she placed fifth in the 200-yard butterfly.

UNC thrived in the 100-yard freestyle as well, with Hill and Sungaila finishing second and fourth and setting new personal bests. Lowe, Romney and Countie finished fourth, fifth and sixth in the women's 100-yard freestyle.

For the men's team, the 200-yard medley team of Hill, Abaliksta, Poelke and Messenger put together an elite performance in setting a new UNC record. Countie and Lowe stood out for the women, placing in multiple events and helping lead the way for North Carolina's women in relay events.

When was it decided?

Why does it matter?

The Tar Heels had a strong showing at the Invitational against an elite collection of ACC talent. In just the second year of head coach Mark Gangloff's tenure, the Tar Heels have continued to perform well during what has been an unusual season. UNC finished second as a unit in a field that included four opposing ranked teams between the men and women.

When do they play next?

The Tar Heels will head to Atlanta, Georgia for the Toyota U.S. Open from Dec. 5 through Dec. 7.