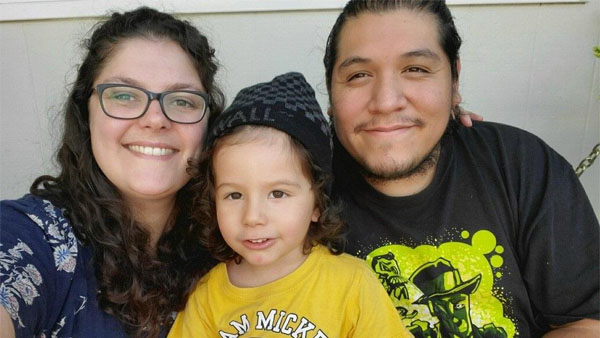 Safety at Sea-Tac | $15 for contractors | Shame on Starbucks

► From KING 5 — Police shortage caused by COVID-19 vaccine mandate putting Sea-Tac Airport visitors at risk, union says — The union representing Port of Seattle police told port officials they have “extreme concern” over the safety of the people they represent and the public traveling through Sea-Tac Airport due to a staffing shortage. In a letter to Port of Seattle Executive Director Stephen Metruck, Teamsters Local Union 117 wrote the COVID-19 vaccine mandate is putting “your employees and the public at great risk during the holidays.” The union points to the port’s refusal to allow 17 police department employees who haven’t been fully vaccinated to return to work. Those employees — 14 officers, sergeants, commanders and three traffic specialists — have received at least one dose of the vaccine, according to the union.

► From the News Tribune — Longview paper mill fined nearly $140,000 after failing to report COVID-19 infections, death — WestRock Services LLC, a paper mill in Longview in Cowlitz County, has been fined almost $140,000 after one worker died and more than a dozen others were infected with COVID-19. According to a news release from the State Department of Labor & Industries, 15 workers who worked at the same machine were diagnosed with COVID-19 in March and April. Two people were hospitalized with the virus and one person died.

► LIVE from the NY Times — Cases in U.S. children are surging, doctors say — Pediatricians say cases in children in the United States have risen by 32 percent from about two weeks ago, amid a rush to inoculate them ahead of the winter holiday season.

► From the Yakima H-R — Yakima health officials urge caution ahead of holiday gatherings as COVID pandemic persists — In addition to stressing the importance of COVID-19 and flu vaccines, the Yakima Health District recommends wearing a face covering in indoor public settings or when in a crowded area to reduce the chances of virus transmission. 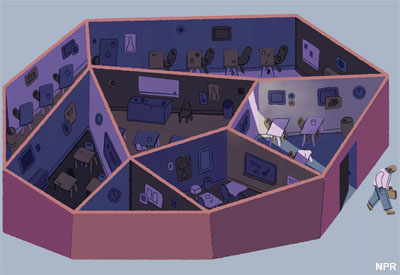 ► From KUOW — Parents are scrambling after schools suddenly cancel class over staffing and burnout — Schools and districts in Washington state and around the country have been canceling classes on short notice. The cancellations aren’t directly for COVID quarantines; instead schools are citing staff shortages, staff fatigue, mental health and sometimes even student fights.

► From KING 5 — 672 Puyallup students without bus service after district suspends routes — Hundreds of students in Puyallup were forced to find another way to school Monday morning with several bus runs temporarily suspended due to a bus driver shortage.

► From the (Everett) Herald — Steve Hobbs sworn in as Washington’s 16th secretary of state — The state senator from Lake Stevens is the first Democrat to hold the position in 56 years. 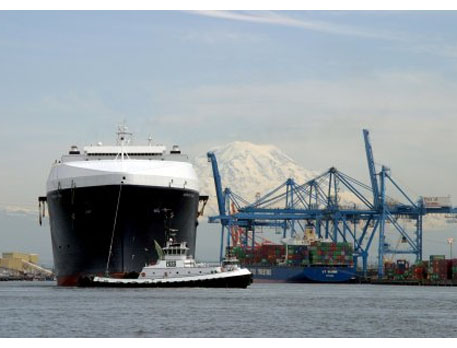 ► From the News Tribune — Divisive Tacoma LNG project wins approval from key state board, upsetting Puyallup Tribe — Puget Sound Energy’s Liquefied Natural Gas plant on Tacoma’s Tideflats cleared another legal hurdle Friday in a state board ruling affirming the decisions behind its development, though with additional air monitoring. The LNG facility would produce 250,000-500,000 gallons of LNG a day, stored in a 8 million-gallon tank on the Tideflats. It is set to provide about 900,000 gallons of LNG each week to TOTE Maritime for its two Alaska ships. PSE has said the site also will help boost the reliability of the fuel supply for Western Washington, providing LNG for local customers during peak winter demand.

► From the EPI — Up to 390,000 federal contractors will benefit from a $15 minimum wage starting in January

► From the Washington Post — The missing immigrant workers (by Catherine Rampell) — The pandemic kept some would-be immigrants out of this country. But others already here and working legally are being forced out of the labor market because of bureaucratic delays.

► From WHYY — Wyndham Philadelphia staff go on strike, walk out in protest of working conditions — UNITE HERE union officials said they want to secure livable wages and better conditions for their workforce, who are majority Black, Latino, and/or immigrants. 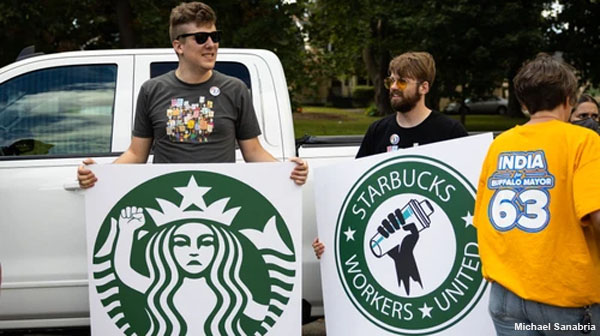 ► From the Guardian — Starbucks launches aggressive anti-union effort as upstate New York stores organize — Will Westlake, a Starbucks barista in Hamburg, N.Y., whose store recently filed for a union election, was told by a manager he could attend an earlier mandatory anti-union meeting on 8 November because he was scheduled to work early the next day. The meeting was in a nearby hotel and when Westlake arrived he found out he was the only worker in attendance, with six members of Starbucks management. The meeting lasted for about one hour. Westlake said:

“That was basically how my last anti-union meeting was, totally separated from the rest of my co-workers and having to be surrounded. They started off by going around and saying that they wanted me to vote no for the union. And then they went back and forth talking about how great all the benefits are at Starbucks and if we vote in a union, we may not have any of those benefits.” 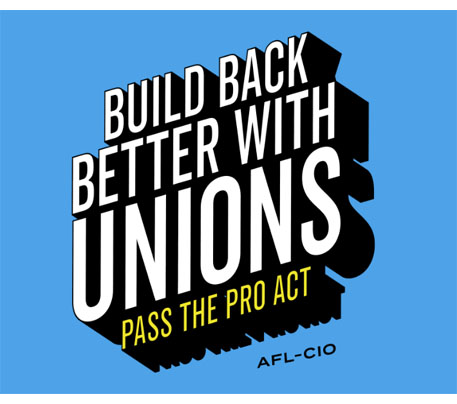 EDITOR’S NOTE — In America, it is an illegal Unfair Labor Practice for an employer to “interfere with, restrain, or coerce employees in the exercise of the rights” to choose for themselves whether they want to join together in a union to seek better wages and working conditions. Or it’s supposed to be. But companies like Starbucks, run by billionaires like Starbucks CEO Kevin Johnson, coerce and threaten their employees with impunity when they try to exercise this right. About 50% of Americans say they would join a union today if they could. But they can’t. That’s because our labor laws are broken. It’s why we need to pass the PRO Act.

If you missed John Oliver explaining union-busting tactics by Amazon, Starbucks and other U.S. corporations, and the need to change our labor laws, check it out:

► From the Chicago Sun-Times — Art Institute employees say management trying to block their unionization efforts — Workers at the institute’s school and museum say management has used misinformation and intimidation to stall the drive, but museum officials denied the claims.

► From the NY Times — Is the four-day workweek finally within our grasp? — After embracing flexible work styles during the pandemic, some companies are now embracing a shorter week.

► From the American Prospect — A look at how unions lift workers (by Steven Greenhouse) — More than 14 million workers across the United States — carpenters, steelworkers, nurses, teachers, truck drivers, and many others—are union members, but rarely does one read how unions have improved workers’ jobs and lives. There are plenty of stories about weeks-long strikes, hard-fought unionization drives, unions’ role in political campaigns, and unions fighting to raise the minimum wage. Perhaps it’s considered too prosaic, but there are hardly any stories that examine in depth how belonging to a union or joining a union has changed workers’ lives and improved things for their families. This report takes a look at five workers — a construction worker, a charter school teacher, a barista, a forklift operator at a warehouse, and a hospital aide — and documents how belonging to a union has lifted those workers, has improved their pay and benefits, and given them a far stronger voice at work.

EDITOR’S NOTE — Ready for better pay and a stronger voice at work? Get more information about how you can join together with co-workers and negotiate a fair return for your hard work. Or go ahead and contact a union organizer today!

The Entire Staff of The Stand is taking the rest of the week off to celebrate Thanksgiving with our family and friends. 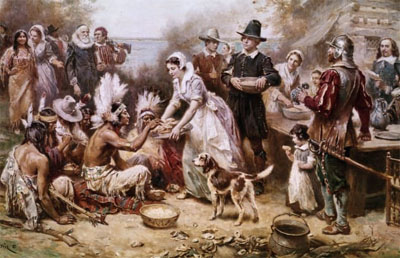 This year is the 400th anniversary of the fiction that the English immigrants we know as Pilgrims happily gathered in 1621 with the Wampanoag people in Plymouth, Mass., to celebrate the first Thanksgiving harvest together after a difficult winter. The truth is that in the 100 years leading up to that fictionally idolized celebration of harmony, European traders had brought a devastating plague later known as the “Great Dying” to the Wampanoag people, and many of those fortunate enough to survive had been sold into slavery in England or Spain. So when the Pilgrims arrived in 1620, the Wampanoag leader formed an alliance with the Pilgrims to try to protect the remainder of their people. However, that cooperation was short lived, as the English continued to attack and encroach upon Wampanoag lands in spite of their agreements. It’s no wonder many indigenous people consider Thanksgiving to by a day of mourning.

No. Nobody is trying to “cancel” Thanksgiving. Go ahead and enjoy the holiday like you always do, and give thanks for your family, friends and other loved ones. We plan to. By while you’re at it, try giving thanks for the Native people and cultures. And when you sit down for dinner to celebrate all that you and your family have to be thankful for, acknowledge that you do so on Native lands.

The post Safety at Sea-Tac | $15 for contractors | Shame on Starbucks appeared first on The Stand.

Safety at Sea-Tac | $15 for contractors | Shame on Starbucks