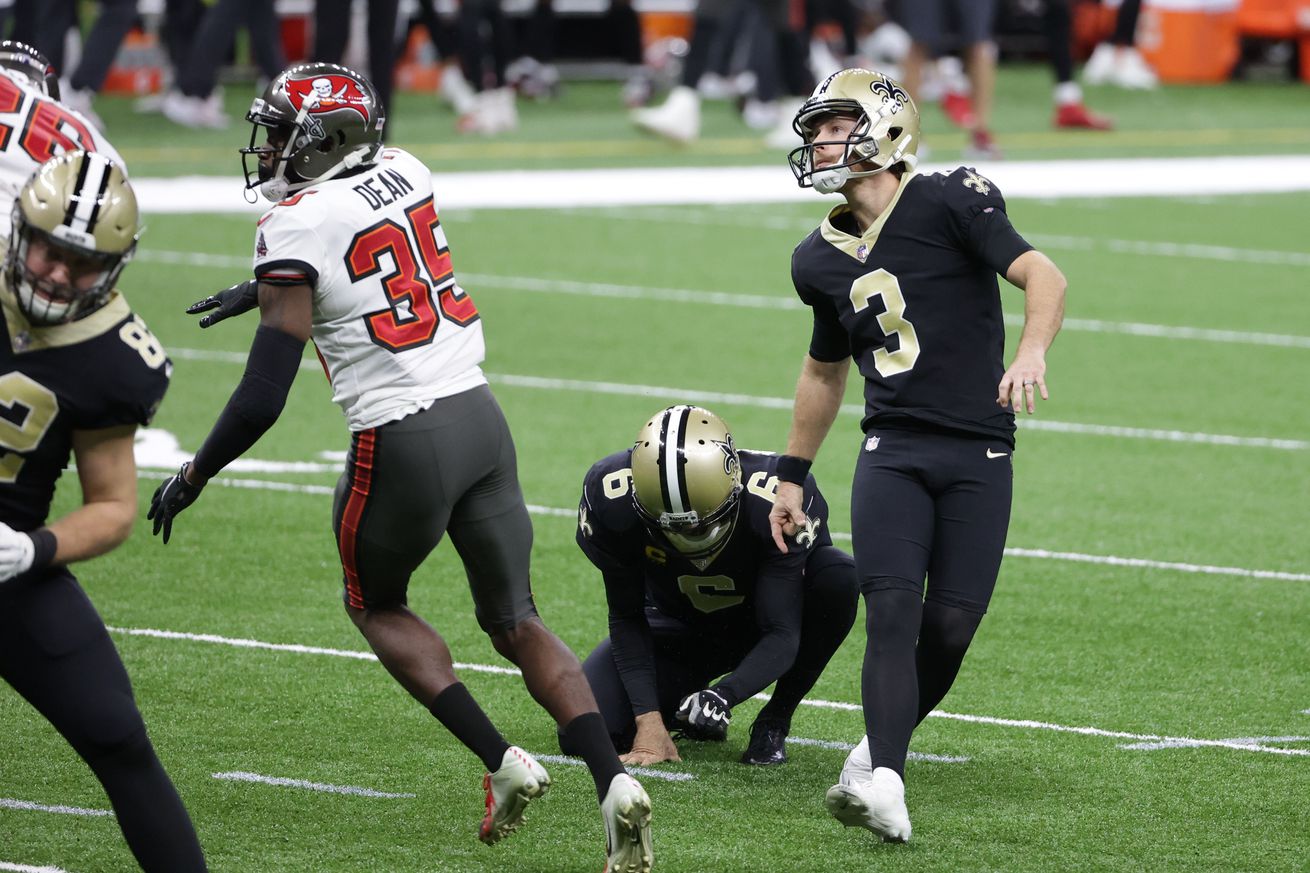 The New Orleans Saints have restructured another player’s contract, this time Wil Lutz, in order to help get under the cap threshold.

The New Orleans Saints knew they were going to have to cut, trade, restructure, or do all of the above to get under this season’s salary cap. Due to the pandemic caused by COVID-19, the salary cap is expected to be much lower than last season’s. While some have called for doom and gloom for the Saints, who started the offseason nearly $90 million over the cap, the front office has had a plan all along.

Recently, New Orleans cut tight ends Josh Hill and Jared Cook. However, the Cook cut was more procedural as he wasn’t technically on the roster for 2021 until the start of the new league year, at which time a roster bonus would have kicked in.

Additionally, veteran defensive tackle David Onyemata restructured his contract just north of $4 million worth of cap space. It was expected that these types of moves would start to occur around this time, and now another player is restructuring his contract: kicker Wil Lutz.

Lutz had an up and down season in 2020, but it is clear that the team still values his position within it. However, he was a potential restructure candidate, and now this move frees up $1.74 million in cap space. It is not the type of move that will drastically change the cap space situation in one fell stroke, but it is a drop in the proverbial bucket. After the latest transaction, Spotrac has New Orleans sitting just shy of $60 million over the salary cap.

It goes without saying that more moves such as this one are in the near future.