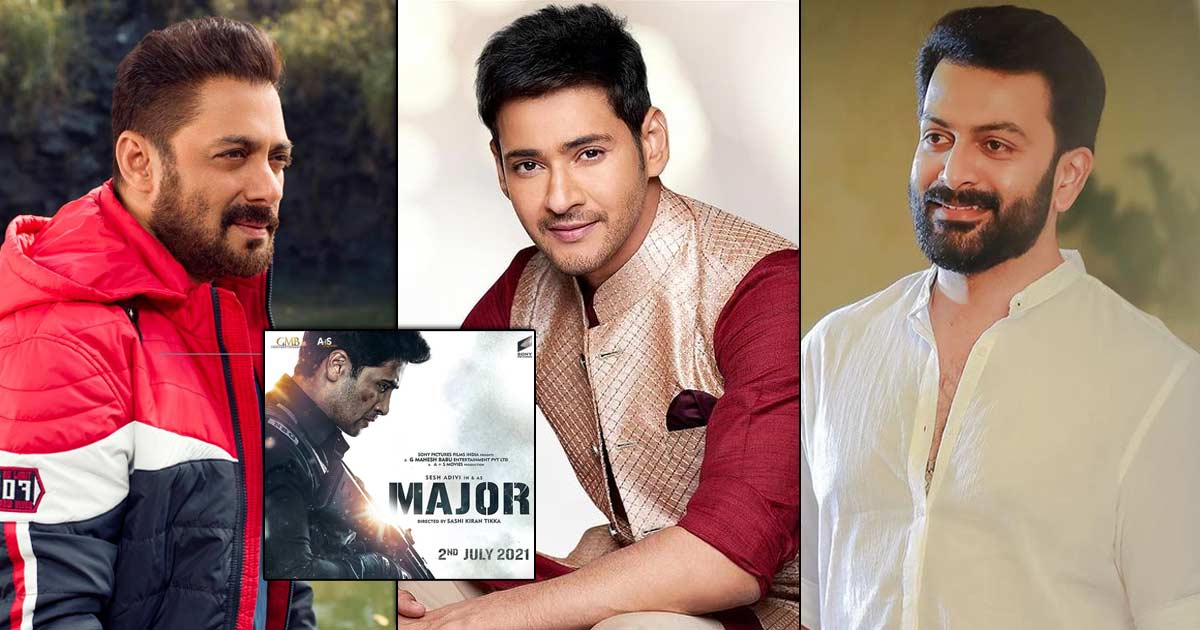 The 26/11 Mumbai terror attacks were devastating for many. It is one such episode that none of us can ever forget. A film based on the army officer Sandeep Unnikrishnan’s inspirational journey, who sacrificed his life to save people, was in the making. After much anticipation, the makers of the film titled Major are all set to unveil the teaser of the film on 12th April 2021. And to support this film, superstars like Salman Khan, Mahesh Babu and Prithviraj Sukumaran have come ahead.

It is said that Salman, Mahesh and Prithviraj would unveil the teaser of the film on their social media handles. Keep scrolling further to get all the details.

According to reports in Bollywood Hungama, the makers of Major felt that their film needed some backing from the superstars of Bollywood, Tollywood and Mollywood. It is also because the film is releasing in 3 languages Hindi, Telugu & Malayalam. So who would be better than the superstars of the respective industries Salman Khan, Mahesh Babu and Prithviraj Sukumaran, to promote Major?

Recently, the makers offered glimpses into the People of Major as they released the character posters of Saiee Manjrekar and Sobhita Dhulipala. Celebrating the spirit with which Sandeep Unnikrishnan lived, this movie unfolds the story behind the unfortunate terror attacks and pays homage to his eventful life.

Must Read: When Shakti Kapoor Made A Typo Sending “Wish You Were Her” To His Wife Living The SMS-Era Joke For Real!