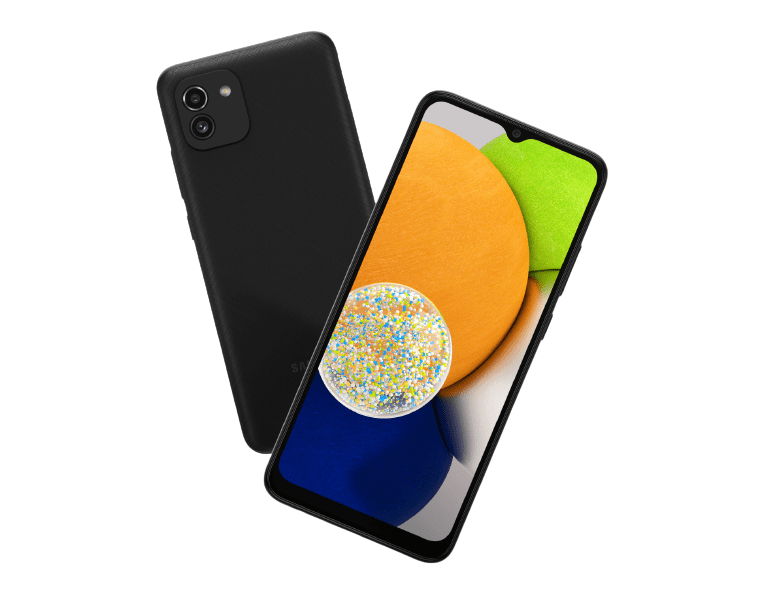 Samsung has launched a new entry-level Android smartphone — the Galaxy A03. The company hasn’t revealed the pricing and availability details of the device but highlighted its key specs and features in an infographic Thursday.

The Galaxy A03 arrives as the successor to the Galaxy A02 announced in January this year. The new model packs a few notable upgrades over its predecessor. Most notably, we now have a much more capable 48-megapixel main camera at the back. The older model featured a 13-megapixel primary camera. Samsung has also replaced the 2-megapixel macro camera with a depth sensor of the same resolution. The front camera remains unchanged though. It’s a 5-megapixel sensor.

The new budget offering from Samsung is powered by an unnamed octa-core processor with all eight CPU cores operating at a maximum frequency of 1.6GHz. The company mentions a dual-cluster CPU core arrangement. The device will come in three different memory configurations: 3GB RAM and 32GB storage, 4GB+64GB, and 4GB+128GB. Samsung is doing well by offering up to 128GB of storage capacity on an entry-level device. We hope the company has included a micro SD card slot as well.

But Samsung has changed things a bit when it comes to the rear design of the Galaxy A03. We now have a square camera island, with the LED flash also moving inside the housing. There are minimalistic patterns on the back pane, which sports a fiber-like finish. The company is offering the phone in three different colorways: black, blue, and red.

The Galaxy A03 packs a 5,000mAh battery. Samsung has also mentioned Dolby Atmos audio on the new budget phone. Unfortunately, the company doesn’t tell what Android version the device will run out of the box. We expect it to ship with Android 11-based One UI 3.

As said before, Samsung has yet to reveal the price and availability details of the Galaxy A03. But now that the phone is official, it shouldn’t be a much longer wait. The handset could go on sale before the end of this year. Note that not all memory and color variants may be available in all markets. 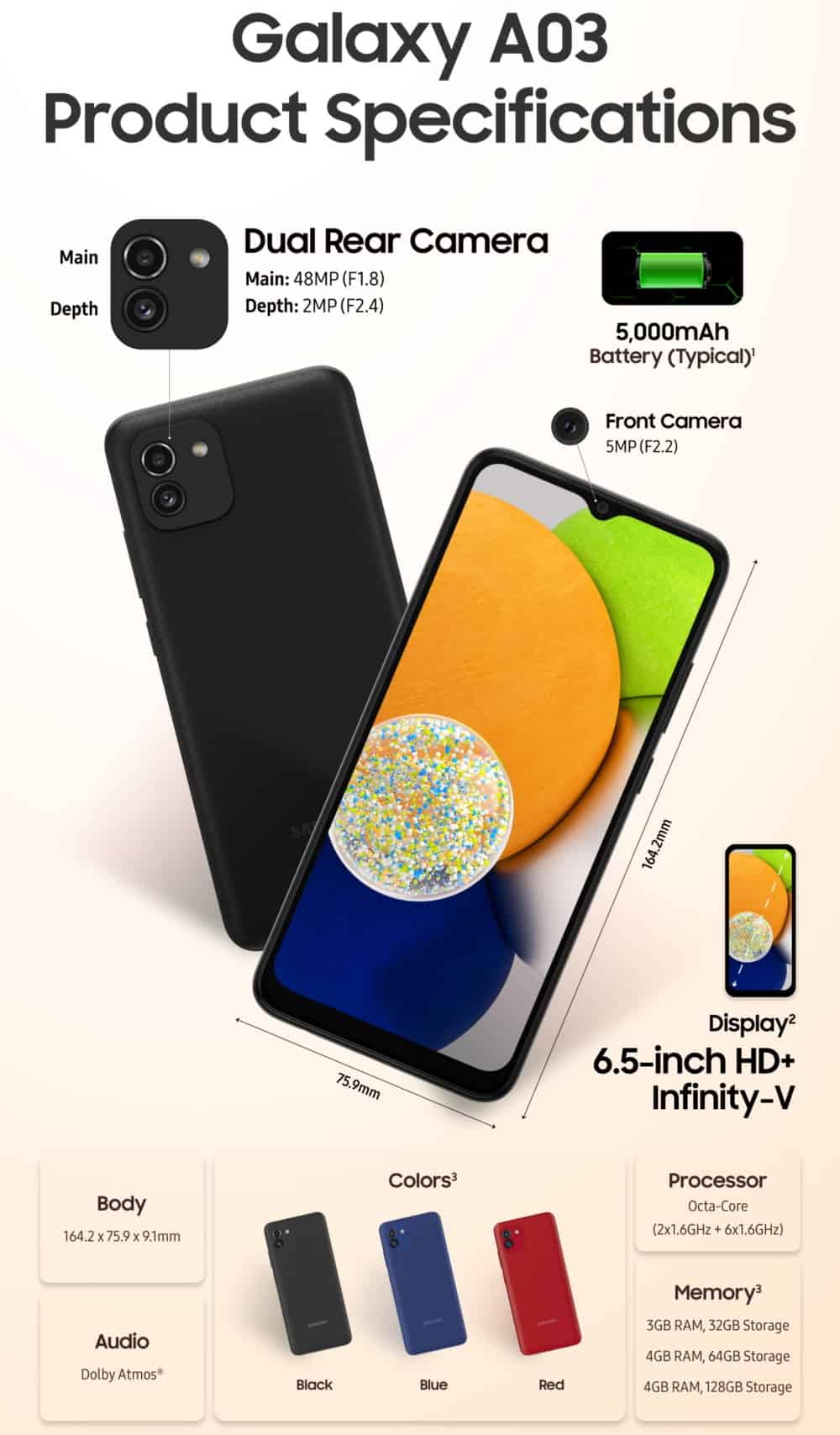