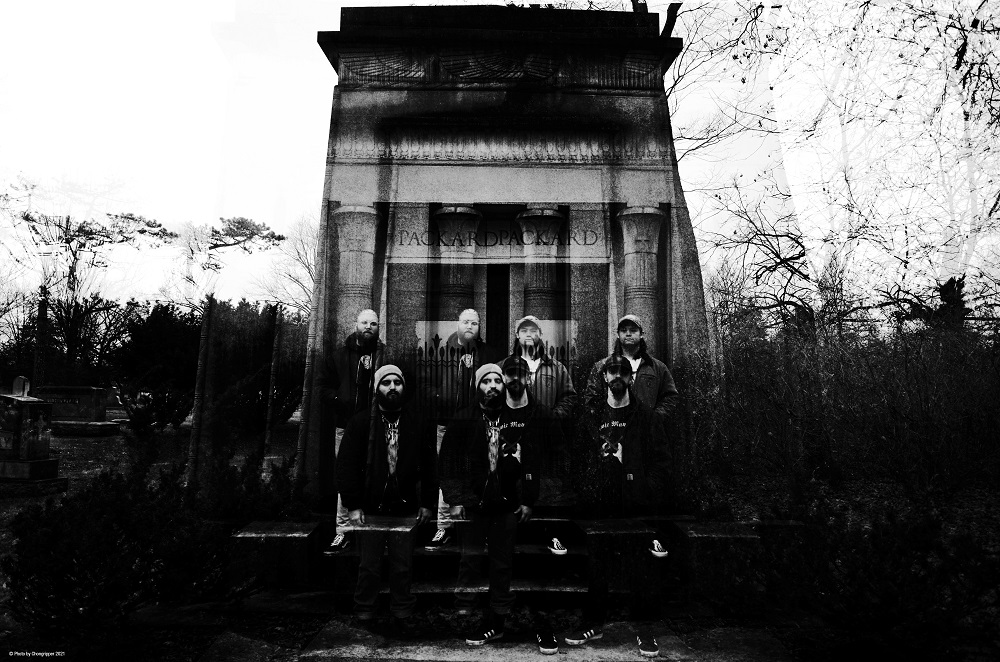 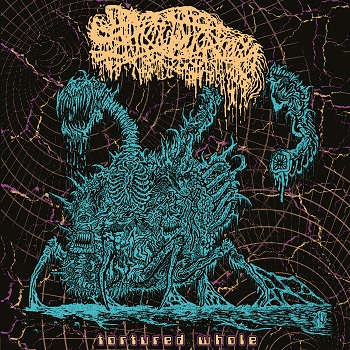 Unlike what appeared to be three-quarters of death metal internet, I wasn’t truly amazed by Sanguisugabogg’s debut EP Pornographic Seizures. It sounded like brutal death metal with a penchant for thuggish “caveman riffs,” which is contemporary shorthand for “riffs which show an appreciation for Mortician.” Nevertheless, I’m a sucker for pageantry; when the ‘bogg premiered a music video produced by Troma I was firmly committed to hearing their debut full-length Tortured Whole. For those unaware, Troma is responsible for The Toxic Avenger series, a delightfully tasteless send-up of the superhero genre which is loads more fun than whatever fourteen Marvel CGI soups movies are coming out this year which you can pay an extra fee on top of a subscription fee to “rent” on some streaming service. Seriously, spend your money on The Toxic Avenger and Citizen Toxie: The Toxic Avenger IV instead.

Team Troma was a good fit for Sanguisugabogg, because like The Toxic Avenger (and other Troma productions), Tortured Whole is gross, tasteless, and a whole lot of fun. To me, this sounds broadly like Kraanium, Korpse, and the slower brutality of Agonal Breathing’s debut on a swampy Obituary kick – yes, it’s brutal death metal, but it’s got a certain groove and swagger to it along with some Floridian riffing that pops up amongst the chugs and slams. For those familiar with the niche, Sanguisugabogg manages to set themselves apart a bit with this Obituary infusion, evincing a “personable” aura that reminds us that, at base, this is all about fun. As with any band employing “caveman riffs” there’s some Mortician influence, but not nearly as much as in Fluids.

It’s hard not to be enamoured with Tortured Whole immediately. “Menstrual Envy” recalls Disgorge’s “Deranged Epidemic” with a gurgle kicking the track (and album) off, and while the riffs themselves are broadly decent there’s a pervasive playfulness that keeps the listener engaged. “Dick Filet” shows the importance of wise drum choices, as the track is made groovier and more memorable by the drum performance accentuating the riffs instead of just moving them along. “Gored in the Chest” contains one of my favorite moments on the record, involving a well-placed bass break followed by a climactic carpet-bombing of a riff teed up by a phenomenal vocal hit. The synth-based interlude of “Pornographic” is compelling stuff too, sounding like a Carpenter-inspired theme made it onto the record. I appreciate the deathly doom-laden riffs which crop up now and again as well, especially in “Dead as Shit” and “Urinary Ichor,” with the former’s main riff reminding happily of Mortician as well. 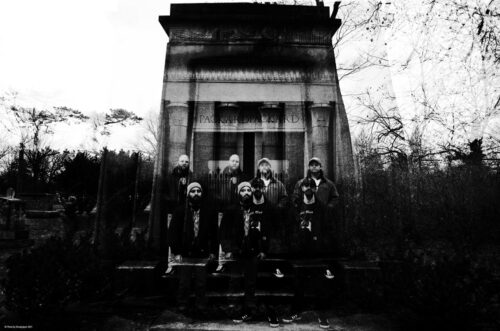 The worst thing I can say about Tortured Whole is that “Interlube” is a useless ambient waste of time which adds nothing to the record save ambient synth noises that pad the runtime. Just why two interlude tracks were necessary on a thirty-four-minute record eludes me, especially when the first one actually worked. Otherwise, despite lacking many truly memorable riffs, Tortured Whole is an overall fun experience I enjoyed returning to for my knuckle-dragging needs. Therein lies the difficult part in assigning a rating to Sanguisugabogg: I don’t remember many specifics when Tortured Whole concludes, but I remember that I had a good time and want to hear it again. Sticking largely to a chugging midtempo pace, Sanguisugabogg forgoes the Mortician device of hammering home riffs by whiplash-inducing transitions (best seen on House by the Cemetery) and they haven’t developed the riffing prowess of Kraanium, meaning that for most of the runtime I found myself satisfactorily mired in solid swampy chugs. The upshot is that I return to Tortured Whole for a half-hour-and-change of pummeling when the mood strikes, but I find myself more enamored with the overall sound and aesthetic of Sanguisugabogg as opposed to any specific song.

The sound of Tortured Whole suits the music well. The snare has an aggressive pong which I like, and the bass is distorted but not to Mortician levels. The guitars have a nice tone that doesn’t sound like a Line 6 preset, and the downpicked riffing benefits greatly from it. In all, I like Tortured Whole. I like the absurdity of the Troma videos, and the inclusion of Sgt. Kabukiman NYPD was hilarious. Sanguisugabogg has a good foundation and a bright future, and their good-natured take on brutal death metal is compelling enough to merit repeat listens and a hearty recommendation.