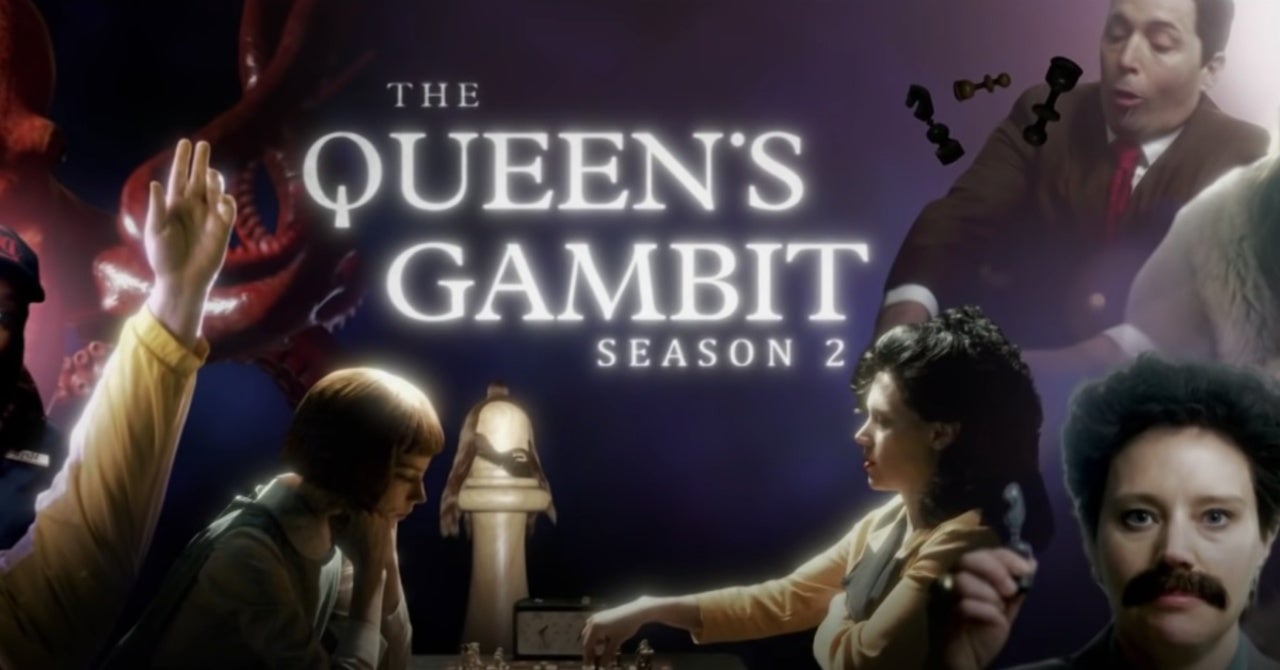 Saturday Night Live's 46th season came to a close this weekend, with a buzzworthy episode hosted by Anya Taylor-Joy with music from Lil Nas X. After Taylor-Joy's starring turn in last year's Netflix hit The Queen's Gambit, it was safe to assume that SNL would poke fun at the series in some way. In addition to including a reference to it in Taylor-Joy's monologue, which saw her reading the episode's cue cards on the ceiling similarly to how her character visualizes a chessboard within the series. A newly released "cut for time" sketch reveals another way The Queen's Gambit could have potentially factored into SNL, in a video you can check out below.

The video, dubbed "Backstage Pitches", sees Taylor-Joy being prompted with The Queen's Gambit-related sketch ideas from cast members including Kate McKinnon, Ego Nwodim, Aidy Bryant, and Beck Bennett. Of course, a number of puns ensue from there, with potential spinoffs ranging from Chustlers to The Queen's Borat to Free Queenie. The sketch ends with Taylor-Joy calling Netflix and utilizing all of the ideas in a giant mash-up for The Queen's Gambit's second season.

In reality, it probably is less likely that a second Season 2 of The Queen's Gambit could happen, especially as the existing episodes cover the entirety of Walter Tevis' initial novel. As Taylor-Joy explained in an interview earlier this year, she doesn't know what the story would be for a second season, but she does like the idea of collaborating with the show's creative team again.

"Maybe," Taylor-Joy explained to ET this past March. "Not to disappoint anybody, but we just never thought about it. It was always a sapling to tree transition. You see her grow, you leave her in a good place. So we were genuinely surprised when people were like, 'Where's season 2?' That being said, I adore the entire team that made it and I would jump at the chance to work with them again."

Taylor-Joy previously spoke to ComicBook.com about the journey of her character, trailblazing chess pro Beth Harmon, and how her story across the existing episodes can still be relevant today.

"I think it was genuinely fascinating and wonderful to me that Beth is so outside of society, that she's genuinely baffled by the fact that people talk about her gender, and not like the incredible play she just made," Taylor-Joy explained. "I think that level of comfort in your own ability was something that I really enjoyed playing. I think it's important, not just as a performer, but as a human being, to be aware of history. But it felt pretty good to sort of walk up and go, 'I'm aware of all of this stuff. It does not pertain to this character. I'm gonna let it go,' and just sort of like show up and do my stuff. So yeah, I wouldn't say it was a challenge. I would say it was incredibly liberating."

The Queen's Gambit is now available to stream in its entirety on Netflix.