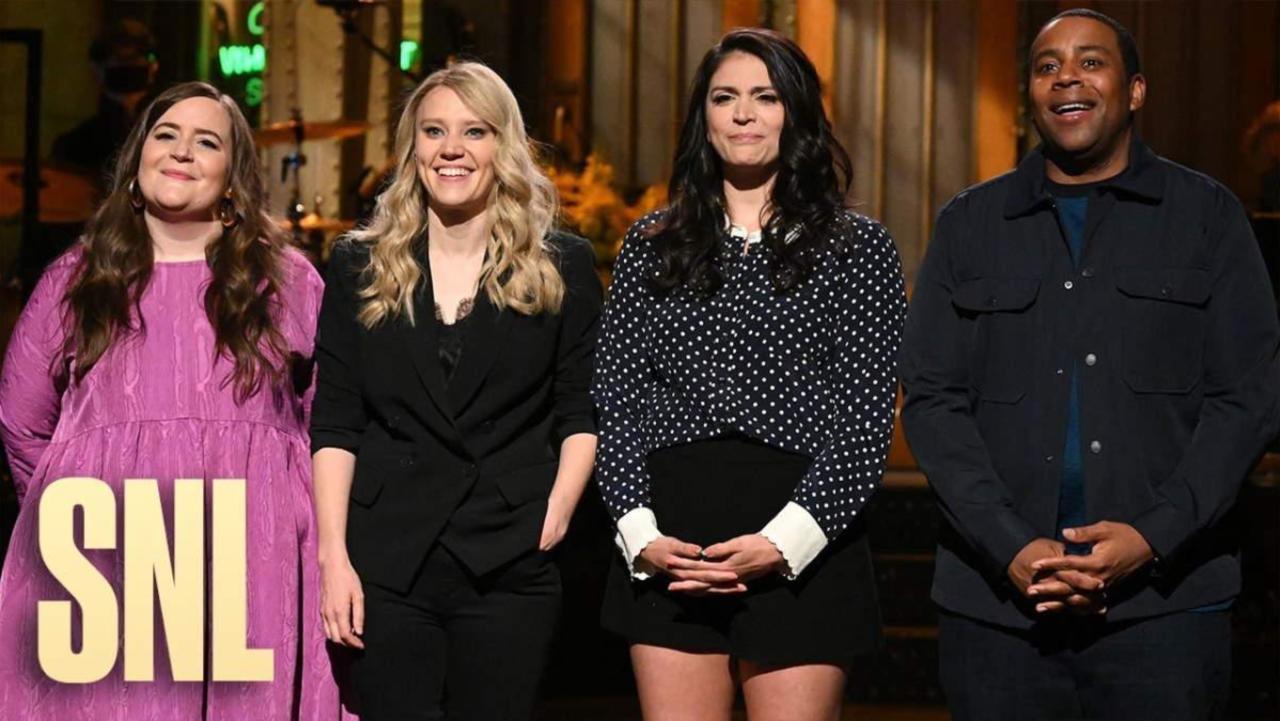 Last night's episode of Saturday Night Live has fans speculating that the series could be saying goodbye to series regulars Pete Davidson, Cecily Strong, and Kate McKinnon. While SNL hasn't officially announced their departures, and there's no guarantee such announcements will come at all, fans got the impression that these cast members were saying goodbye with their performances in the season finale episode. From the start, the cold open (embedded below) had fans taking to social media with questions about Strong and McKinnon's futures with the sketch comedy series, especially with McKinnon tearing up as she described her castmates as "family.".

During the "Weekend Update" segment, Davidson's appearance brought similar questions about his tenure at SNL after he thanked viewers for watching him his maturation as it happened during his years with the show. "The pandemic has taught me that we never really know what the future holds," Davidson said. "It's also taught me to be grateful."

Strong came out during the segment in character as Judge Jeanine. She performed her version of Frank Sinatra's "My Way," fanning the flames of speculation about her departure.

Saturday Night Live typically doesn't finalize its cast roster for new seasons until late in the summer. Fans may have to wait until then for official word on whether these comedians will be back for another year with the show.

Each of the stars has been taking work outside of SNL. McKinnon has appeared in films since 2014, including Balls Out, Ghostbusters, Office Christmas Party, Rough Night, The Spy Who Dumped Me, Yesterday, and Bombshell. Strong took time off from Saturday Night Live to film the musical comedy Schmigadoon for Apple TV+. Davidson has been absent from the series sporadically while filming projects like The Suicide Squad and The King of Staten Island.

While these three stars drew the most attention during last night's finale, they aren't the only ones whose SNL futures are in question. Aidy Bryant and Kenan Thompson also appeared in that cold open. Bryant has been branching out recently, though the cancellation of her Hulu series Shrill may reconfigure plans for her future.

Thompson is the senior cast member on SNL, with this being the end of his 18th year as a performer. His new NBC sitcom Kenan debuted earlier this year, and the network renewed the show for a second season. Thompson has said in the past that he'd like to remain at SNL for 20 seasons, but his commitment to the new show could affect his choice to stay for two more seasons or leave.

Do you think these cast members will stick around or leave SNL? Let us know in the comments.