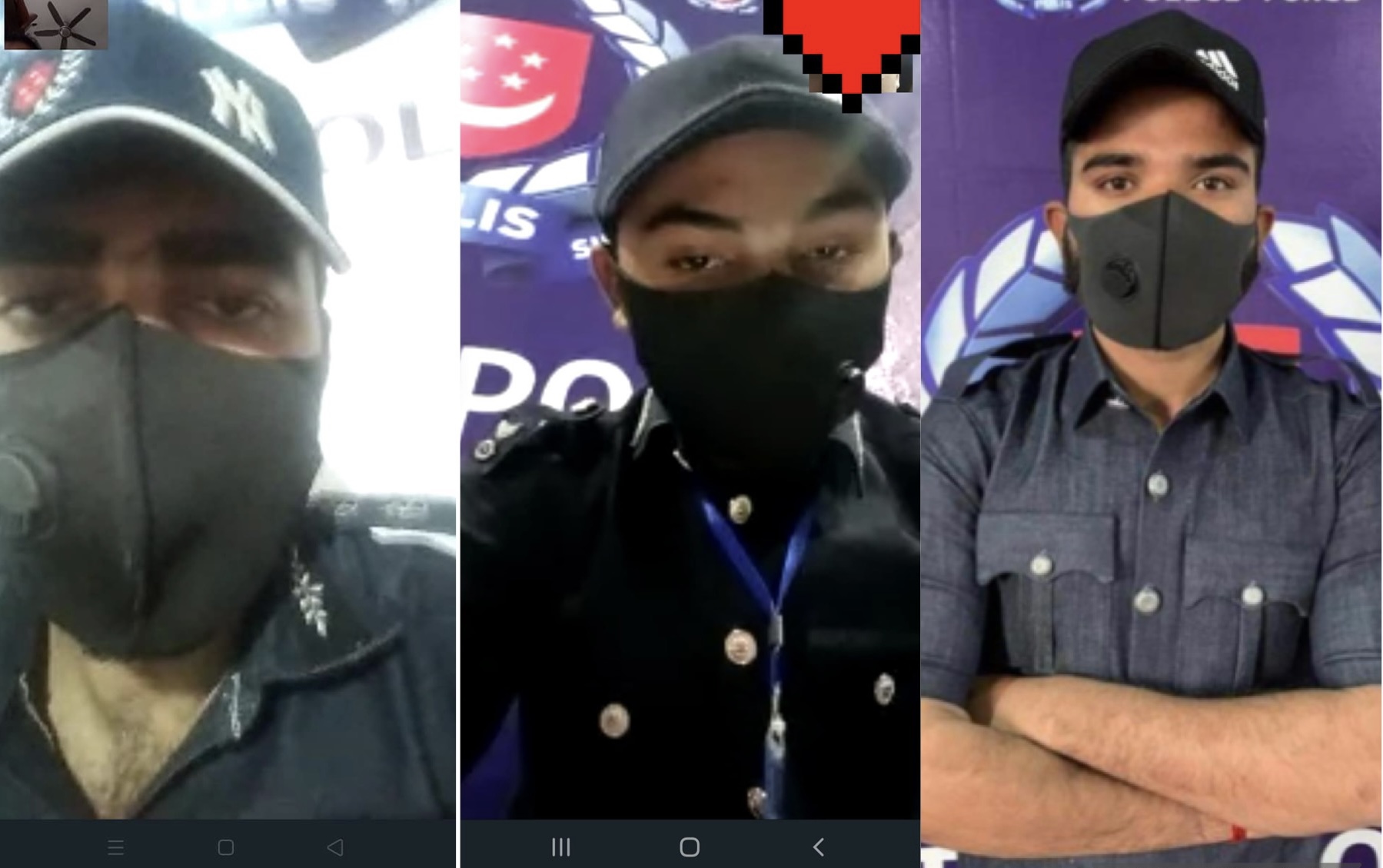 A concerned member of the public warned others last month of an ongoing scam involving a man pretending to be an SPF officer.

Unlike other less convincing methods, the scammer had the confidence to reveal his face through video call.

However, to the discerning eye, the man wore a shoddily-made cap with a fake SPF logo on one side and the New York Yankees logo on the other.

He also held up a pass in hopes of convincing his targets that he was the real thing, and they would cough up their personal details.

On Wednesday (Dec 8), another post made it to Complaint Singapore’s Facebook page, warning others of the scammer.

This time, the SPF logo was more distinct in the background. The man also had his shirt fully buttoned up.

A clearer photo of another scammer posted by Instagram page sgfollowsall shows a man wearing an Adidas cap behind an SPF tarpaulin.

Members of the public are advised not to engage with such callers, regardless of whether they are the same person.

Others noted that the SPF uniform no longer had metal buttons.

“He might as well have a police logo on his forehead convincingly himself,” said another netizen peeved at the scammers.

According to hometeamns.sg, those found guilty of impersonating a public servant can be sentenced to up to two years imprisonment, a fine, or both.

For more information on scams, members of the public can visit www.scamalert.sg or call the Anti-Scam Hotline at 1800-722-6688. /TISG