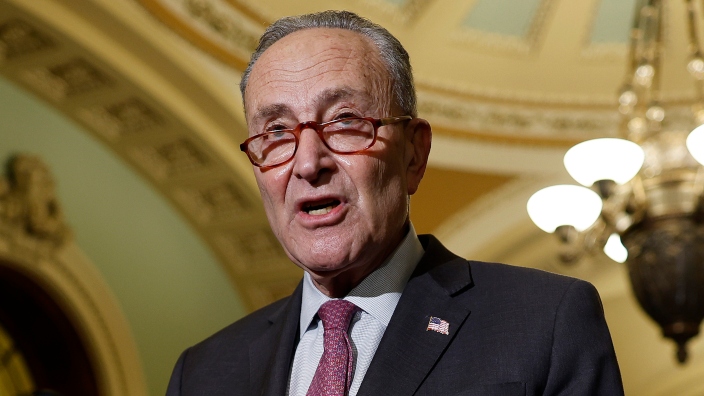 U.S. Senator Chuck Schumer of the New York, the Senate majority leader, penned a letter to the Senate Democratic Caucus on Monday vowing to force a vote on possibly changing rules in order to overcome GOP obstruction of voting rights reform.

“As we approach the anniversary of the January 6 attack on our Capitol and our democracy, I am writing to follow up on my last Dear Colleague before Christmas, specifically to outline next steps on urgently-needed voting rights legislation,” Schumer wrote.

“One year ago this week, we experienced great sorrow: mere hours after the dawn of a new Congress and a new Majority, our beloved Capitol was attacked,” he continued. “It was attacked in a naked attempt to derail our Republic’s most sacred tradition: the peaceful transfer of power. Domestic violent extremists sought to inflict chaos and violence. Fueled by conspiracy and the ravings of a vengeful former President, they sought to destroy our Republic.”

The longtime lawmaker surmised that the attacks on democracy have not ceased, but have accelerated, writing: “Republican officials in states across the country have seized on the former president’s Big Lie about widespread voter fraud to enact anti-democratic legislation and seize control of typically non-partisan election administration functions.”

Schumer concluded his letter by vowing to “debate and consider changes to Senate rules on or before January 17, Martin Luther King Jr. Day, to protect the foundation of our democracy: free and fair elections.”

At least two Democratic senators — West Virginia’s Joe Manchin and Krysten Sinema of Arizona — are opposed to changing the filibuster.

However, Schumer’s letter is a two-page reminder to the caucus what is at stake: “They want to unwind the progress of our Union, restrict access to the ballot, silence the voices of millions of voters and undermine free and fair elections,” he writes.

Schumer notes the U.S. “Senate was designed to protect the political rights of the minority in the chamber through the promise of debate and the opportunity to amend.” However, he added, “over the years, those rights have been warped and contorted to obstruct and embarrass the will of majority — something our Founders explicitly opposed.”

He addressed the urgency of the issue, writing, “We must ask ourselves: if the right to vote is the cornerstone of our democracy, then how can we in good conscience allow for a situation in which the Republican Party can debate and pass voter suppression laws at the State level with only a simple majority vote, but not allow the United States Senate to do the same?”