Scientists find a way to boost solar efficiency to 80 percent

WHY THIS MATTERS IN BRIEF

Solar is already one of the cheapest forms on the planet, and this makes it a slam dunk. 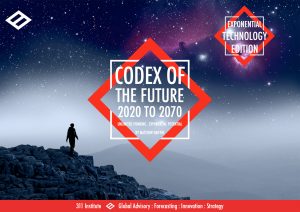 Interested in the Exponential Future? Connect, download a free E-Book, watch a keynote, or browse my blog.

I’m just going to say it right here right now – solar will win the renewable energy race. And why am I saying that? Well, consider this – your current silicon solar panels are around 17% efficient at converting the Sun’s rays into electricity at around 2c per kilowatt hour – and today solar is the cheapest form of energy in over 58 countries around the world. And as solar panels efficiencies improves that figure starts reaching zero, which brings me to this – the record for silicon solar is currently 27 percent, Perskovite solar panels are higher at 32 percent, and bacterial solar panels, well they’re on track for 50 percent. Now though we have a pathway to an insane 80 percent solar efficiency so Boom! Bye bye fossils!

But how is this possible I hear you ask… Perhaps one of the greatest challenges facing solar technology today is wasted heat. And as I mentioned so timidly above one crucial measure of solar panels is how efficient they are in converting the sun’s rays into electricity. So, it’s huge news that a team from Rice University has produced a method that they say could radically improve how solar panels work.

But it’s not that the scientists have created significantly more efficient solar panels. Instead, they’re working to capture the thermal photons – the heat -those panels are releasing, and that’s where they’ve had their breakthrough.

“Thermal photons are just photons emitted from a hot body,” says Junichiro Kono of Rice’s Brown School of Engineering in a press statement. “If you look at something hot with an infrared camera, you see it glow. The camera is capturing these thermally excited photons.”

When the sun transmits heat and light, it also sends an invisible energy known as infrared radiation. Humans have been able to utilise infrared radiation in a variety of ways, ranging from clothes from Under Armour that heal you while you sleep, to weather satellites. But it doesn’t take up much space in the electromagnetic spectrum.

“Any hot surface emits light as thermal radiation,” says Gururaj Naik, who co-authored the resulting paper with Kono and others, published in ACS Photonics. “The problem is that thermal radiation is broadband, while the conversion of light to electricity is efficient only if the emission is in a narrow band,” Naik says in the press statement.

Those emissions are being wasted, the team realised.

When Rice graduated student Chloe Doiron found that about 20 percent of our industrial energy consumption is waste heat, or nearly three years of electricity just for the state of Texas, Naik and Kono were motivated to figure out a solution.

“The most efficient way to turn heat into electricity now is to use turbines, and steam or some other liquid to drive them,” Naik says. “They can give you nearly 50 percent conversion efficiency. Nothing else gets us close to that, but those systems are not easy to implement.

So the pair, along with Rice grad students including Doiron, worked to capture those emissions with wafer-scale films of closely packed carbon nanotubes – the same amazing tech that’s behind batteryless electric hypercars, paralysis cures, space elevator cables, super plants, terahertz computer chips, and mechanical flywheel batteries that one day could mean your electric car could go 17,000km on a single charge, all for starters. Nanotubes had the advantage of simplicity with no moving parts. They were also conduits that could absorb waste heat and, in turn, convert it into narrow-bandwidth photons.

Nanotubes are also sturdy. The team’s proof-of-concept devices operated at up to 1,292 degrees Fahrenheit.

Once they’ve absorbed the heat waste photons, the nanotubes gain a level of control over them. Photons can enter the tube in any number of ways, but as soon as they’re inside, the tube directs them on where to go.

“Instead of going from heat directly to electricity, we go from heat to light to electricity,” Naik says. “It seems like two stages would be more efficient than three, but here, that’s not the case.”

Efficiency is the watchword in solar energy. Current solar panels can successfully convert around 17 to 20 percent of their collected energy. That might sound low, but scientists believe that with current silicon technology, solar panels will hit a peak efficiency of around 29 percent. While that would be tremendous in terms of real-world capabilities, 29 percent still seems somewhat low which is why we need other inventions like this one and those mentioned above.

“By squeezing all the wasted thermal energy into a small spectral region, we can turn it into electricity very efficiently,” he said. “The theoretical prediction is that we can get 80 percent efficiency.”

Obviously, that sort of efficiency rating is unheard of in the world of solar panels. But even though a proof of concept is a long way from being used in the real world, any further developments in the nanotubes could bolster solar panels in ways we haven’t seen yet.

Scientists find a way to boost solar efficiency to 80 percent