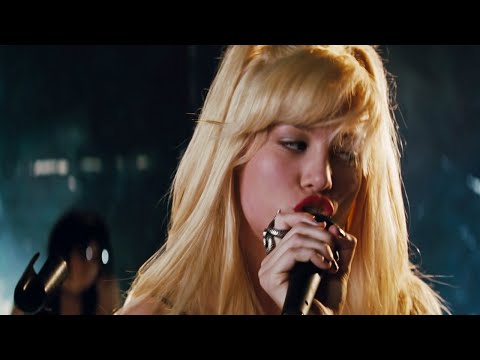 Scott Pilgrim Vs. The World is getting an expanded soundtrack on vinyl

Scott Pilgrim Vs. The World turns 10 this year.

The cult classic, directed by Edgar Wright, has arrived back in the spotlight. In celebration of this milestone, the director has rounded up the cast for a table read, treated fans to trivia and commentary on Twitter, and heralded the arrival of an upcoming 4K Blu-Ray re-release.

The latest bit of news from the Baby Driver filmmaker is that the film’s beloved soundtrack will also see a vinyl re-release.

Two albums have been issued since the film’s release in 2010 — one, a compilation soundtrack of classic tracks and original songs, and the other, a pulsating electronic score by Nigel Godrich. The former was released as red vinyl, while the latter has remained digital-only.

Wright revealed a mockup of the new vinyl releases in a tweet, which show a possible picture disc variant.

But while the tracklist has yet to be detailed, Wright reveals that the soundtrack will feature an expanded tracklist, including unreleased songs by fictional band Sex Bob-Omb and Beck.

It’s also hinted that the version of ‘Black Sheep’ performed by cast member Brie Larson is getting included as well. The original soundtrack features a recording by indie rock band (and the song’s writers) Metric.

Watch Brie Larson perform Metric’s ‘Black Sheep’ in a clip from the movie below.

The post Scott Pilgrim Vs. The World is getting an expanded soundtrack on vinyl appeared first on #vinyloftheday: Vinyl News, Music Culture + Lifestyle Platform.

Scott Pilgrim Vs. The World is getting an expanded soundtrack on vinyl