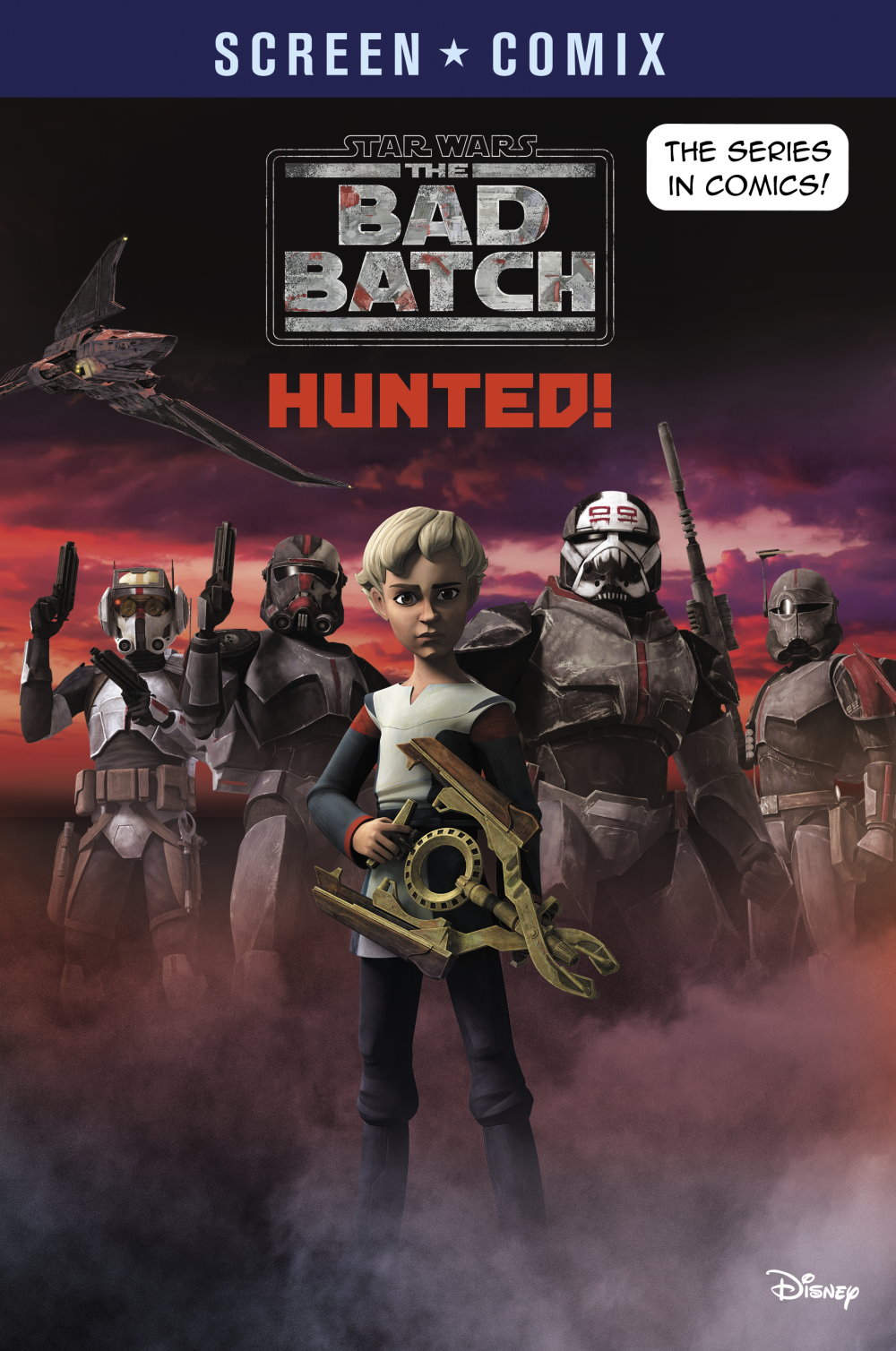 Next year will see the arrival in the Penguin Random House Screen Comix series of The Bad Batch and an adaptation of their season one adventure Bounty Lost, which featured Cad Bane. $7.99, this arrives 3rd May 2022, just in time for the big day on May the 4th.

After refusing to follow Order 66 and destroy the Jedi, Clone Force 99 and their new friend Omega are on the run from bounty hunters Fennec Shand and Cad Bane, the Empire—and even their old teammate Crosshair! Will the Bad Batch be able to escape? This 80-page graphic novel-style retelling of Episode 9: Bounty Lost from Star Wars: The Bad Batch features final frames and dialogue from the animated series on Disney+ in vibrant full color. It’s perfect for boys and girls ages 8 to 11 and fans of Star Wars: The Bad Batch and Star Wars: The Clone Wars.

Star Wars: The Bad Batch follows the elite and experimental troopers of Clone Force 99 (first introduced in Star Wars: The Clone Wars) as they find their way in a rapidly changing galaxy in the immediate aftermath of the Clone Wars. Members of the Bad Batch, as they prefer to be called—a unique squad of clones who vary genetically from their brothers in the Clone Army—each possess a singular exceptional skill, which makes them extraordinarily effective soldiers and a formidable crew.