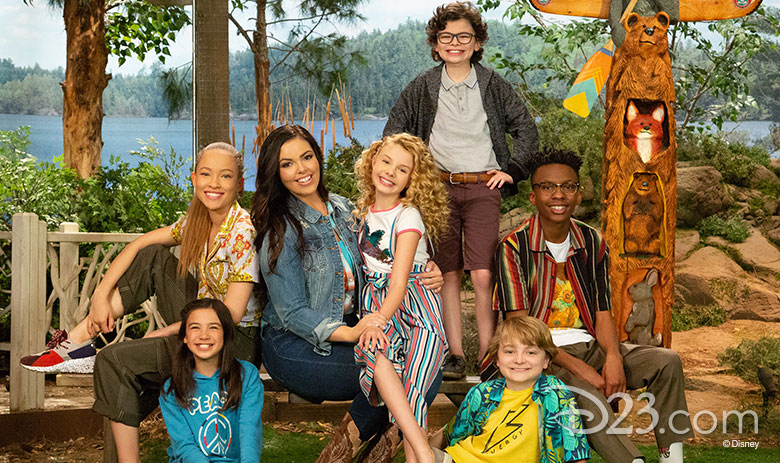 Get a behind-the-scenes look at Disney’s next live-action adventure, and read up on the just-announced Season 5 of Disney Channel’s BUNK’D… See more, along with other news from around Disney, in this week’s news briefs!

In celebration of Disney’s Mulan coming to theaters in just a few weeks’ time, The Walt Disney Studios just released a special featurette showcasing the film’s positively thrilling stunts. As director Niki Caro explains in the clip, “I loved creating the stunt sequences in this film. The action is explosive… All of the cast are brilliant, and they trained hard. It’s not just action for action’s sake—it’s all coming from character and from story. Every action is very meaningful.” Along with the new featurette comes news that tickets for Mulan are now on sale!

The epic tale of China’s legendary warrior comes to life in Mulan as a fearless young woman (Yifei Liu) risks everything out of love for her family and her country to become one of the greatest warriors the country has ever known. When the Emperor of China (Jet Li) issues a decree that one man per family must serve in the Imperial Army to defend the country from Northern invaders, Hua Mulan steps in to take the place of her ailing father (Tzi Ma). Masquerading as a man, Hua Jun, Mulan is tested every step of the way and must harness her inner strength and embrace her true potential. It is an epic journey that will transform Mulan into an esteemed warrior and earn her the respect of a thankful nation… and a proud father.

Save the Date!
Be sure to mark these upcoming Disney events on your calendar:

It’s a super popular Disney Channel series, and it’ll soon be back on your screen of choice: BUNK’D is returning for an epic fifth season, chock full of more adventures at Maine’s rustic Camp Kikiwaka. Erin Dunlap (Andi Mack, Jessie)—who joined the series as executive producer in Season 4—will return as sole showrunner for Season 5. Production is set begin this fall!

Returning series regulars include Miranda May as cheerful camp owner Lou; Mallory James Mahoney (Disney Channel’s Adventures in Babysitting), Raphael Alejandro (Once Upon a Time), and Will Buie Jr. (Gifted) as the loveable but mischievous campers; and Shelby Simmons (Andi Mack) and Israel Johnson (Schooled) as their quirky but well-intentioned counselors.

The Proud Family: Louder and Prouder Coming to Disney+

Penny Proud and her lovable, madcap family from the long-running, fan-favorite Disney Channel series are coming back! Disney+ just announced it’s ordered the new animated family sitcom The Proud Family: Louder and Prouder; read more about what you can expect from the show by clicking here. 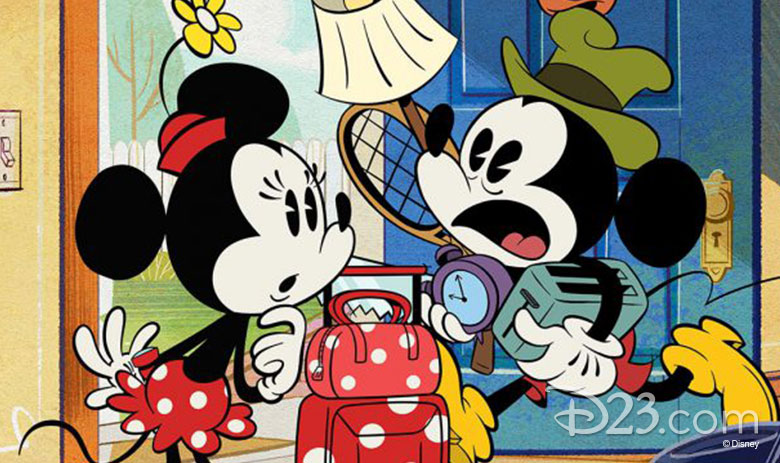 Guests can make even more magical memories after the short by stepping into life-sized versions of beloved animated Mickey shorts, where they can pose for photos with family and friends. (Plus, existing shorts from the Mickey Mouse TV series will be used in the post-show photo experience, such as Yodelburg, Potatoland, Entombed, and Panda-monium.)

The very same day Vacation Fun debuts, the new Mickey & Minnie’s Runaway Railway attraction at Disney’s Hollywood Studios will begin taking guests right into the middle of a Mickey Mouse cartoon! Prepare for unexpected twists, slapstick gags, and mind-boggling transformations at every turn as Mickey and Minnie try to save the day. And don’t be surprised to find a ton of hidden Mickeys throughout this brand-new attraction… more than at any other Disney attraction or area in the world! Pretty cool, right? 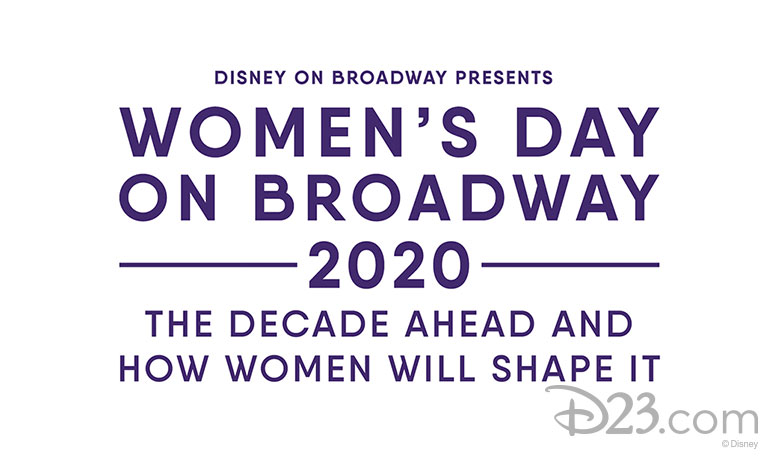 In celebration of International Women’s Day, our friends at Disney on Broadway just announced the lineup for the 3rd annual “Women’s Day on Broadway: The Decade Ahead and How Women Will Shape It.”

Following its successful launch in 2018, Disney on Broadway’s “Women’s Day on Broadway” event aims to engage attendees—of all gender identities and expressions, naturally—in a day of open, honest, and meaningful dialogue about gender equality in the theater industry and beyond… immersing all participants and audience members in a series of conversations, inspiring each attendee to make an impact in their own communities. Panels will include perspectives from the creative forces behind this season’s Broadway shows; insight from women in the theater industry who’ve decided to “pivot” their professions; and a look at the challenges women face in the theater—and some of the solutions they (or their organizations) have put into action to help fix them.

“Women’s Day on Broadway” will be held on Tuesday, March 10, from 1 p.m. to 4 p.m., at the New Amsterdam Theater—home of Broadway’s hit musical Aladdin. For more info, or to reserve your free general admission seat, visit womenofbroadway.com. 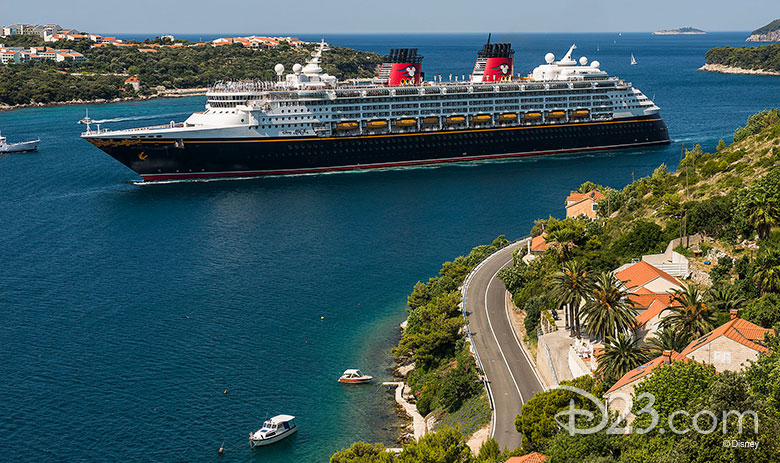 As we say ’round these parts, it’s never too early to start planning a vacation. Looking to travel somewhere amazing and exotic in 2021? Disney Cruise Line has got you covered, with an exciting return to Greece that summer! That country’s awe-inspiring beauty will shine with stunning landscapes and archeological wonders—including Santorini with its iconic whitewashed cliffside dwellings, and Mykonos with beautiful beaches along the azure Aegean Sea…

Other exciting stops on Greek Isles itineraries include Katakolon near ancient Olympia (home to the first Olympic Games), and the gorgeous Greek island of Kefalonia, a first-time port of call for Disney Cruise Line.

But that’s not all: That same summer DCL itineraries will offer ports-of-call stops in Dubrovnik, Croatia; Visby, Sweden; and Eidfjord, Norway. Plus, look for some amazing seven-night Alaskan itineraries, and all manner of tropical getaways to the Caribbean and the Bahamas.

Bookings open to the public this week—so make those plans, friends and fans! Visit disneycruise.com for more info.

ICYMI: You Need These Star Wars: The High Republic Details…

Lucasfilm and Disney Publishing Worldwide recently announced the launch of an all new publishing-led Star Wars storytelling initiative, and it sounds like it’s gonna be stellar… wait: make that inter-stellar! Read more on what you can expect from Star Wars: The High Republic right here at D23.com. 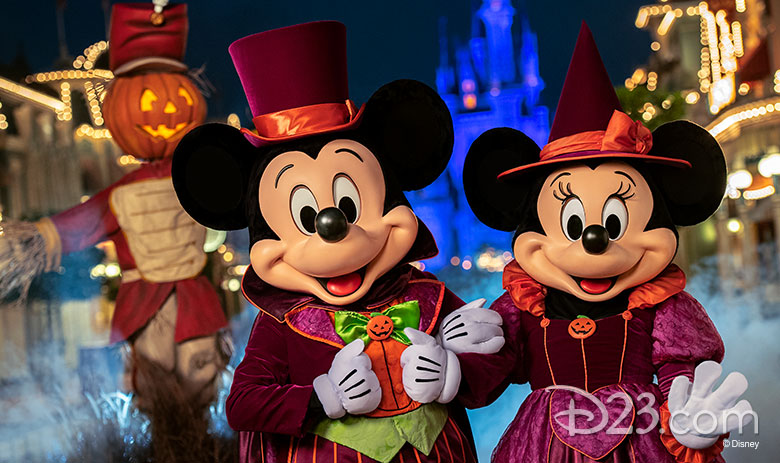 Yes, we know, it’s only spring. But we love Halloween here at D23, so we’re always on the lookout for ways to pre-plan some spooky fun. And thankfully, our good pals over at Walt Disney World Resort just announced that tickets for this year’s Mickey’s Not-So-Scary Halloween Party at Magic Kingdom park are now on sale!

During the event, you’ll have the opportunity to greet favorite Disney characters (some of them wearing Halloween costumes of their own), go trick-or-treating throughout the park, dance the night away at the Disney Junior Jam, and enjoy popular attractions with a special Halloween twist—including Monsters Inc. Laugh Floor, Pirates of the Caribbean, Space Mountain, and Mad Tea Party… not to mention all the cool Halloween décor, delicious food, specialty merchandise, and a few bewitching surprises along the way.

For more information on Mickey’s Not-So-Scary Halloween Party, including how to buy tickets (early birds can save $10, by the way!), visit disneyworld.com.