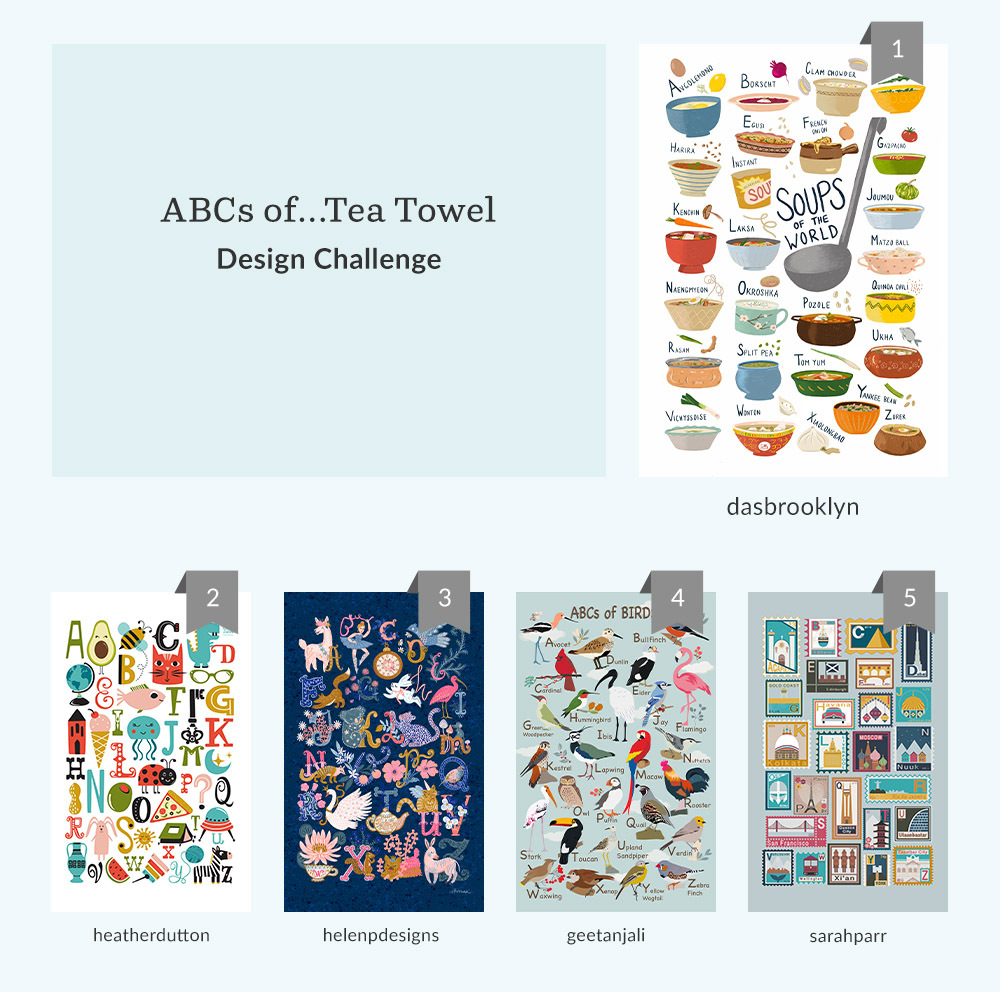 The post See Where You Ranked in the ABCs of... Tea Towel Design Challenge first appeared on Spoonflower Blog.