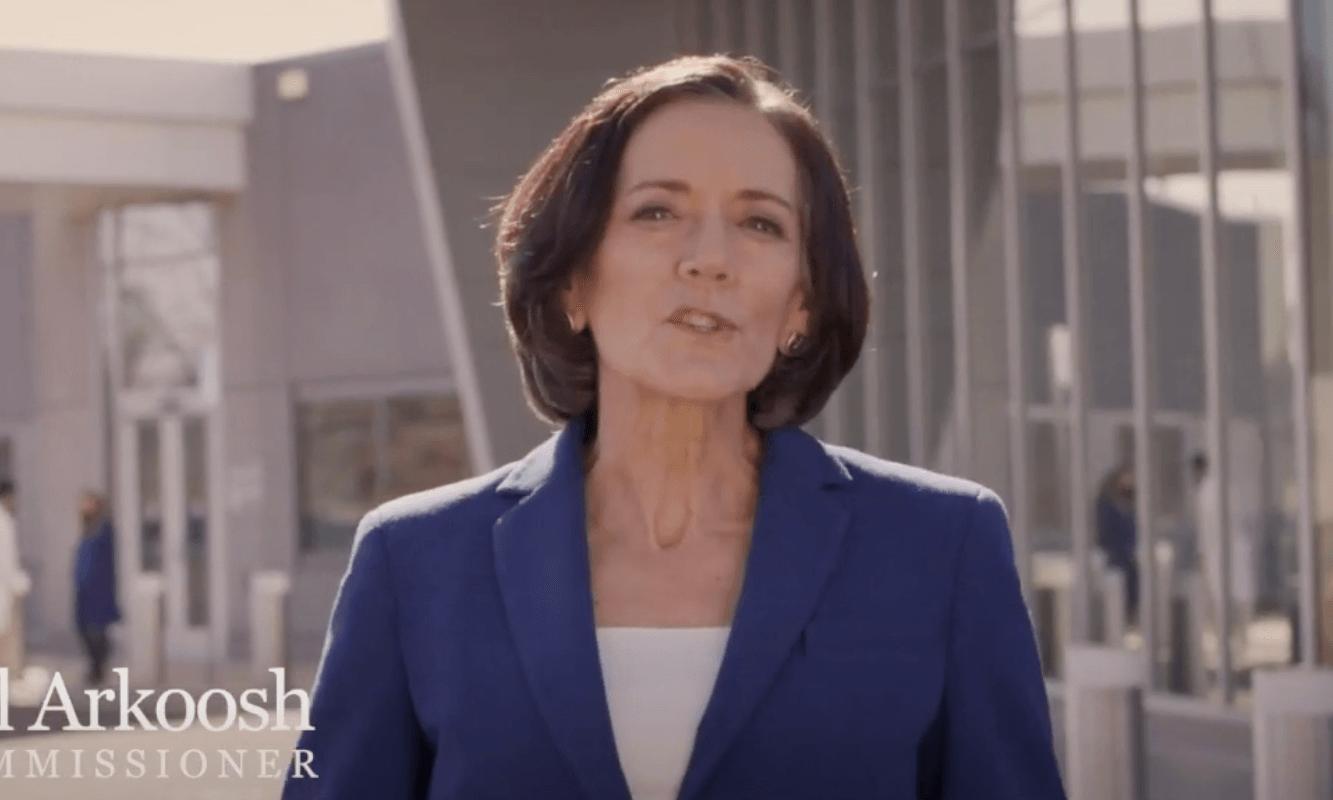 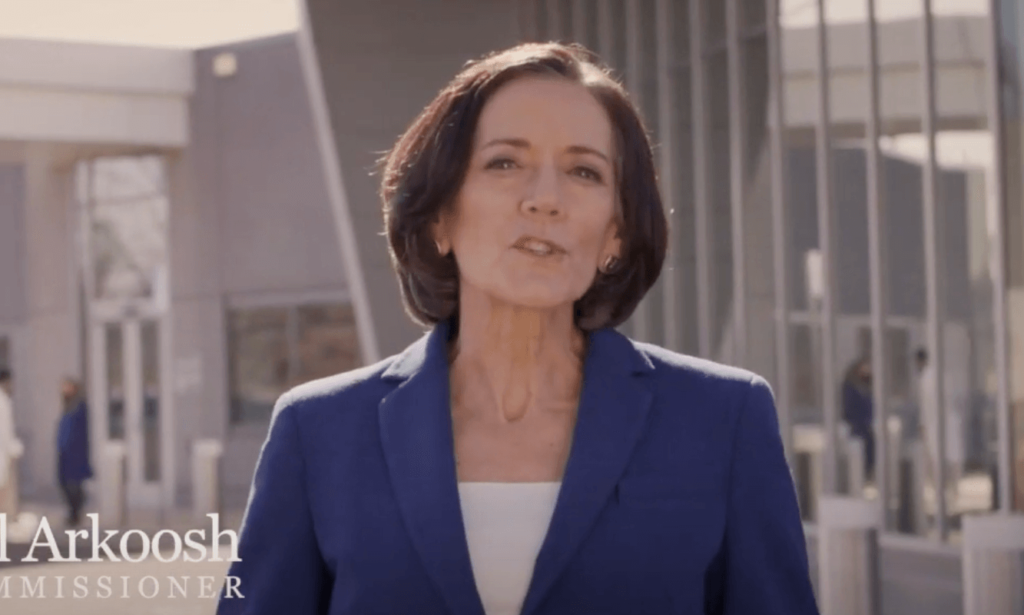 (A scheduling note: This newsletter will be off on Thanksgiving Day and Black Friday, returning Monday, Nov. 29. From all of us at the Capital-Star, our best wishes for a peaceful holiday for you and yours. We’re grateful for your support every day.)

With just four in 10 Americans aware that getting vaccinated against COVID-19 means that they are less likely to test positive for the virus, these are dangerous times for facts and science.

The nation’s effort to tame the COVID-19 pandemic has long been plagued by misconceptions, myths, and misinformation: More than half of unvaccinated  (53 percent) Americans say they do not plan to get vaccinated or take the new COVID-19 anti-viral pill if they contract the virus, according to an AXIOS/Ipsos poll released Tuesday.

But it’s precisely because of these heady times that Montgomery County Commissioner Val Arkoosh, a physician, said she’s uniquely qualified to win the Democratic nomination for U.S. Senate.

In a conversation with the Capital-Star on Tuesday, Arkoosh said that with abortion rights under assault across the nation, including right here in Pennsylvania, her experience working with pregnant people gives her a perspective that no other candidate in the (very) crowded Democratic primary field brings to the table.

The conversation below has been lightly edited for clarity and content. 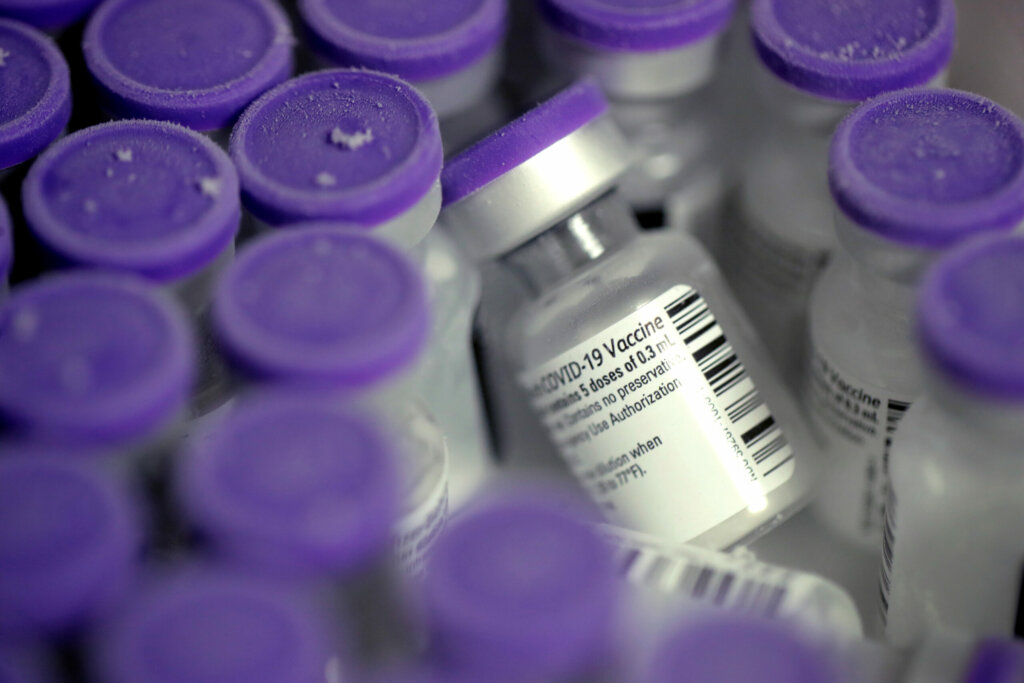 COVID-19 vaccine is stored at -80 degrees celsius in the pharmacy at Roseland Community Hospital on December 18, 2020 in Chicago, Illinois. The hospital began distributing the COVID-19 vaccine to its workers yesterday. (Photo by Scott Olson/Getty Images)

Q: You’re focusing on your experience as a physician and public health expert, arguing that best positions you for these times. Why? What can you point to in your background that shows that’s the case?

Arkoosh: I think that there has never been a more important time to elect the first woman physician to the U.S. Senate. Abortion is under attack. Climate deniers are undermining progress on climate change. Folks aren undermining the science on masks and the vaccines. And this is helping to delay our getting out of the pandemic. And people are denying the fact that President Biden won the election fair and square. I can stand up … to all these folks. We desperately need that voice in the U.S. Senate. Someone has to go toe-to-toe with the likes of [U.S. Sen.]Rand Paul, R-Ky. [who has been critical of the Biden administration’s pandemic response]. I hear from Pennsylvanians that this is what they need. I have the record of getting these things addressed in Montgomery County — that’s an asset in the primary and general election.

Q: What did you do in Montgomery County that specifically shows that’s the case?

Arkoosh: Let’s start with climate: The county has been taking very tangible steps around climate. We’ve getting electricity for our county buildings from wind; we have 10,000 acres of farmland preserved; we’re buying hybrid and electrical vehicles. The work we did through COVID is another example. We tried to convey data to the public in a straightforward way. We have 82 percent to 83 percent percent of people ages 5 and older with one or both doses of vaccine. 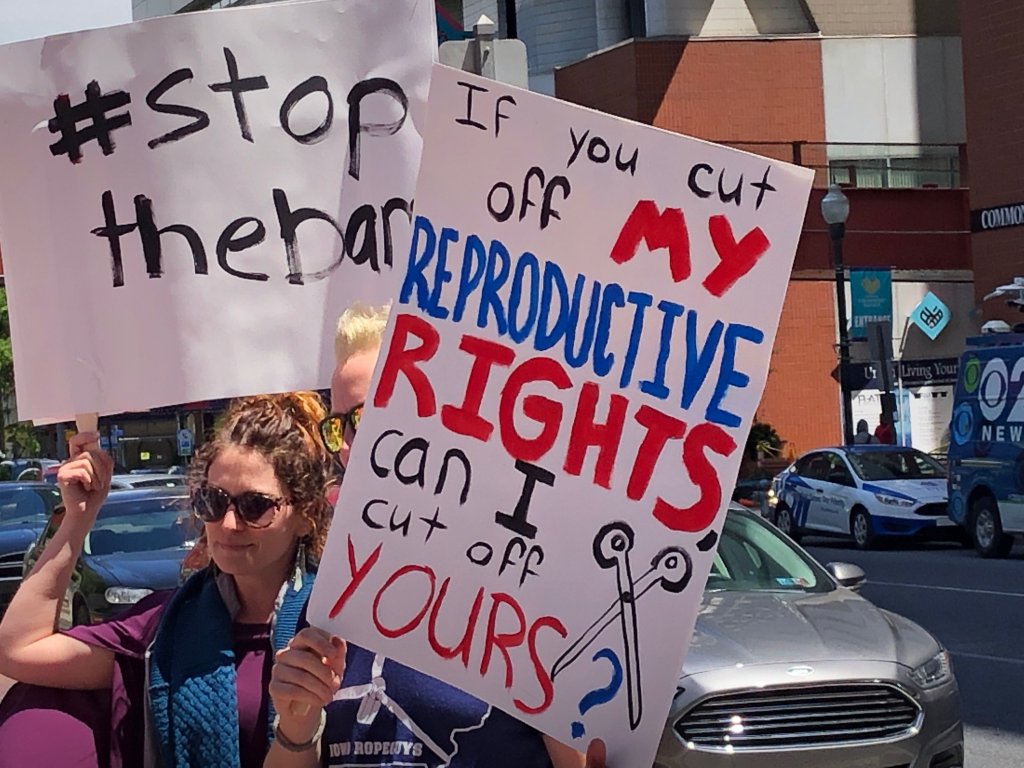 Abortion rights supporters rally at the Pa. State Capitol on Tuesday, 5/21/19, as part of a national day of action (Capital-Star photo by John L. Micek)

Q: You’ve argued for codifying Roe v. Wade into law — something that makes for a great soundbite in a Democratic primary, but something that is nearly impossible to pass given the way the Senate is right now. Does the Senate need to get rid of the filibuster first? Or can those things happen along parallel tracks?

Arkoosh: I have sat at the bedsides of women making the most difficult decisions of their lives. I have sat with women who have learned that the wanted pregnancies they were carrying would not survive past birth, or that they have an underlying medical condition that makes continuing the pregnancy a threat to their health or lives.

If the Supreme Court overturns [Roe v. Wade] … the consequences would be horrific. I have witnessed firsthand what would happen. If the Supreme Court overturns nearly 50 years of settled law, it will revert back to the states and [abortion access will] depend on the state where they live, and that is unacceptable. So I have been a vocal advocate of the [Women’s Health] Protection Act, which protects both people who are pregnant and providers. It has gotten through the House. And I have called on people to call their senators [and tell them to support it].  People want abortion to be safe and legal. Every survey I’ve seen has shown that.

[Editor’s note: Nearly six in 10 respondents to a May poll by the Pew Research Center said they believe abortion should be legal in all or most cases. The poll also showed deep partisan divisions on the issue.]

I also believe the filibuster has been a tool of obstruction for decades and that it’s time for it to go. If the people of Pennsylvania elect me to the U.S. Senate, I will cut through the dysfunction on this issue and many others. I would support getting rid of the filibuster. 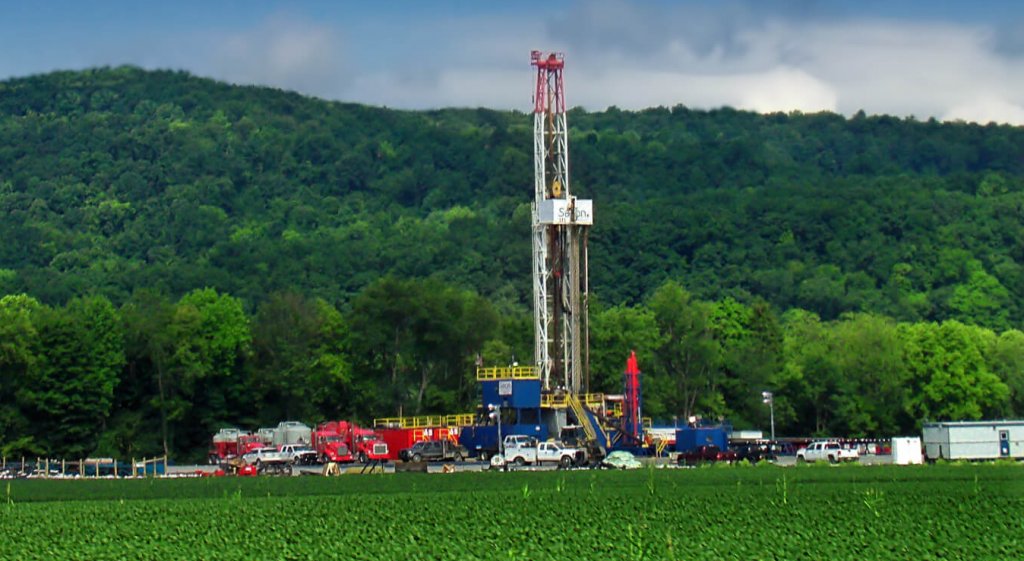 Q: You’ve advocated for banning fracking and used your public health knowledge to advocate on issues surrounding climate change. Can you talk a bit about the intersection there?

Arkoosh: I think we all need to ban all new fracking permits — we need to stop all new permits … We need to go after new manufacturing jobs for solar panels, wind, and the geothermal [sources] that we need to realize [that] future.

We can put people to work capping old wells and inspecting pipelines. We have to be honest as a state that the fracking jobs will go away. I would like to aim for that, by 2035, we have stopped all fracking. We need to be aggressive about this — because those jobs will go to Texas, or even China … That’s the future that is coming. These are union jobs, and we have to cover the cost of training. I don’t want anyone kicked to the curb.

Q: That’s been the big subject of discussion — a just transition to these jobs that pay as well and have the same benefits as the ones that people are leaving behind.

Arkoosh: Those are the points of discussion I have had with folks [in labor]. The cost of retraining must be covered. We can’t expect people to work without pay while they retrain. We need to make sure we attract the right jobs to our state that will pay those family-sustaining wages that many in the industry are getting now. I believe we can do it. We can’t be afraid to have this conversation today. We have to be honest about what is coming. Based on my county experience — I understand how long it takes to get the companies here, to train people. It is an honest question of public health and an issue of Pennsylvania’s economic future.

Our Stuff.
Marley Parish leads our coverage this morning with what you need to know about the vendor that’s conducting the Pa. Senate’s election investigation.

The Republican candidate in the last contested statewide race conceded on Tuesday, leaving the GOP as winners in three of the four statewide judicial races on the Nov. 2 ballot, Stephen Caruso reports.

In her first in-person town hall since the start of the COVID-19 pandemic, U.S. Rep. Madeleine Dean, D-4th District, brought constituents up to date on the state-level impact of the Biden administration’s  American Rescue Plan, the recently signed infrastructure law, and the still-unfinished Build Back Better Act, Correspondent Michala Butler reports.

Philadelphia District Attorney Larry Krasner says his office is doing everything it can to combat a wave of violence against the city’s women, our partners at the Philadelphia Tribune report.

On our Commentary Page this morning, opinion regular Bruce Ledewitz explains why Democrats need to worry about deficits. And a Brandeis University scholar explains how a lethal wave of fetanyl abuse spread across the country, fueling a rise in opioid overdose deaths.

Help support independent journalism this #GivingTuesday and every day. Your donations allow us to provide you with the news you need to make decisions about the big issues that affect your lives.

Pittsburgh’s school board has voted against reinstating a controversial disciplinary policy, the Post-Gazette reports.

Spotlight PA looks at the staffing crisis at child care centers and its impact on the economic recovery (via PennLive).

Parents in Elizabethtown, Pa., are worried about the community impact if the school district closes two elementary schools, LancasterOnline reports.

A 110-foot mural in Philadelphia’s Olney neighborhood of the late George Floyd has become a community rallying point, WHYY-FM reports.

This Thanksgiving weekend will be the Pennsylvania Turnpike’s busiest of the year, WITF-FM reports.

GoErie looks at the plight of local people who are experiencing homelessness.

Racial and ethnic minorities aren’t seeing their political clout increasing in the latest round of state redistricting, Roll Call reports.

What Goes On
The holiday weekend has started early. The desk is clear. Enjoy the silence.

You Say It’s Your Birthday Dept
Best wishes go out this morning to veteran agitator Eric Epstein, of Rock the Capital, who rings in another year today. Congratulations, sir, and enjoy the day.

Heavy Rotation
Here’s a lovely one from Courtney Barnett to get your Wednesday morning rolling. It’s ‘Write a List of Things to Look Forward To.’

And now you’re up to date.