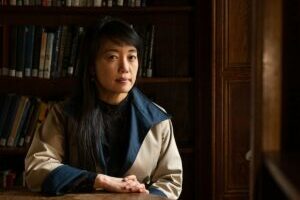 She Tweeted That Alan Dershowitz Might Be Acting Crazy. So Yale Fired Her.

From Intelligencer: “[Yale law and psychiatry department chair John] Krystal declined to be interviewed for this article, but in a letter to [Dr. Bandy] Lee sent in September of 2020, he claimed that she was fired primarily due to her ‘repeated violations’ of the Goldwater Rule, which he called ‘a crucial ethical and legal principle in psychiatry.’ Even if we accept Krystal’s contention that Lee offered formal psychiatric diagnoses of Trump and Dershowitz — a charge she denies — his insistence that she clearly deserved punishment is debatable.

Jerome Kroll, a retired professor of psychiatry at the University of Minnesota, argues that the rule should be abolished. Its ‘real purpose,’ he wrote in a 2016 paper, ‘is to prevent individual psychiatrists from misrepresenting or embarrassing the psychiatric profession, possibly at the expense of personal, professional, or social values.’ Judith Herman, a distinguished life fellow of the APA, notes that psychiatrists are often sanctioned for other ethical violations such as sexually exploiting a patient, ‘but to my knowledge, the APA has never disciplined anyone for violating the Goldwater Rule.’ Another critic, Leonard Glass, resigned from the APA in 2017 after 41 years because he believes the rule has been exploited to silence conscience-driven psychiatrists. (Lee herself resigned in 2007. ‘I felt this trade association was too beholden to the drug companies,’ she said.)

John Martin-Joy, the author of a comprehensive history of the Goldwater Rule called Diagnosing from a Distance, notes that psychiatrists are often asked to assess patients without conducting a personal interview. ‘Take the case of a psychiatrist who sees a patient in the ER after a suicide attempt and has to rely exclusively on the medical record,’ he said. ‘The APA doesn’t see this as a problem, so the strict limits it has set on what psychiatrists can say about public figures involve a contradiction.’

But numerous influential psychiatrists besides Krystal are fervent supporters of the Goldwater Rule. In a letter published in the New England Journal of Medicine, Columbia’s Jeffrey Lieberman, a past president of the APA, stressed that ‘more than any other medical specialty, psychiatry is vulnerable to being exploited for partisan political purposes.’ In violating the rule, Lee and her co-authors, he concluded, were advocating ‘a misguided and dangerous morality.’

In a 2017 paper defending the rule, Columbia’s Paul Applebaum, also a past president of the APA, argued that it prevents ‘essentially worthless’ diagnostic conclusions. When I asked him whether psychiatrists have a duty to warn the public about a potentially dangerous leader, Applebaum said, ‘Even in the case of Hitler, it’s not clear to me what unique knowledge they could have added. Psychiatrists would simply have echoed the conclusions of journalists or public intellectuals.'”

She Tweeted That Alan Dershowitz Might Be Acting Crazy. So Yale Fired Her.