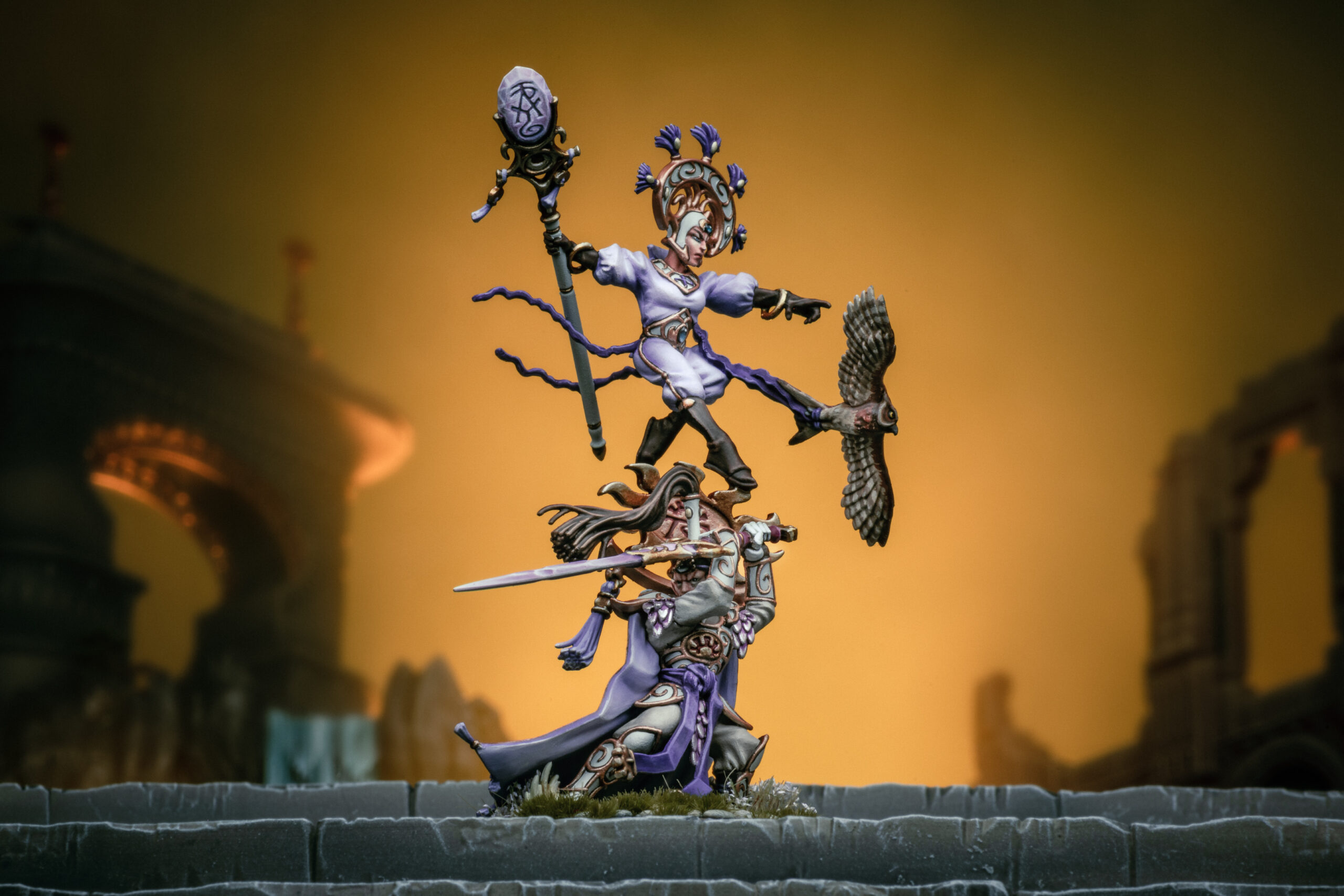 The traveling twins, Teclis and Tyrion’s chosen, and a real pain to paint.

The new twins of the Lumineth are a fun reference to the original High Elf twins, Teclis and Tyrion. They are also one of the only named characters in the range not tied to the “catch all” faction of Ymetrica. Instead Ellania and Ellathor they are keywords to the great nation of Iliatha. A nation known for its affinity toward twins, and a splitting of the same personality into multiple copies. They also offer a real test in terms of painting.

Painting this model took a variety of sub-assemblies, but I get the impression that some definite thought went into the creation of the kit. The sub-assemblies break down easily and give you a clear direction on what you should leave off while building. They do however still over some difficulty, the owl especially.

What do you think of the two Warsages? Have you built them yet? or do you plan on adding them to your Lumineth force? Let me know below with a comment or a reaction.