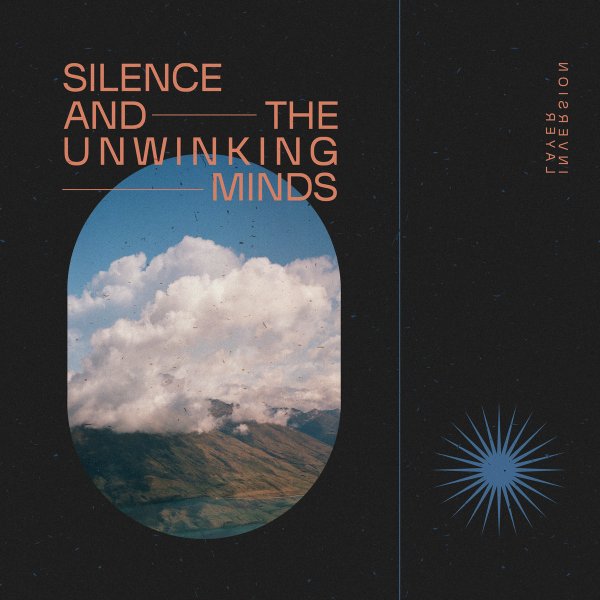 The new Silence & the Unwinking Minds album, Inversion Layer, is a delicately warm study of short moments of clarity. The solo project from New Zealand-based artist Derek Pearson explores the liminal spaces between transfixing, straightforward ambience and grainy, splintered texture. Throughout 11 relatively short tracks, Pearson tweaks this microcosmic sound to its logical extreme, experimenting with the airy feedback of a Eurorack synth alongside subtle tape machine manipulations. The results are often incandescent in their slowly unraveling pace, illuminating the quiet brilliance one might see in passing cloud formations through the limiting agent of an airplane window.

Indeed, the album artwork, courtesy of Wilmer Murillo, appropriately sets the scale and passive tone of the record. Opener “Chasm” floats along with quiet indifference, ushering in coarse swells that only settle into a defined mood as the track comes to a close. Pearson favors scene-setting over full immersion, subverting traditional notions of what ambient music might accomplish. The songs fade out just as they establish themselves, mimicking the fleeting, loosely conjoined thoughts one might have on an afternoon stroll. There is an undeniable comfort in these arrangements, but instead of gratuitously enveloping the listener, they slip away not yet fully formed. The results are often intoxicating in their pointed briefness.

“Epoch” and the title track both add propulsive rhythmic shapes to the formula, as velvety arpeggios skirt alongside the central chord swells. “Facade” and the following centerpiece “Memory Eternal” eschew dense layering for pensive, solitary motifs. The latter especially invokes a straightforward realization, as if the mildly scattered thoughts of previous tracks suddenly come together in a burst of explicit lucidity. Perhaps tellingly, it is by far the longest track on the record, and the only moment where time seems to stand still long enough to consciously notice.

Inversion Layer cumulatively functions as a vast exploration of a single thread. Each track follows a similar initial point and takes it to endless possible outcomes. The individual songs pass by with exquisite nonchalance, yet by the end of “Onyx,” a connected through-line establishes itself as a thesis on exploring deceptively connected tangents. After all, the clouds all form out of the same sky, hovering overhead and attempting to reach some sort of equilibrium around the elements. (Josh Hughes)