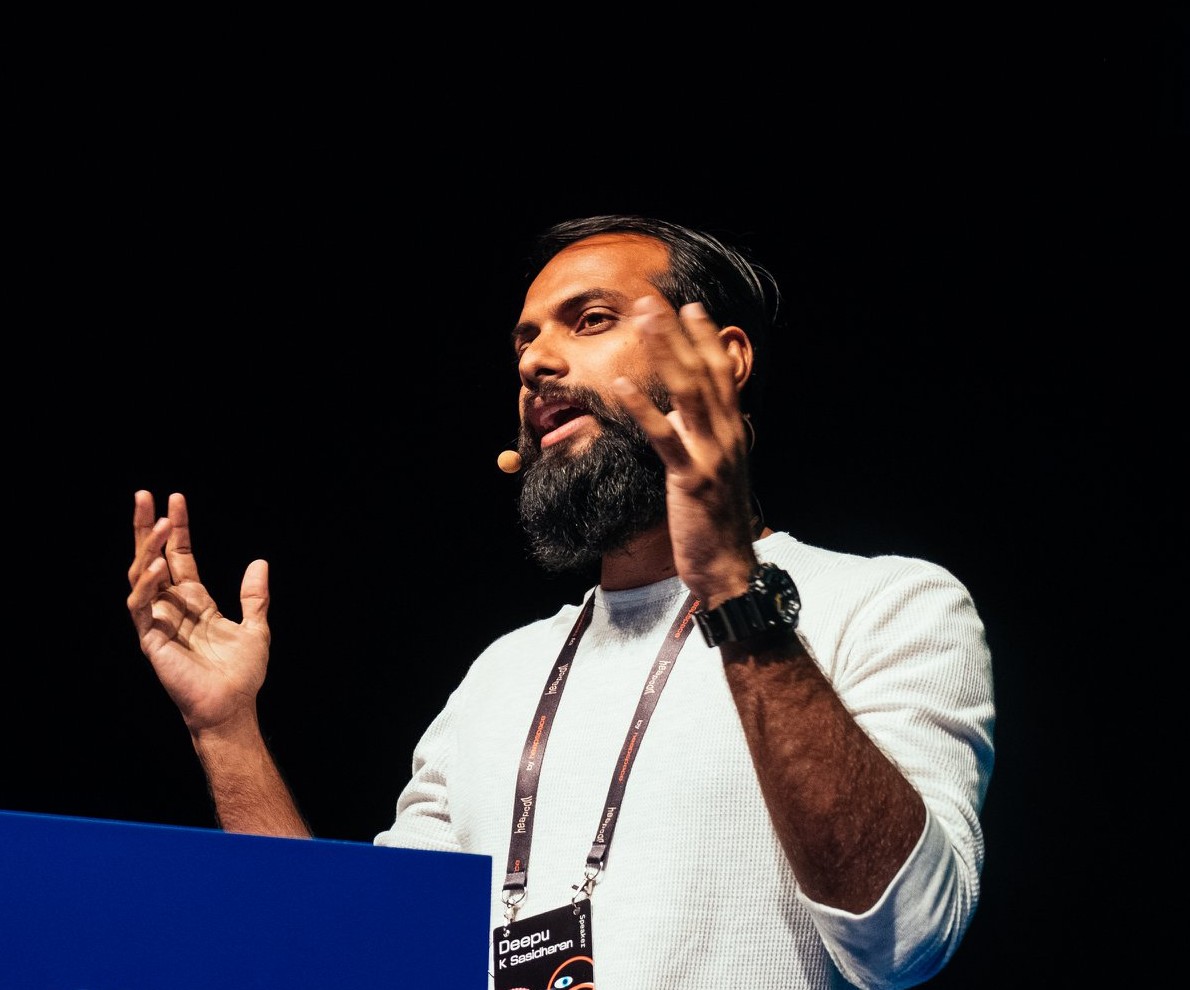 Spreading Some Okta Love to the DevOps World

So finally, I have landed at Okta on my second attempt 😉. I’m so excited about this new chapter in my career journey and can’t wait to see what’s in store. But first, introductions.

I’m from the south of India, a village in Kerala to be specific, but I grew up in Chennai since my parents moved there looking for work when I was 12. I like to call myself a software engineer with a soldering iron. That’s because I never intended to be in the IT industry. I wanted to be an astronomer, but that didn’t work out, so I wanted to get into robotics. I got myself an engineering degree in electronics and electrical engineering to pursue that, but apparently, the universe had different plans.

The recession of 2008 hit, and robotics companies in India weren’t hiring much. To make ends meet and repay my student loan, I applied to one of the biggest software companies in India with little to no hope. The only software experience I’d had at that point was the data-structures class (which I flunked once and had to retake) and a little bit of dabbling with JS and PHP when I ran a personal blog about modifying motorbikes. Surprisingly, I made the cut. Hence, I began my journey into software engineering with a boot camp provided by Tata Consultancy Services (TCS). That is when I realized I was pretty good at programming and I passed out of the boot camp as the top performer! I still love learning about astronomy and astrophysics, among other science subjects, and still ride a motorcycle 😄. I also love Linux and you can read my take on the state of Linux if you are interested.

What I’ve done so far

Fast forward to 2021: I have more than a decade of experience wearing all sorts of hats in IT, working with a dozen languages and all sorts of tech. I’m a jack of all trades and master of some. At TCS, I spend 2011-2016 in Singapore working for its airline customers. I started out building Java web apps for enterprises, did a lot of JavaScript and UX engineering, built mobile apps, led some teams, managed projects, and finally was part of a pre-sales team proposing architectures, building prototypes, and so on. I was also the go-to JS person there. This is when I started getting into open source, discovered JHipster, and fell in love with it.

I now co-lead JHipster along with Julien Dubois and Pascal Grimaud. While I don’t actively code that much for JHipster these days, somehow, I still hold the number two position in terms of contributions 😉. Fun fact: Okta was an early supporter of JHipster, and thanks to Matt Raible, Okta is now the platinum sponsor for JHipster.

In 2016, I moved to the Netherlands to join a DevOps startup and helped build an analytics product, developer tooling, and cloud and container integrations. I worked mainly with Java, TypeScript, and Golang. This is where my fascination for cloud and container tech began. I had been doing some advocacy all along for JHipster and DevOps by writing content, giving conference talks, meetups, and so on. In 2020, I officially became a paid Developer Advocate for Adyen, a unicorn in the fintech space.

As part of my open-source software endeavors, I continue contributing to Java and JS communities. Recently I got fascinated with Rust and built a Kubernetes dashboard in Rust, called KDash. I’m hoping to get more involved in the Rust community as well.

What I’ll be doing at Okta

As someone who has been following Okta closely for many years, it’s an honor to be here finally. Though I have dabbled in many things and was fortunate to work with a lot of different technologies, my expertise is still around Java, JS, Golang, Rust, and DevOps. I hope to use my skills to contribute to those communities as much as possible while making Okta a well-known name in the DevOps space. Stay tuned for more content, talks, and OSS contributions in those areas. While here, I also hope to improve the developer experience of using Okta products, especially in the DevOps space.

How to get in touch

You can find me on Twitter, LinkedIn or GitHub. You can also write to deepu.sasidharan@okta.com. I have an active tech blog at deepu.tech, where you can find me writing about my love for Linux, why I like Rust, or my opinion on tech in general, among other content. You will also find me writing technical pieces on this blog very soon.

Please do connect with me in your channel of choice and shoot me a message if you have any questions or if you just wanna chat.

Spreading Some Okta Love to the DevOps World