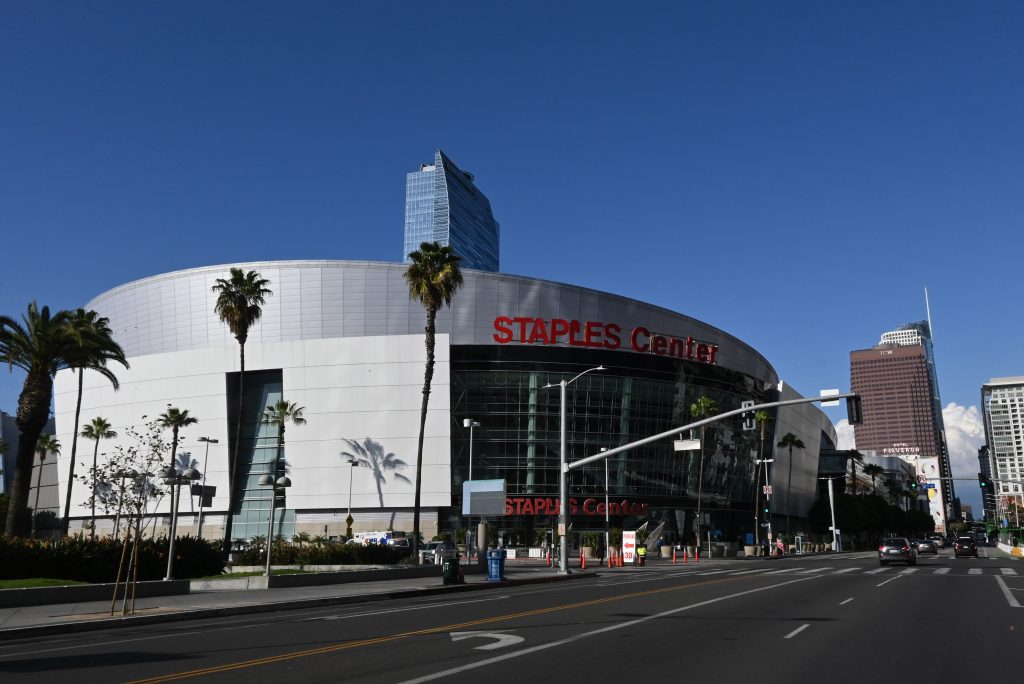 Have you all seen that weird commercial starring actor Matt Damon? To be honest, it’s hard to tell what the commercial is even about as Matt Damon saunters through a futuristic room (with Damon definitely just walking through a large room covered in green screen) rambling on about the future and yada, yada, yada. You don’t really find out what Damon is pushing to consumers until the very end, when the Crypto.com logo comes up. Yes, that’s right, cryptocurrency is now infiltrating one of America’s most tenured and popular media channels…television commercials. Crypto.com won’t stop at television, however, as they’ve now acquired the naming rights to the arena that the Los Angeles Lakers, Clippers, and Kings use…as the Staples Center will now be known as Crypto.com Arena once Christmas Day comes around in a little over a month (shout out to Front Office Sports for the scoop).

Staples Center – the iconic home of the Los Angeles Lakers and Clippers among others since 1999 – will have a new name beginning Dec. 25: https://t.co/lur8Hbuv0r Arena. It’s believed to be the largest U.S. venue naming rights deal to date.

In addition to the name change, Arash Markazi also reports that the arena will undergo a massive renovation. This renovation project will be alike to a massive project that went underway in Madison Square Garden, ending at a cost of $1 billion. The renovation took three total offseasons that started after the 2010-11 seasons of NBA and NHL.

Many Lakers fans were lamenting the news that rolled in late last night, as many claimed they’d never call the famed arena by its new name that will come into effect on December 25th. That may be the case for a few years, but eventually that “Staples Center” name (a stadium named after an office supply company, mind you) will fade into the past. Crypto.com and AEG (the owners of the building) have reportedly agreed to a 20-year deal (worth a whopping $700 million according to Axios), with some young Lakers fans growing up with most of their years of fandom going to games at Crypto.com Arena. Eventually, we’ll all get used to it. And then once we do, it’ll probably get named to another company with deep pockets, as Harrison Faigen of Silver Screen & Roll notes.

I’m just hoping that AEG kicks a little bit of that $700 million to Jeanie Buss so that she can actually pay the Lakers’ championship-level players.