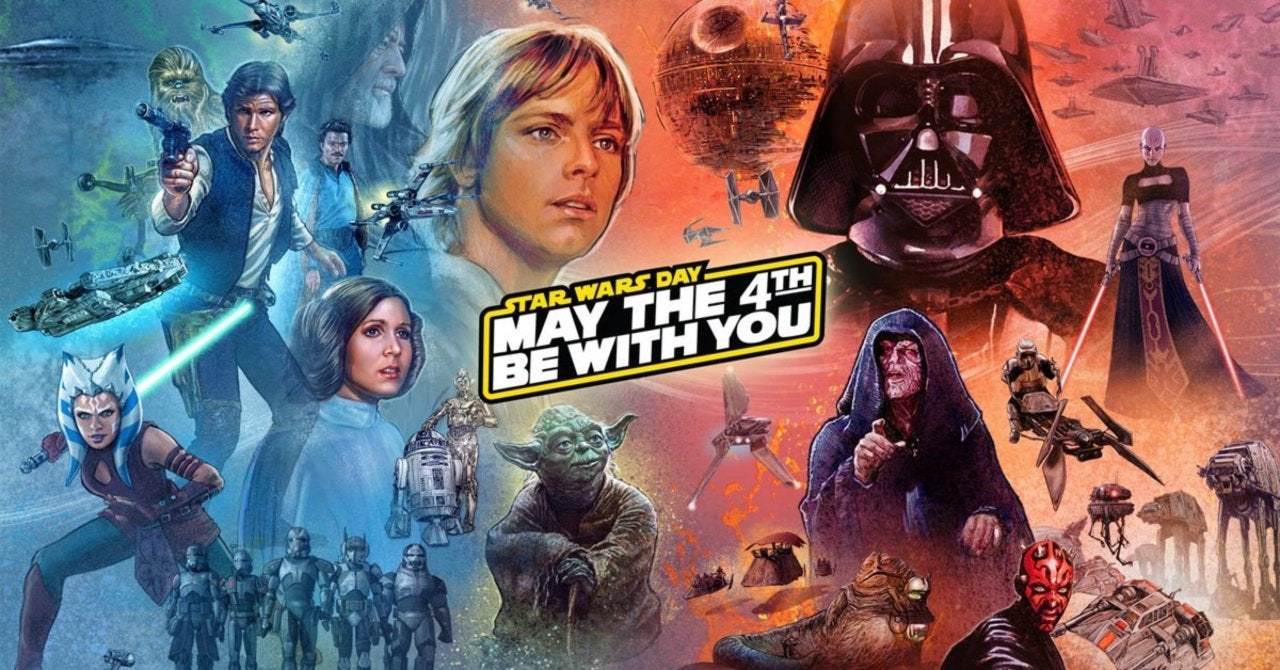 In honor of next week's Star Wars Day, which falls on "May the Fourth," the official Star Wars Twitter account shared a poster celebrating the franchise, featuring a number of iconic characters and vehicles. While the characters from the original trilogy serve as the main focus, there are also a handful of references to the prequel era of events, though noticeably missing from the poster are references to the sequel trilogy of films or anything from The Mandalorian. As Star Wars fans are known to do, many began voicing their disappointment over those beloved characters being absent from the impressive artwork.

Ever since Disney purchased Lucasfilm in 2012, the studio has attempted to create the impression that all of its stories connect to one another and carry with them the same importance as any other chapter in the series, with this new poster seemingly going against that directive. However, with the accompanying message on the post directly referencing video games, it could be possible that this artwork was meant to reflect Lucasfilm's beloved library of games that focus more heavily on the earlier years of the franchise, as the sequel trilogy and Mandalorian have both been underrepresented in that medium.

Celebrate May the 4th with a bounty of deals on Star Wars video games: https://t.co/pU8jLDRaXK pic.twitter.com/AveKC97Z6F

Scroll down to see what fans are saying about the poster!

Would It Have Hurt?

Along with forgetting the Sequels, you forgot Mandalorian, and even a bit of the Prequels too.

Just saying guys, would it have really hurt to squeeze Padme, Dooku, and Grievous in here?

At least at SWCC they didn't forget the sequels. pic.twitter.com/kTkZYkU1BS

Where mando tho? Bad Batch is on there?

Damn Star Wars, You're missing Kenobi, the cast of the Sequels, Mando, Grogu, Cal, and a ton more... kinda sus ??

No Mando, no sequels? No thank you.

Sucks that the sequels aren't represented, but damn, I love seeing Ventress in this poster! Absolutely underrated character

We can always count Chewbacca, R2 and 3PO as sequel characters ?

Everyone complaining about the sequel characters but I'm all like "WHERE THE HELL ARE THE MANDO CHARACTERS?" ?

Needs more PT and ST characters but beautiful art beyond that

Where are the ST characters though?