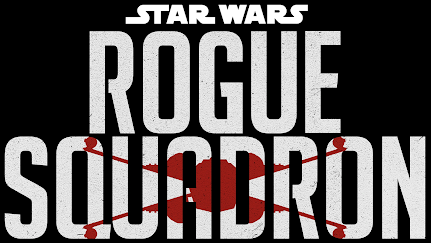 Lucasfilm have announced a delay to their next theatrical Star Wars release, Rogue Squadron. The movie was scheduled for release on Christmas Day 2023 but the movie has now been put on indefinite hold due to scheduling issues with director Patty Jenkins.

Jenkins was hired to make the film in late 2020, with the plan being for the film to enter production in 2022. However, Jenkins' schedule has shifted with Warner Brothers greenlighting a third Wonder Woman film, with Jenkins returning to co-write and direct, despite the previous film in the series, Wonder Woman 1984, having a risible performance both critically and commercially. Jenkins has also committed to making Cleopatra, a remake of the 1963 epic, and may shoot that before Wonder Woman 3 and both before Rogue Squadron.
Rogue Squadron has not been officially cancelled and officially remains in development with Jenkins as director. However, it may not see the light now until 2025 or later.
Disney and Lucasfilm have adopted a wary attitude towards the future of the Star Wars franchise on film, following the commercially disappointing performances of Solo: A Star Wars Story (which became the first film in the franchise to lose money at the box office) and The Rise of Skywalker (which made less than half the money of The Force Awakens). Instead, they have pivoted the franchise hard towards television, where The Mandalorian has been a smash hit success for Disney+ and generated two spinoff series: The Book of Boba Fett (to air in December) and Ahsoka (in pre-production). Two other series are in post-production, namely Rogue One spinoff Andor and the long-gestating Obi-Wan Kenobi project starring Ewan McGregor. Both are expected to air in 2022. The streamer is also developing The Acolyte, set in a much earlier time period. A further series, Rangers of the New Republic, was in development for some time but was recently put on indefinite hold. That's not including the animated projects The Bad Batch, Visions and A Droid Story.
On film, aside from Rogue Squadron, Lucasfilm is also developing a Taika Waititi-directed film, although a schedule for that movie has not yet solidified: Waititi has an insanely full directorial slate, including Next Goal Wins (in post-production), Thor: Love and Thunder (in post-production), The Incal (just announced) and a live-action version of Akira, as well as numerous ongoing TV shows. Lucasfilm is also developing a trilogy of Star Wars films to be planned, written and possibly directed by Rian Johnson, but this project has been put on hold due to the huge success of Johnson's Knives Out franchise (and, cynics may say, the polarising reception to Johnson's 2017 movie, The Last Jedi). Marvel head honcho Kevin Feige is also developing a Star Wars project as producer, and Lucasfilm has reportedly held talks on a Knights of the Old Republic movie, possibly contingent on the success of the new video game version of that story now in production.
The future will hold a lot of Star Wars, but the question is how much of it will be in the cinema, where the franchise originated.
Source: thewertzone