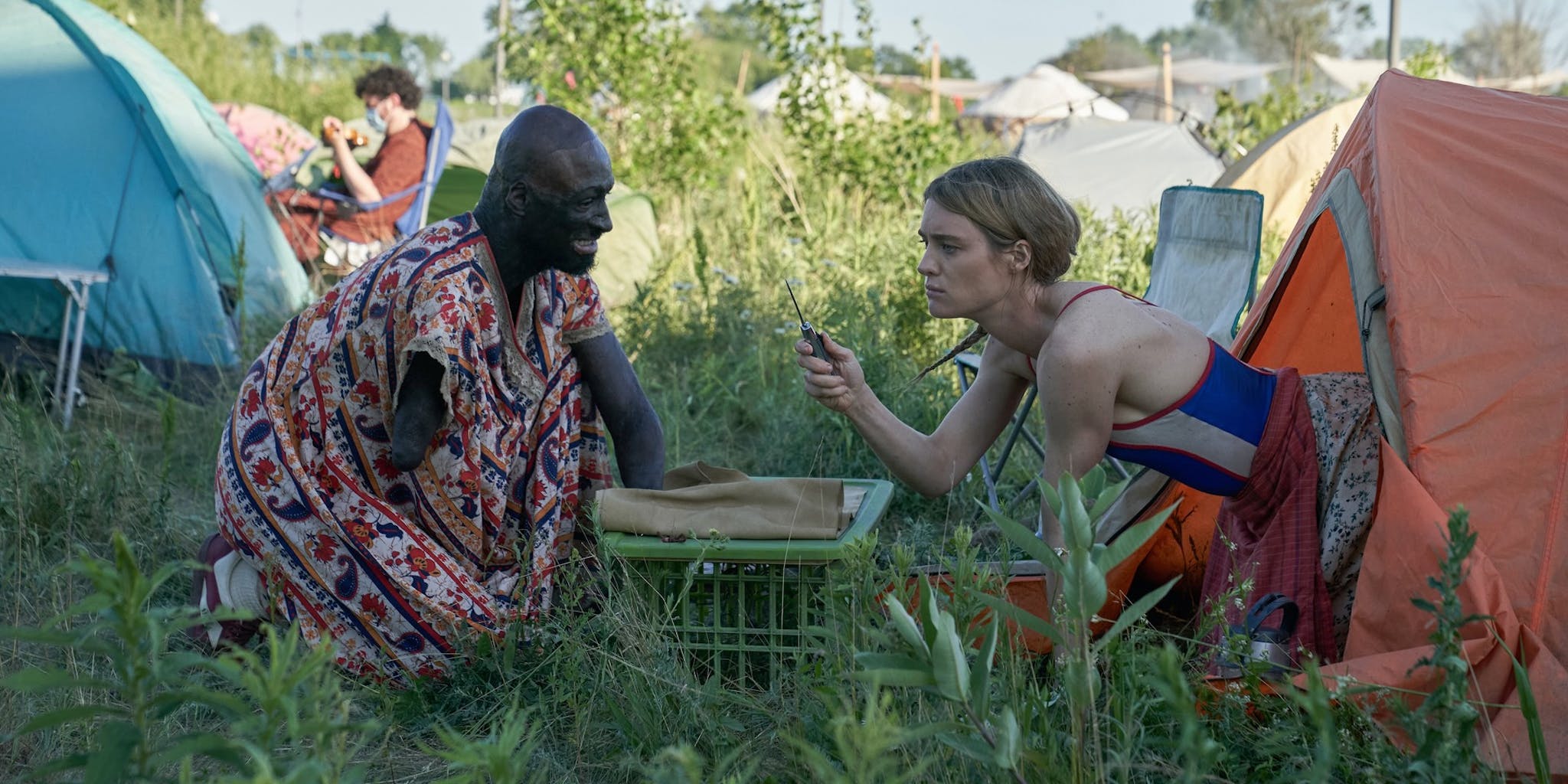 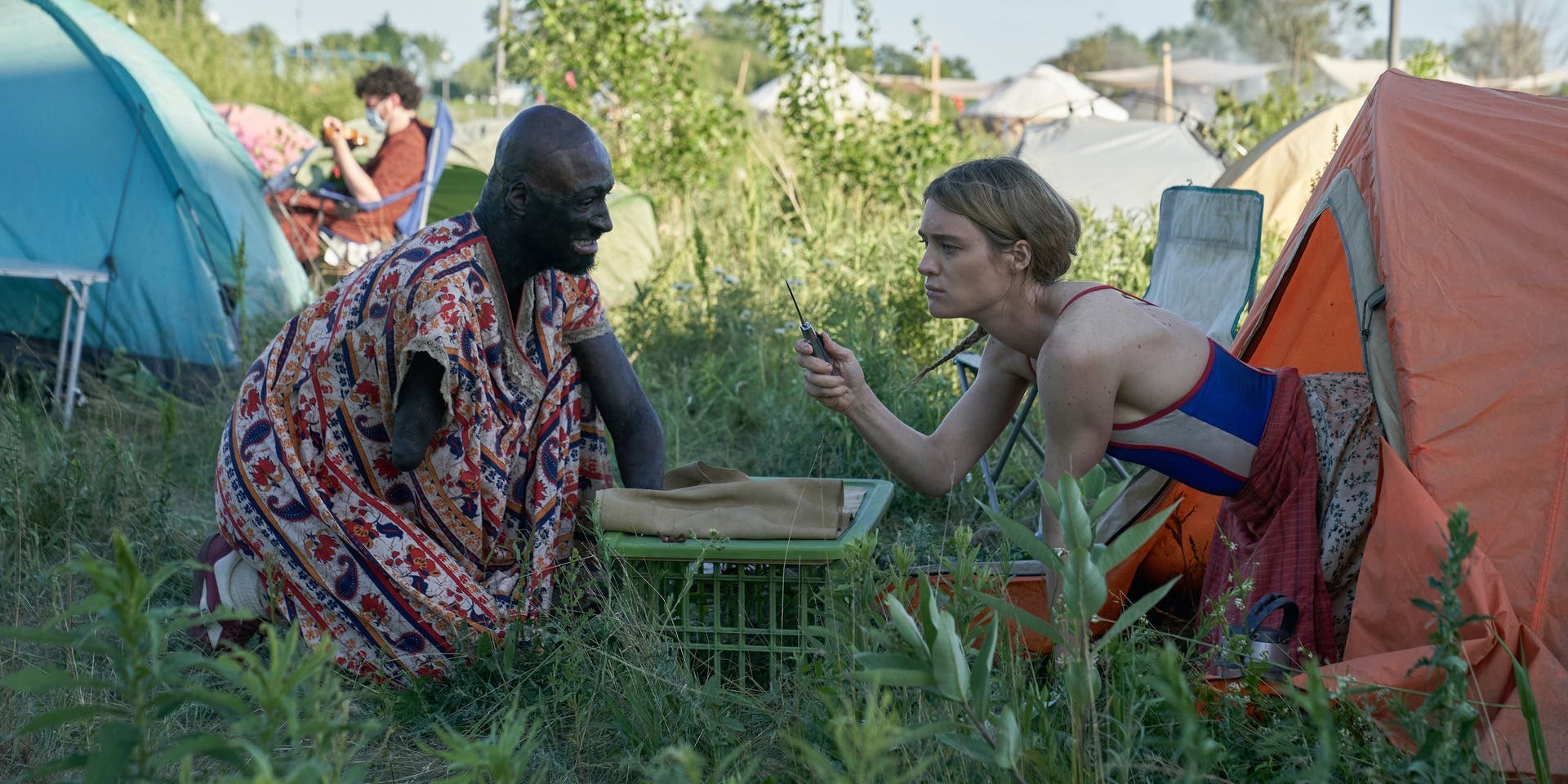 Based on the 2014 award-winning novel by Emily St. John Mandel—which many sought out in the early days of the COVID-19 pandemic because they found it comforting to read about a fictional pandemic during a real one—Station Eleven can be a big ask. It’s set in a world vastly changed by a flu pandemic that wiped out around 99% of the earth’s population, its survivors left to pick up the pieces and forge a path of their own. The first episode mostly takes place on the day that the flu goes from a fleeting illness that will blow over soon to the catastrophic event that will transform Chicago into a city of “just 2.5 million bodies.” Some people, knowing their lives are forfeit, urge their loved ones to shut themselves off from the world while they still can or try to help others escape impossible circumstances.

RELEASE DATE: Dec. 16, 2021
CREATOR: Patrick Somerville
STREAMING: HBO Max
Spanning the years before, during, and well after a flu pandemic wipes out most of the world’s population, a theater troupe travel to bring art to those who are still alive.

Despite its central premise and how the end of life as we know it plays out (slowly and then seemingly all at once), Station Eleven isn’t a constant onslaught of despair. It’s a much more hopeful and optimistic look at a post-apocalyptic existence, one that demonstrates just how the past is always with us even if we want to escape or forget it. With a worthy cast of players at its helm, it’s also a thoughtful exploration of the therapeutic ways in which art can help us process, heal, and escape even in the face of the unthinkable.

Station Eleven isn’t really interested in the details of the actual pandemic; we never see the origins of the flu, explore how it spreads, or how—after it eradicated most of humanity—it would taper down. The worldbuilding arrives as an aside and our glimpse of how everything has changed comes in brief waves, striking a similar chord as The Leftovers (another show less interested in the specifics of its own cataclysmic event). It’s depicted in how the greenery has taken over Chicago as it flashes between 2020 and 2040; it’s a flourish that director Hiro Murai (Atlanta) captures with aplomb. The post-apocalypse, in Station Eleven’s eyes, is bursting with color.

But it’s wholly brought to life by its characters. Their stories are introduced through multiple timelines, some of which play out in scenes from the past and present mirroring each other; the characters’ voices are layered onto one another, bringing to mind that one George Lucas observation about poetry. Some elements are explained right away while others won’t make sense until several episodes later, sometimes in episodes that could almost entirely be standalone from the rest of the story.

Station Eleven kicks off with a chance meeting during a performance of King Lear between Jeevan (Himesh Patel), who witnesses and tries to help star Arthur Leander (Gael García Bernal) after the latter suffers from a heart attack during a performance of King Lear, and Kirsten (Matilda Lawler), a child actor with a small part in the play. He offers to help her get home, but the pandemic cuts those plans short, leading to Jeevan bringing Kirsten along to quarantine with Jeevan’s brother Frank (Nabhaan Rizwan) in a Chicago high-rise. Twenty years later, Kirsten (Halt and Catch Fire’s Mackenzie Davis) is now part of the Traveling Symphony, a nomadic theater troupe that goes around the Great Lakes to perform Shakespeare for anyone who will watch them.

Introduced along the way are the Conductor (Lori Petty), the leader of the Traveling Symphony who took Kirsten under her wing; Arthur’s friend Clark (David Wilmot), whose air travels are diverted; Gil (David Cross), the troupe’s former director; Arthur’s ex-wife Elizabeth (Caitlin FitzGerald); and Miranda Carroll (Danielle Deadwyler), the author of Station Eleven, a graphic novel about a man in a spacesuit who watches the world from a space station (and occasionally emerges off the page), that Arthur gives to Kirsten shortly before the pandemic begins.

Art can be profound and powerful in how it affects us. We see that play out in our own lives with the media we consume and use to process one thing or another. Several scenes involve characters wrestling and debating the merits and themes of Hamlet, the Symphony’s current show, and how it might resonate with its audience; even the post-apocalypse can’t stop discussions on whether or not it’s overrated. The Traveling Symphony is a yearly attraction with fans who recognize them and look forward to their visit, and they’re renowned enough that they’re followed by a man who wants them to veer off their familiar path to perform at a place known as the Museum of Civilization.

Kirsten reads Station Eleven over and over again; each time, she finds some new idea that might resonate. “When I read it,” Kirsten says to another character later in the series, “it didn’t matter that the world was ending because it was the world.” But you also can’t control the ways in which people take art. A mysterious man called the Prophet (Daniel Zovatto) can somehow quote Station Eleven, giving the text a much different meaning. Another character in a position of power worries what its audience might think of a performance they might witness.

Occasionally a bit heavy-handed in execution, the performances make Station Eleven worth the tough sit. Lawler, as the younger Kirsten, is spellbinding, a quality that carries over to whenever Davis takes the mantle. And it works much more than it has any right to, proving yet another avenue in which art can help us process our own reality. In Station Eleven, the end of the world arrives and, despite the far distance, art still survives. What could be more hopeful than that?

The first three episodes of Station Eleven premiered on HBO Max on Dec. 16. Subsequent episodes will drop weekly in groups of two before the final episode airs on Jan. 13, 2022.

The post ‘Station Eleven’ is a hopeful outlook on the end of the world appeared first on The Daily Dot.