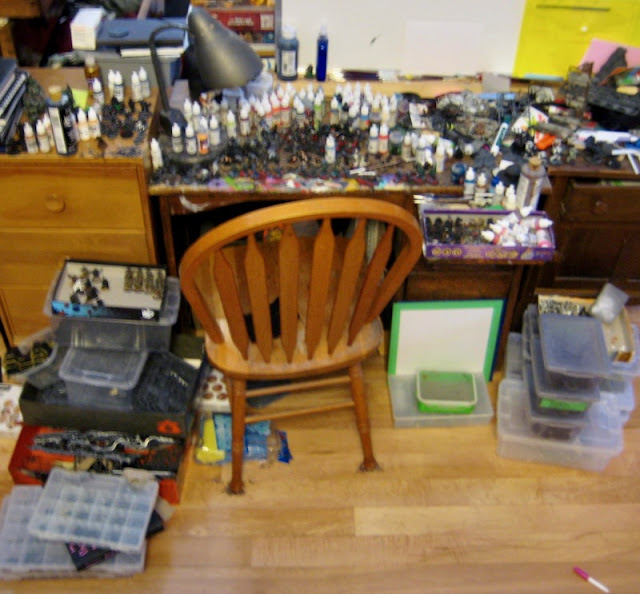 Here are a few of those posts:

Partly I do it out of curiosity. I love statistics and data - you can’t properly make decisions about how to move forward if you don’t properly know where you are at! Often, there is also an element of trying to SHAME myself into NOT BUYING MORE STUFF! I have gotten a BIT better (a very little bit) at buying less stuff… I wanted to take a bit more of a positive approach this time around.

The Silver Bayonet has been a bit of a revelation for me (or a reminder, really).  A new game that was shiny and exciting - that I could just play right away and didn’t NEED to really paint much. The Dragon Rampant game I played earlier this year with stuff I’d painted ages ago (which I'm not sure I'd EVER played with, and then some of which was rebased more recently - like, last year... and then STILL never got around to playing with)

I’d really like to play MORE miniature games. I mean, THIS is a MINIATURE WARGAMING BLOG after all!? Miniature games are its raison d’être! I like miniature games that are more like role-playing games - narrative-based, designed scenarios - ideally as part of a campaign that continue the narrative through a series of games. Doesn’t have to have a crunchy, campaign “system” - in fact, I’m starting to believe that there really isn’t a codified rules system for miniature campaigning that will ever really work all that well… (more on that in another post… do’t hold your breath though, it’s been sitting as a draft for over a month and a half…)

One of the biggest, but conceivably fixable barriers I have to more gaming is WAY TOO MANY miniatures in my current painting space. There is a circular pattern I've noticed to gaming and painting habits. I get motivated to play games and dream up scenarios for games WHILE painting miniatures… Conversely, playing the games motivates me to paint more miniatures for a game! I feel like I’m not doing much of either, right now, and a lot of that block, has to do with the lack of getting things done and the reason I’m not getting things done is the aforementioned TOO MANY MINIATURES ON THE PAINTING TABLE! On the rare occasion I am not feeling too overwhelmed by it all, and I actually DO a little work on any of the projects, I will do a bit of work on this and a bit of work on that and a bit of work on the other thing  and NONE of it EVER gets FINISHED!

this is what my painting station and the surrounding area is currently looking like...

(sorry about the blurry pictures, there is really terrible lighting in this room!?) 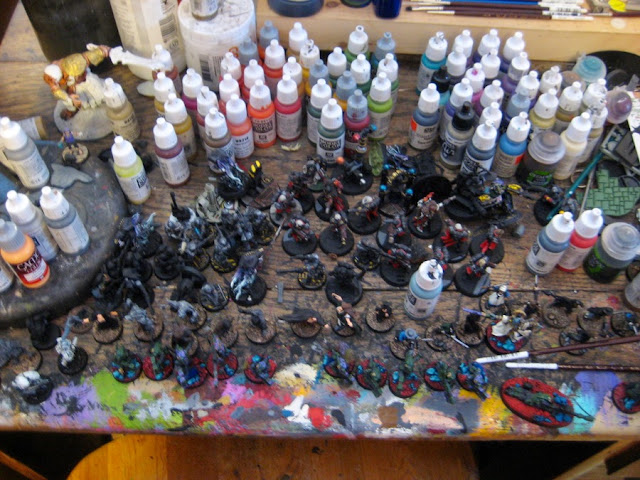 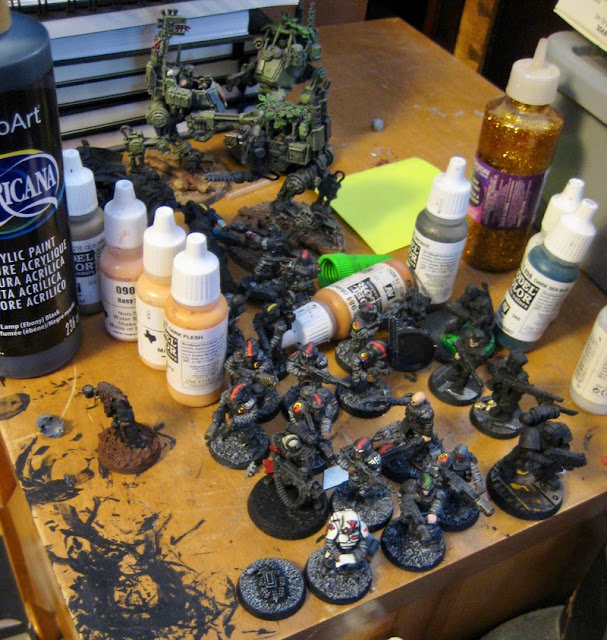 On one of the wings - MOAR Kill Teams... MOAR Warhammer Underworlds Warbands - some more 40K stuff to expand current Kill Teams into Combat Patrols for 40K... 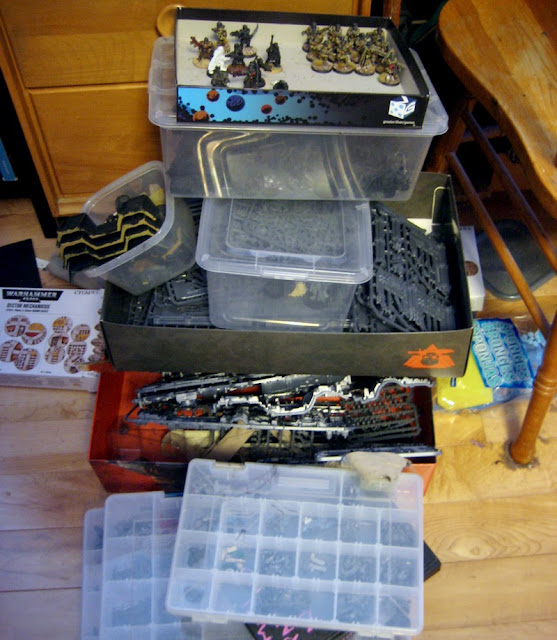 One of many other precarious piles in the immediately surrounding areas of stuff that was one the table and was temporarily shifted off to make room for new stuff... or brought up and realized there was no room for it and left in a pile nearby.... None of this is new... I made this same realization earlier this year and this is what was supposed to happen - ONE unit/warband/project on the table at a time and the rest in labelled boxes nearby to grab the next project when I finished the one I was working on...

So what does this all have to do with stock-taking?

BEFORE stocktaking... I want to reboot CLEAR OFF the workstation and everything around it… REboot the mess of it and spread it all out on the BIG GAME TABLE downstairs and, that leads us to...

The Stock-taking - go through it all - and all the other stuff in boxes and drawers and take stock of things, GAME-by-GAME. Rather than just cont number of painted and unpainted of this and that, I’d like to see what I HAVE for the games I’d really like to play sort out the forces that I’ve collected to play those games and see where I’m at with them. What is DONE? What else NEEDs to be don in order to actually be able to PLAY the game? What else do I have that COULD be done, that would add options for new scenarios and build the narrative, etc.

THEN, put stuff in labelled boxes and have a general idea of what things I want to do in what order and go back to ONE warband/unit/etc on the table at a time... and the rest in clearly labelled boxes so I can find the next one, ONCE I"M DONE the one I'm currently working on!

Well, I have been playing a LOT of Games Workshop games the last few years - 40K, Kill Team, Necromunda, 40K Apocalypse, Age of Sigmar, Warcry, Warhammer Underworlds, Warhammer Quest (Blascktone Fortress, Cursed City),etc… I am still very interested in all of these and have a LOT of stuff I could play with.

I also have a LOT of other games I’d like to try or get back to playing… All of the Dan Mercy games - Lion Rampant, Dragon Rampant, The Pikeman’s Lament, Rebels and Patriots, Men Who Would Be Kings, etc… All the games based on the Song of Blades and Heroes game engine developed by Andrea Sfiligoi - Song of Blades and Heroes, A Fistful of Kung Fu, Fear and Faith, Flying Lead, Of Gods and Mortals, Song of Shadows and Dust, etc. A bunch of the games by Joseph McCullough - Frostgrave, The Silver Bayonet, Stargrave, etc (I wouldn’t mind picking up Rangers of Shadowdeep at some point and giving THAT a try…). And so many others - De Bellis Antiquitatis, Hordes of the Things, One-Hour Wargames, One-Hour SKIRMISH Wargames, Force on Force, Ronin, En Garde,

Over the next month, or so, I'm going to take stock for each of these games - and post about where things are at - and, hopefully, that will help with making some decisions about what to do in the new year - what games I will play, what things I will focus on to paint - which will likely be revealed in the 2022 Game Plan!
I was thinking I would like to PLAY and post a game report for 50 miniature games next year - about one per week - this seems like it should be an easy thing to do. I have so much I can already play with. I have at least two people in the house that are, usually, willing to humour me and play a game from time to time... and I'm totally willing to try out some SOLO gaming with Frostgrave (using Perilous Dark) or The Silver Bayonet...?
We shall see...
Source: saskminigamer