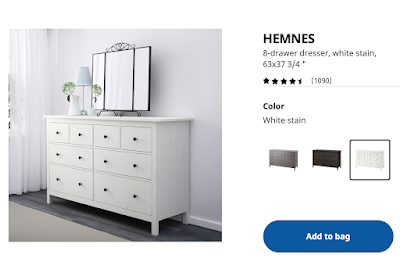 A few years ago I asked our readers what was most important to them in a primary suite:  a big bedroom, a big bathroom or lots of storage.  Storage won, by a landslide!  Let's face it, we all have more 'stuff' than we need and storage space is always at a premium in an old house.  So the trick is figuring out where you can capture every square inch of storage!

This bungalow has a gable roof, so some sections of the room have low ceiling heights.  Normally that would limit its usefulness, but we took a tip from other antique bungalows and figured out how to create storage space in the low hip gable space. 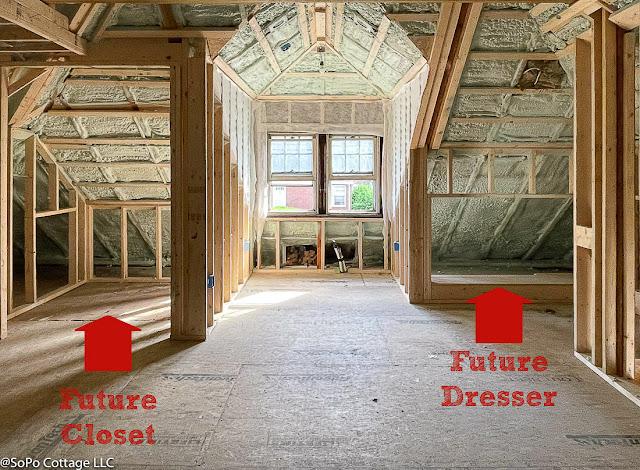 Our approach -  create built in dressers.  We took a couple of IKEA dressers and modified them to fit into the wall.  For the longer wall we could use the Hemnes large dresser and the smaller wall worked with the three drawer unit.  I liked the Hemnes because they're made of real wood and can be painted to match the rest of the trim.

To get started, we put them together per the instructions, but left the drawers out until the end.  To give it that built-in look, Brian trimmed the front edge of the top and removed the legs at the bottom.  That way they fit perfectly into the opening we created in the wall.  I had millwork custom made to match the original, so once he added that around the dressers, they look like they've been there for years! 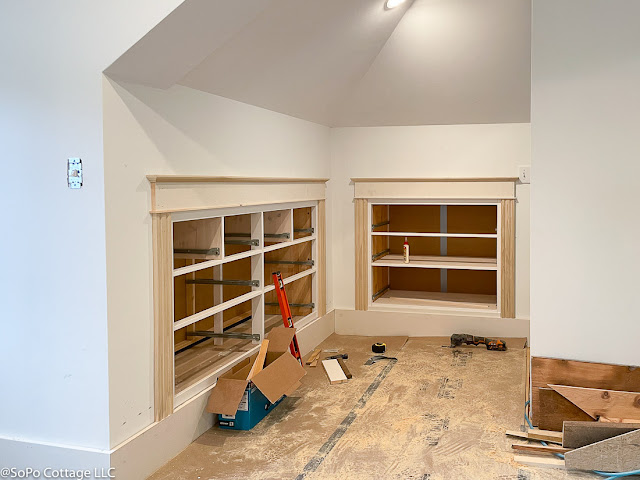 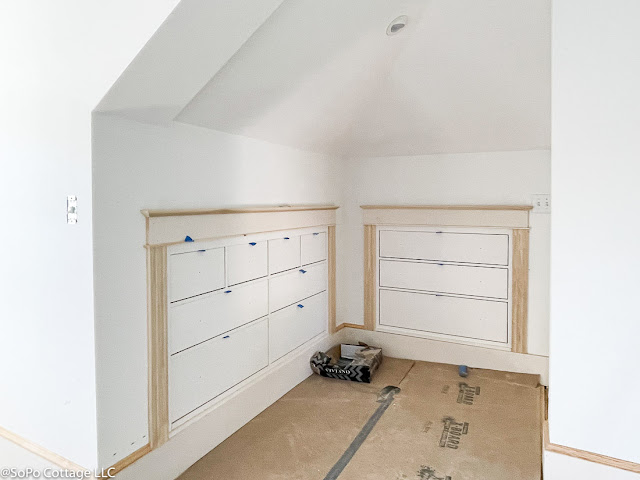 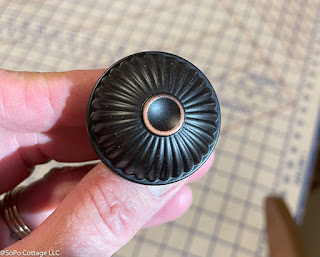 I bought antique style knobs, that we'll install after the whole unit is painted.

This could easily be a DIY project for someone to do in their own home.  Isn't this a fantastic way to create additional storage?