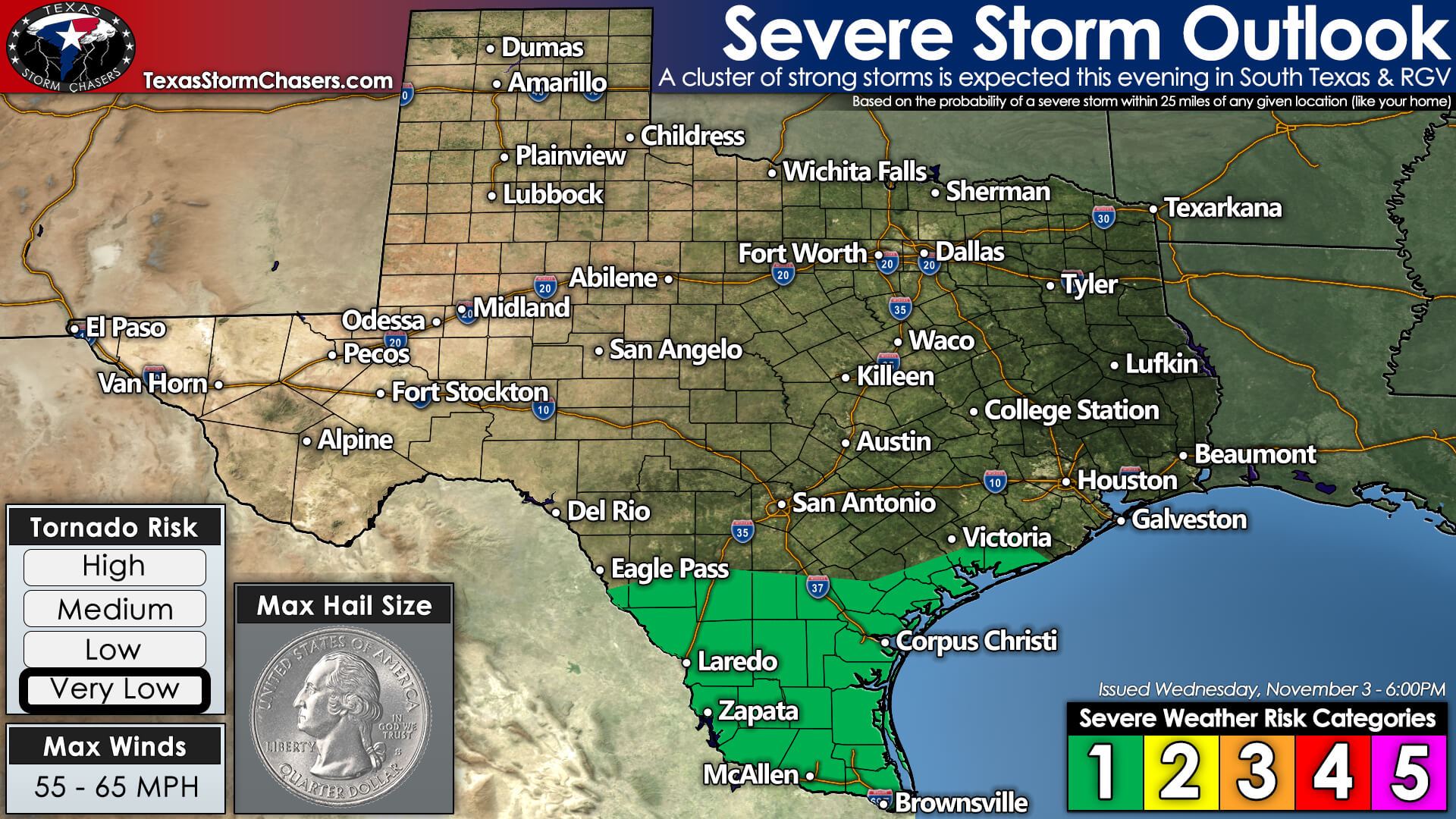 Showers and thunderstorms continue across Central Texas, the Brazos Valley, Southeast Texas, and the Golden Triangle. A mainly electrical thunderstorm is offshore southwest of Galveston – moving away. Rain has ended across the northwest half of Texas, although low clouds and chilly temperatures will continue overnight.

An uptick in thunderstorms is expected this evening across South Texas, the Rio Grande Valley, and the Coastal Plains. A few storms may make it up into the San Antonio Metro overnight, but chances will be higher to the south. The atmosphere looks to be a bit more unstable than we thought earlier this morning. Stronger thunderstorms are possible with hail and gusty winds tonight in South Texas and the Rio Grande Valley. Those storms are also going to be capable of producing heavy rainfall. Tornadoes are not expected with tonight’s activity.

Thunderstorms will move off the coast a few hours after midnight. Showers and isolated storms will continue into Thursday morning from Del Rio, San Antonio, and Sealy down to South Texas’s coast and Rio Grande Valley. Tomorrow morning’s convection will be tamer compared to the more rambunctious boomers expected in South Texas later this evening. Rain will end tomorrow afternoon, and the faucet will remain shut for a while.

Temperature trends into the Weekend

The next several nights will feature chilly temperatures. A hard freeze will end the growing season across the Texas Panhandle tonight. Frost and perhaps a minor freeze will be possible for portions of West Texas, Texoma, and Northeast Texas over the next few nights, but a widespread freeze is not expected. High temperatures will start to rebound this weekend with above-average temperatures, especially by Sunday. Frankly, this weekend is looking fabulous in the weather department across all of Texas. If you can spend time outdoors, I’d strongly encourage it!