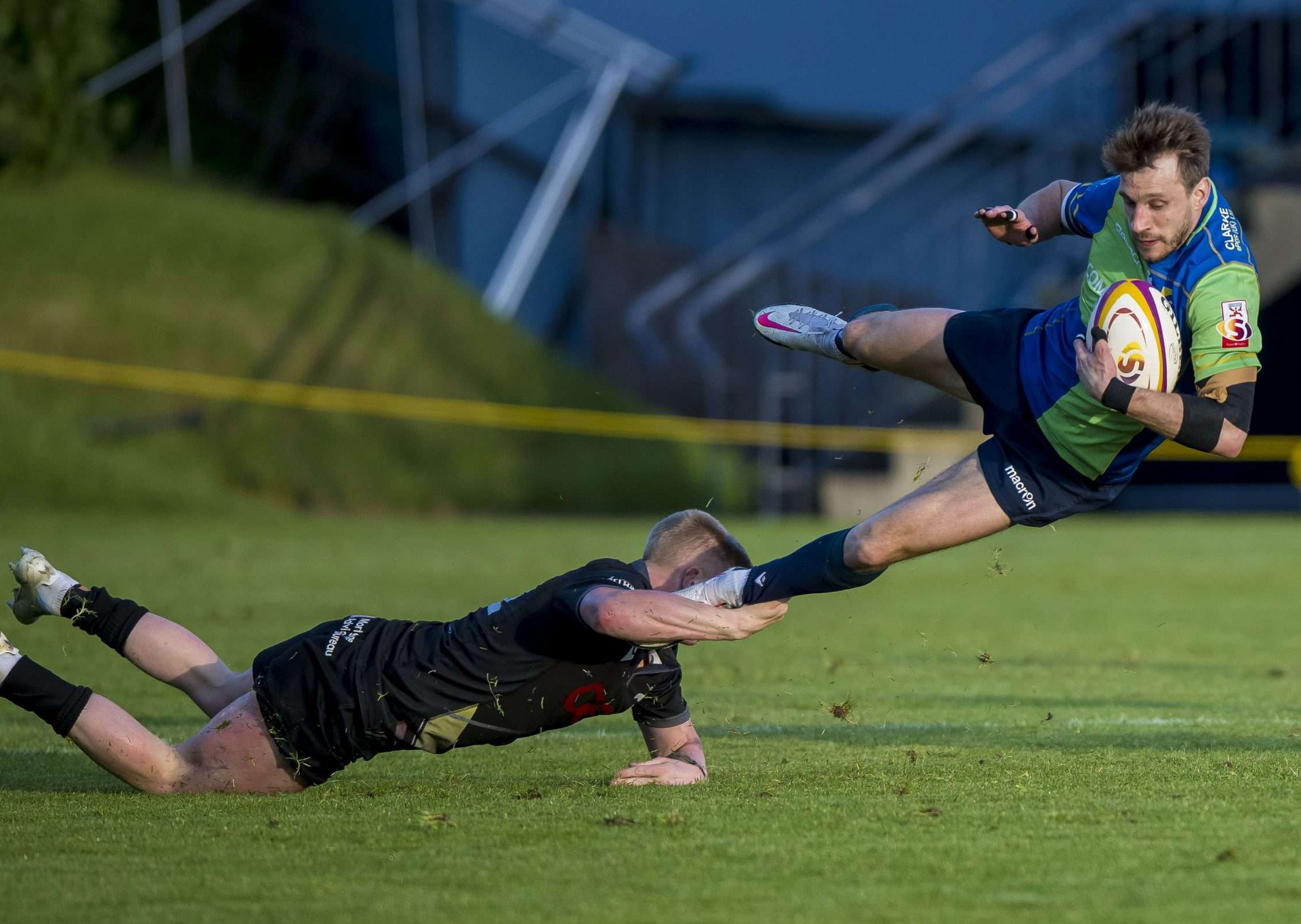 TWO members of the Boroughmuir Under-18 team which won the National Youth Cup at Murrayfield two months ago will make their first Super6 starts for the Bears in tomorrow’s Sprint Series round six clash against Southern Knights, with hooker Jerry Blyth-Lafferty and flanker Liam McConnell being rewarded for strong showings off the bench against the same opposition last weekend.

The other change to the pack which started in last Friday’s victory over the Knights sees Martin McGinley come in at tight-head prop and Callum Smith shift across to the loose-head.

With Corey Tait being rested as a precaution, another teenager in Loretto schoolboy Fin Duraj provides bench cover at hooker. Duraj will be the fourth hooker the Bears have used this season alongside Tait, Blyth-Lafferty and Iain Carmichael, none of whom are older than 19-years-old.

Meanwhile, there is a change on both wings for the home side, with Callum Ramm and Joe Jordan starting in place of the injured duo of Glen Faulds and Adam Scott. The rest of the backline is unchanged, and this will be inside-centre Robbie McCallum‘s last appearance before he moves to London. “Robbie has been an outstanding player for the Bears and huge part of what the group has been about since it’s conception,” said head coach Graham Shiel. “We wish him a bright and successful future and we will watch his progress with interest.”

“After a good win against Southern Knights last week, the squad have been focused this week in trying to improve areas of our performance that we felt we could have performed better last week and that we can control as we look to progress as a group and continue to move forward,” added Shiel.

“It is unusual to be playing back-to-back games against Super6 opposition, but we are grateful for another home fixture and we know that Southern Knights will arrive at Meggetland desperate to improve on their performance last week.

“We again need to be accurate across the squad in the execution of our skills and decision-making to reduce the opportunities for Southern Knights to threaten us as we know they can cause problems and given opportunities and they will hurt us.”

In the away ranks, Durham University and England Students tight-head Matthew Woodward makes his first start for the Knights alongside stalwarts Fraser Renwick and Grant Shiells in the front row, while Rudi Brown and Dalton Redpath continue their partnership in the second-row, and Wallace Nelson replaces Alan Ferrie in the back-row.

Murray Redpath returns to the starting XV at scrum-half, Cammy Scott does likewise at inside-centre and Keiran Clark comes in at full-back.

“We have had eight days turnaround coming back up to Meggetland where last week we played some great rugby but also gave away too many soft tries,” said Bruce Ruthven, head coach of the still winless Knights. “The players are aware it will be another good test and it will be a reflection on the week’s preparation both on and off the pitch to see if we can learn from the previous game.

“We have shown over the first five games that we are making improvements and know that we are capable of winning on Saturday, but we must be more clinical and show more steel in defence.”

Verdict: Boroughmuir Bears were comfortable enough winners when these two sides met at the same venue last Friday and, having beaten Stirling County the week before, it feels like they are beginning to build up a head of steam. Knights stayed competitive in that last match which was important after a pretty unpleasant experience against Ayrshire Bulls in their previous outing, and they will be hoping that a reshuffle in the middle of the park helps neutralise the threat posed by Robbie McCallum.

The hosts should have enough firepower to make it three from three. Home win.