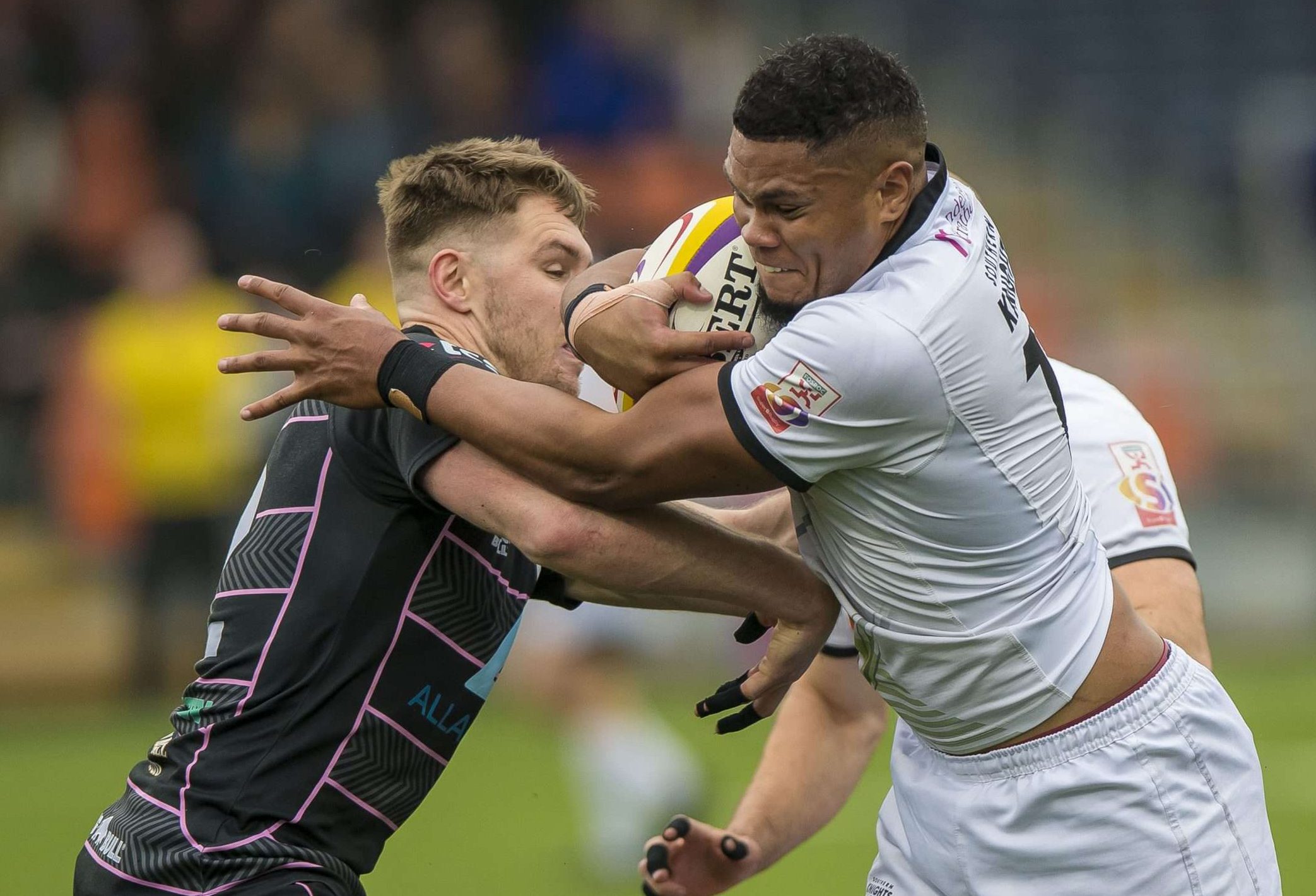 THERE are a number of enforced changes to the Southern Knights squad due to injuries as they go in search of their first win of this Super6 Sprint Series campaign against the Ayrshire Bulls at The Greenyards on Saturday (4.30pm).

Head coach Bruce Ruthven has not had an easy time of things personnel-wise since taking over from Rob Chrystie, with a number of injuries and the like making it hard for him to name a settled starting XV and get any consistency.

Among the changes this week in a squad with an average age of 22, there is a new-look second-row pairing of the experienced Ruaridh Knott and debutant Thomas Brown, while Sam Derrick is back from long-term injury and comes in at six with Edinburgh Rugby Academy player Rudi Brown shifting to No.8.

Super6 Sprint: Lee Millar returns for top of the table Watsonians versus Heriot’s

In the backs, Murray Redpath and Edinburgh Rugby pro Nathan Chamberlain come in to start at nine and 10, and Callum Grieve is at full-back.

“We are really looking forward to going toe to toe with the Bulls,” said a determined Ruthven. “The matches in the past [between the two clubs] have always been a great spectacle and hard fought and it won’t be any different this time around.

“We have a number of changes this week due to injuries, but this provides opportunities for the rest of the squad to show its depth and for players to take their chances.

“The Knights are searching for our first win and are in confident mood, but we know we will have to improve and be more accurate and consistent throughout the 80 minutes to get a result.”

The Bulls have two wins from three to date, but lost their last away game at Stirling County a fortnight ago and will be looking for a better showing on the road.

Jamie Shedden, the Kilmarnock product who helped Marr win the Tennent’s Premiership last season, is back from injury and will debut for the Bulls on the wing.

The experienced Bobby Beattie also returns from the physio room and starts at 13. The third player back from a spell out getting treatment is replacement hooker Rhodri Tanner.

With Rory Jackson moving forward to the second-row in Alex Samuel’s absence, Scotland under-20 cap Tim Brown gets a start in the back-row.

“Last weekend was an excellent defensive performance, the win against Heriot’s was built on hard work and physicality and I was proud of how hard the players worked for each other,” said Bulls head coach Pete Horne.

“Last weekend we set standards in these areas that anyone picking up the jersey has to maintain and I am excited for the challenge that an away trip to The Greenyards poses to our group.

“The Borders is never an easy place to go and after some narrow defeats the Knights will be desperate to get their season back on track.

“I am confident our players will rise to the occasion and it should make for an excellent game.”

Verdict: The Knights have been very unlucky with injuries over the last month or so while last week they had Jacob Henry sent off which further blunted their progress. With the Harry Borthwick and others missing they’ll need big carrying games from Wallace Nelson and Rudi Brown.

Bulls head coach Pete Horne was much happier with last week’s performance and it will be exciting to see Jamie Shedden making the step up to this level.

Super6 Sprint: Lee Millar returns for top of the table Watsonians versus Heriot’s