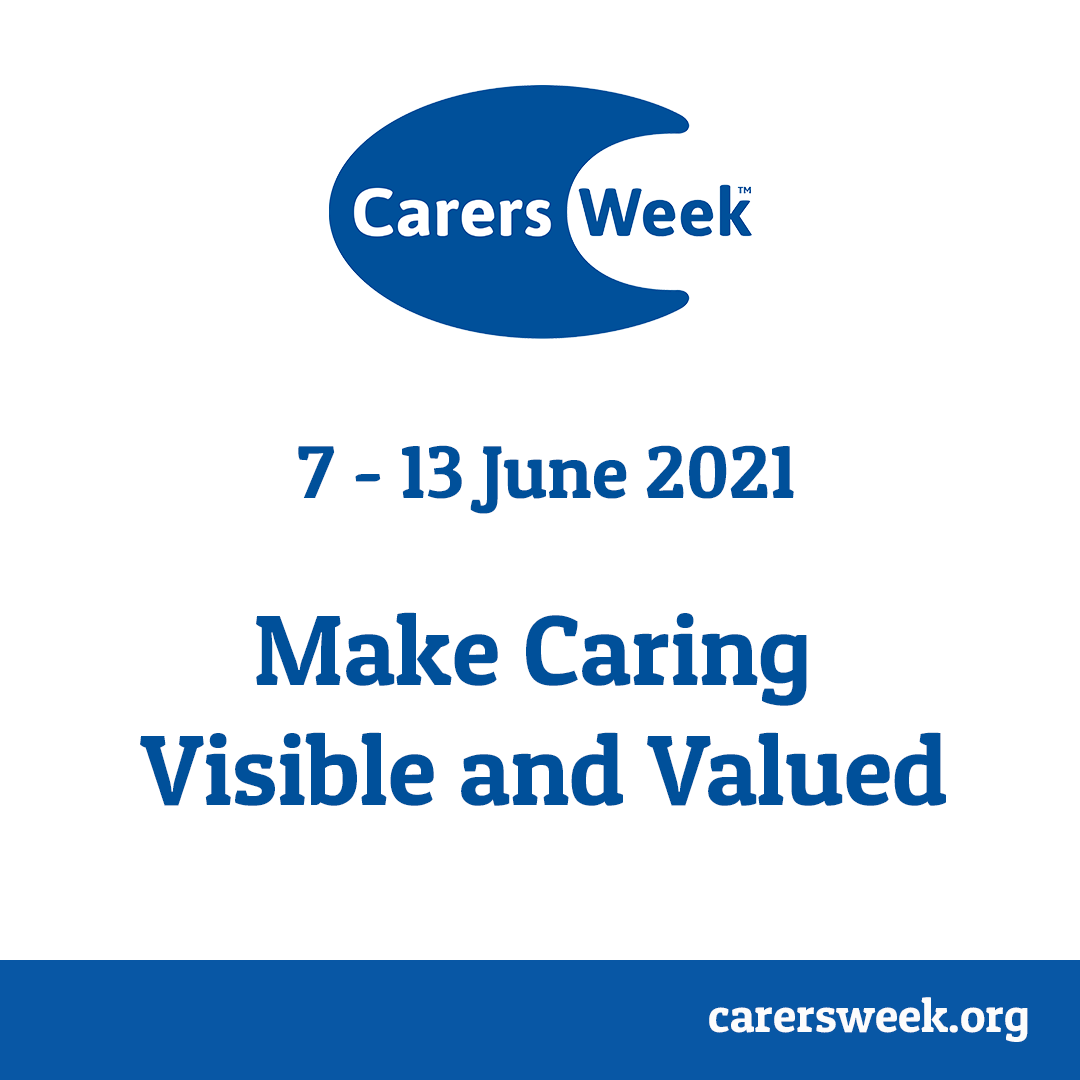 Carers Week is an annual, national event held to raise awareness of, recognise and value unpaid carers. Running from 7-13 June, Carers Week shines a light on the thousands of unpaid carers there are in the UK. Across the UK today, an estimated 6.5 million people or 1 in every 8 are carers and this includes many thousands who live in Dorset.

The theme for this year’s Carers Week is ‘Making Carers Visible and Valued’ to recognise the amount of work unpaid carers put in that often goes unseen.

Here in Dorset, we want to champion you as carers! Carer Support Dorset, along with other Dorset-based organisations are encouraging carers, and everyone in the community, to celebrate and recognise the contribution of this often-hidden group of people known as carers.

Carer Support Dorset is running a series of virtual events and activities throughout the week:

Across social media platforms, Carer Support Dorset will be sharing stories from local carers about some of their struggles, successes and ways that they cope with caring for someone.

“We know the past 15 months have been tough, but carers especially have been struggling more than ever. Even at the best of times it can be very lonely when you’re looking after someone.

“The theme of this year’s Carers Week is making carers visible and valued, and one of the easiest, simplest things you can do to recognise someone you know that’s a carer, and make them feel visible, is take the time to check in with them and ask if they are ok.

“If you’re a carer and need some support or advice, the best place to start is Carer Support Dorset, a not for profit service funded by the council to help carers in the Dorset area. They will be running some fun sessions throughout the week so that carers can join together, support one another and appreciate what an amazing role they play.”

To find out more about this year’s Carers Week and to book a place on any of the sessions visit www.carersupportdorset.co.uk/news/carers-week-2021