I first met Susan Beckerleg in 1974. She and the girl I was going out with at the time shared a house in Tottenham and had been friends at school in Devon. She was introduced to me as ‘Beckanarm’, her nickname at school, and that was the name I affectionately called her in the 1970s and on the handful of occasions we met in subsequent decades. Susan died in 2012; a tragic early loss. Having touched on this time and place in my last blog post, I decided I wanted to write this piece as a tribute to her. 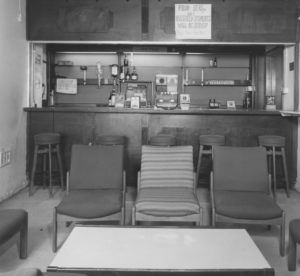 Susan was studying social anthropology at the LSE, and went on to complete her PhD in Swahili medicine at the School of Oriental and African Studies. She was passionate about her subject and used to delight in conducting experiments on the small group of friends she had gathered about her. I recall one evening in particular when a few of us were in the bar at the LSE’s Passfield Hall. Susan decided she wanted to test the proposition that the most intimate and trusting, though not overtly sexual, physical contact between two human beings was to allow the other person to lick your eyeballs. This we all did, in the interests of science, before collapsing into uncontrollable laughter. 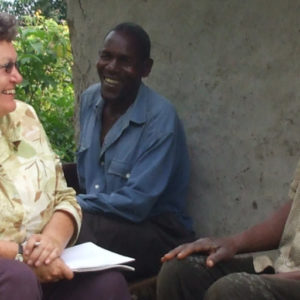 While Beckanarm herself was a confident, outgoing person from a middle-class background, she had a knack of befriending those who were alone and always identified with society’s ignored and marginalised minorities. This characteristic was reflected in her later research and her academic career. But she was more than just an ordinary academic; Beckanarm’s researches in Uganda and Kenya led to important improvements in the healthcare of female heroin users.

As students in London in the 1970s, I and most of my friends arrived as hippies and left as punks. Beckanarm, on the other hand, rose above such whims of fashion and created her own style. I remember her going off to her evening job at a taxi office in Seven Sisters wearing a wide-brimmed straw hat, crimson silk gown and harem trousers. Naturally, Beckanarm attended my first wedding. She wore a Roedean school dress from the 1950s, which she’d found in a charity shop. She accessorized it and looked amazing. After the ceremony and a meal in a pub I, my late first wife and Beckanarm, hopped on a bus back to our flat as she was staying with us.

Beckanarm’s career took her to Africa and the Middle East and she taught at Birmingham, Warwick, Oxford and London. She never seemed to age and looked very much the same in her forties as she did when I first met her at nineteen. Sadly we rarely saw each other in the final twenty years or so of her life. But I’m pleased to both recall her as a wonderful friend  and to celebrate the achievements of her extraordinary career.