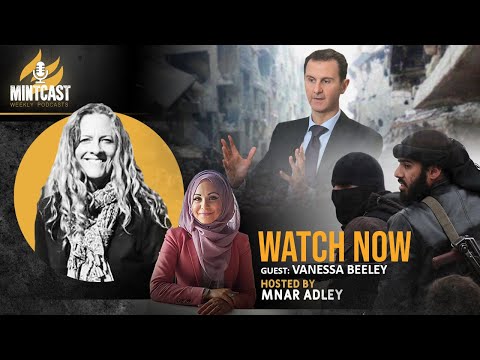 Syria Rebuilds Relations with Regional Foes Despite Ongoing US Opposition

While the U.S. military occupies a third of Syria — mostly in the northeast, controlling Syria’s vast oil reserves and water supplies — Syria continues to rebuild after nearly a decade of destabilization efforts by the U.S. and its proxies, who have armed rebel groups with the intention of stoking a civil war and toppling President Bashar al-Assad.

Today, the city of Daraa, which has been referred to as the cradle of the Syrian revolution, has been liberated by the Syrian Army. But, as MintPress reported nearly a decade ago, Daraa was the touchpaper lit by hardline Libyan mercenaries imported into Syria prior to 2011. These mercenaries were trained by the CIA and MI6, alongside Saudi intelligence, to hijack a small movement for economic reforms and turn it into an armed rebellion to fulfill foreign interests in the region.

In this segment of MintCast, Beeley joins us to help get us up to speed with the war that was once the focus of mainstream coverage pushing a humanitarian interventionist narrative.

Subscribe to MintCast on Spotify, Apple Podcasts, and SoundCloud.

Also, be sure to check out the new Behind the Headlines channel on YouTube and subscribe to rapper Lowkey’s new video interview/podcast series, The Watchdog.

Mnar Adley is founder, CEO and editor in chief of MintPress News, and is also a regular speaker on responsible journalism, sexism and neoconservatism within the media and journalism start-ups.

Syria Rebuilds Relations with Regional Foes Despite Ongoing US Opposition