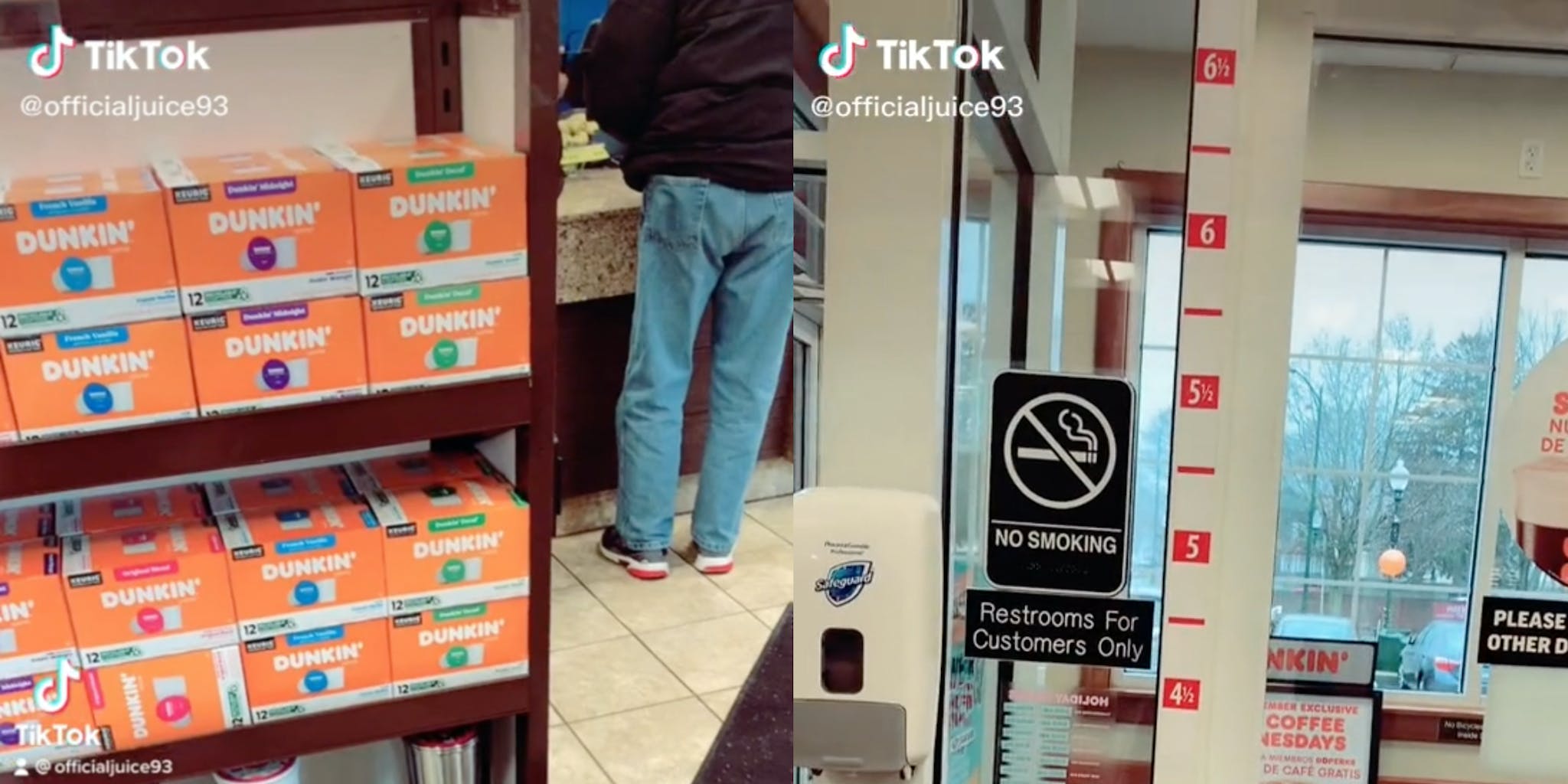 ‘Tell me your Dunkin’ has been robbed without telling me they’ve been robbed’: Viral TikTok shows height measurements on Dunkin’ door 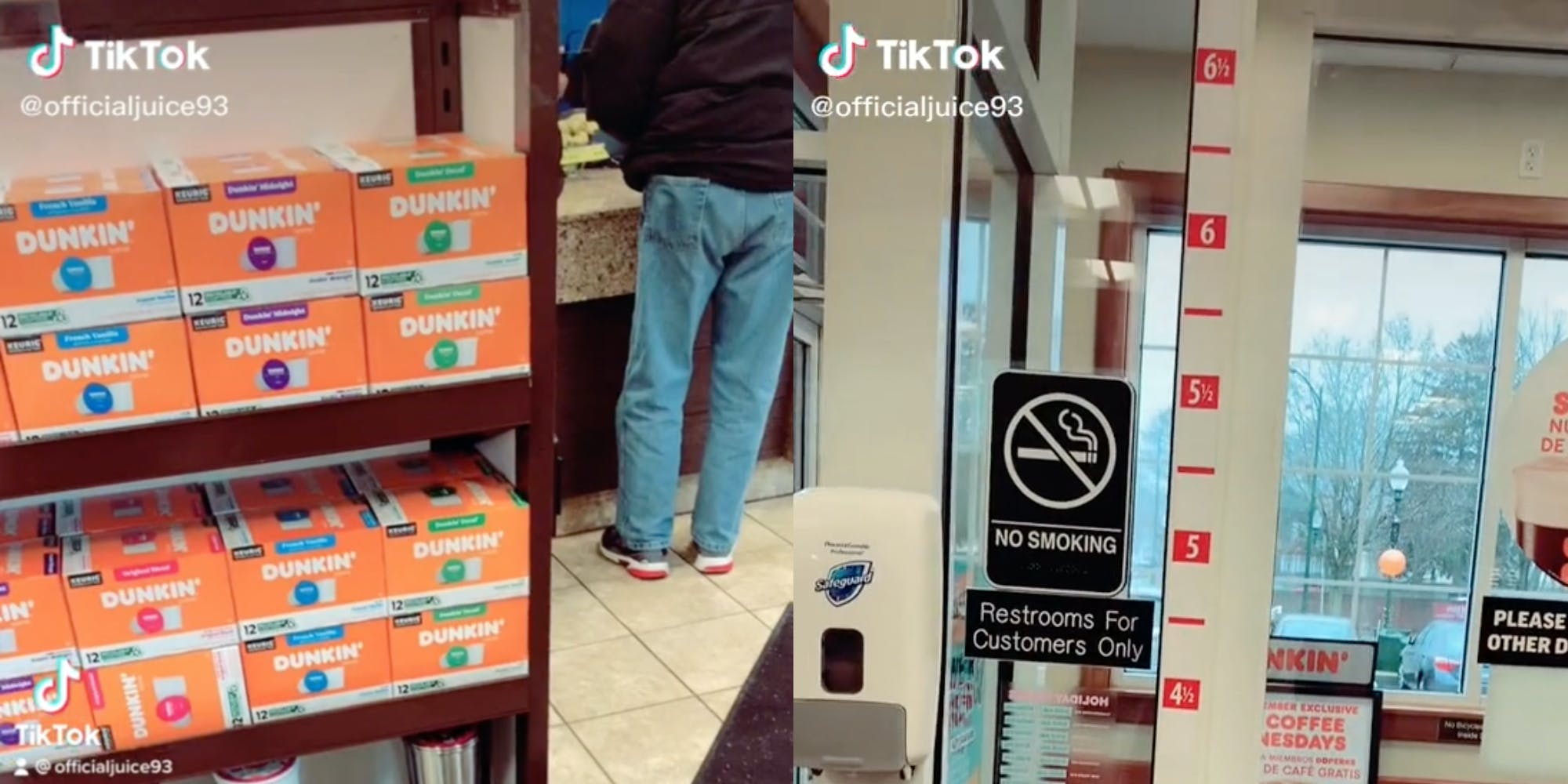 TikTokers are finding out why Dunkin' has height strips by the doorways of at least some Dunkin' locations after viewing a viral TikTok.

A video posted earlier in January by Jocelyn (@officialjuice93) shows her standing in line at a Dunkin’ as she pans her camera over to the measurement strip by the exit. Since being posted, her video has garnered over 389,000 views.

The text overlay on the TikTok reads: “Tell me your Dunkin’ has been robbed without telling me they’ve been robbed. I’ll go first.”

According to Slate, several convenience stores and gas stations initially used these strips to help eyewitnesses to robberies gauge the height of a fleeing robber. Nowadays, though, the strips are reportedly installed as a psychological maneuver to deter criminals from robbing in the first place. They can also help convey a message of safety—or, to help shoppers feel more at ease.

It’s not immediately clear whether the strips are used at all Dunkin’ locations, or just a select few.

In the comments of Jocelyn’s video, some users were initially confused by the measurement strip. The top comment, with over 2,000 likes, reads: “I was today years old when I learned that [it's] not to see how tall you are for fun.”

“I USED TO THINK THIS WAS FOR WATER AND IF THERE WAS A FLOOD,” another TikToker said.

“Deadass. I had no idea that’s what it was for,” another comment reads.

Meanwhile, a select handful of viewers knew right away what the strip is used for.

“A lot of places (such as banks) have them so they can get a height description of the subject for the wanted posters/news, etc!" one commenter wrote.

The Daily Dot has reached out to Jocelyn via TikTok comment and Dunkin’ by email.

The post ‘Tell me your Dunkin’ has been robbed without telling me they’ve been robbed’: Viral TikTok shows height measurements on Dunkin’ door appeared first on The Daily Dot.

‘Tell me your Dunkin’ has been robbed without telling me they’ve been robbed’: Viral TikTok shows height measurements on Dunkin’ door