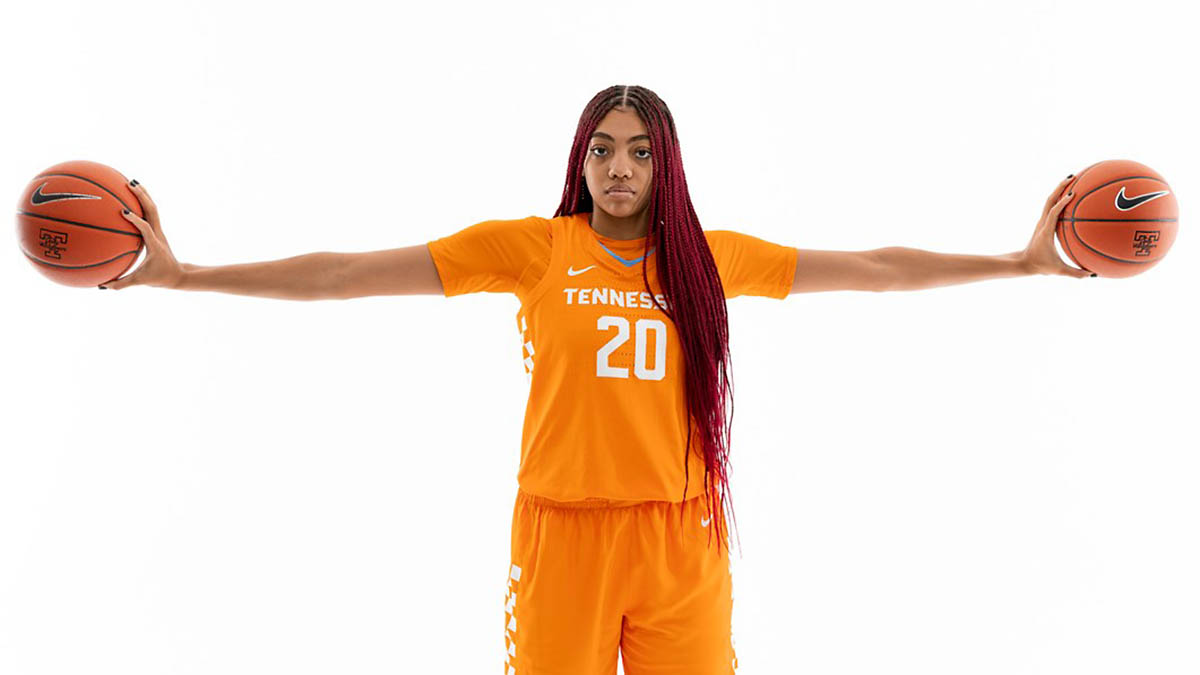 The Lady Vols and Spartans will meet at 11:02pm CT in Thompson-Boling Arena.

Sunday’s game will mark the first time these programs have met since 1976.

Tennessee enters Sunday’s tilt with a boost of confidence, as Kellie Harper‘s squad went to Bloomington and took down the Big Ten favorites, the No. 15/15 Indiana Hoosiers, on their own court on Thursday afternoon, 66-58. 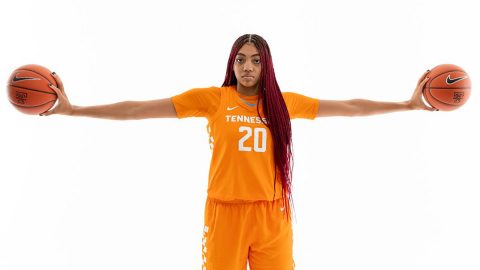 UT is 3-0 at home this season. Combined with a 2-0 record at T-BA at the end of the 2019-20 campaign, the team is looking to claim its sixth straight contest on The Summitt and match its longest home win streak of the Harper era. The previous string extended from December 11th, 2019, to January 26th, 2020.

UNCG comes to Knoxville after falling at Elon on Friday night, 58-40.

This game began to take shape on Friday after Tennessee learned that Jackson State was unable to play on Sunday due to COVID-19 Coronavirus issues within its program.

This marks the third new opponent UT has had to secure to replace lost games due to the pandemic. Those changes included Furman for Florida A&M, Indiana for Texas and now UNCG for Jackson State.

Sunday’s game will be televised by the SEC Network with Courtney Lyle (PxP) and Christy Thomaskutty (analyst) on the call.

Dearstone’s call also can be heard for this game on SiriusXM SEC Radio via channel 374.

Single game tickets are on sale, starting at just $5.00. Go to AllVols.com to purchase. Tickets for this game will be available at the arena box office beginning at 9:00am on Sunday.

This is the 34th season that the Tennessee women’s and men’s basketball teams have called Thompson-Boling Arena their home, and the Lady Vols own an incredible 468-48 mark (.907) in the venue.

Kellie Harper is 16-3 overall and 6-2 in SEC play in games played on The Summitt.

Coverage of Big Orange Basketball heats up over the holidays as “The Tennessee Basketball Pre-Conference Special” takes to the airwaves. Bob Kesling sits down with head coaches Kellie Harper and Rick Barnes as they share in-depth analysis of their respective rosters and insight into navigating such a unique offseason.  Fans can also expect early-season highlights straight from the lens of VFL Films.

For fans across the state, this Vol Network special is the perfect tone-setter for what is sure to be a season unlike any other, all made possible by longtime partner UT Medical Center.

The show will be available to watch on UTSports.com on December 27th.

Senior Rennia Davis, who is on all of the preseason awards watch lists (Wade, Wooden, Naismith, Cheryl Miller) and a projected All-SEC First Team pick by the coaches and players, is second in scoring (11.6 ppg.) and is first on the team in boards at 8.0 rpg.

Davis, who averaged 18.0 ppg. and 8.2 rpg. as a junior last season, had tough luck shooting and found herself in foul trouble in two of UT’s first four contests. A breakout game of 19 points and 15 rebounds vs. Indiana, however, seems to suggest Davis has gotten her mojo back.

Sophomore Jordan Horston, an SEC All-Freshman performer a year ago is third in scoring at 9.4 ppg. and is first in assists average (3.6) and tops in steals average (2.4) as a reserve.

The trio of Burrell, Davis and Horston has been described as Tennessee’s “three-headed monster” because of the abilities those three young women possess.

Horston actually got her first start of the season vs. Indiana, as did center Tamari Key. A season-ending leg injury to redshirt senior Keyen Green and the height and guard play of Indiana led to UT’s first change in the starting five this season. Green, Davis, Burrell, Marta Suárez and Jordan Walker got the nod the first four games. Horston replaced Walker and Key took Green’s slot vs. the Hoosiers.

Tennessee has 10 active players averaging better than 10 minutes of duty per game and 10 posting at least 3.0 points per contest.

Freshman Marta Suárez is second on the Lady Vols in rebound average (7.0) and has contributed 6.6 ppg. She has been a reliable rebounder, grabbing at least six caroms in every game.

UT is enjoying its most offensive productivity in the second quarter with 103 points (20.6) and is at its best defensively in the fourth frame, allowing 54 points (10.8).

A pair of reserves had noteworthy efforts in the win over Indiana. Sophomore Emily Saunders played more than eight minutes and contributed three rebounds and a pair of free throws, while Kasiyahna Kushkituah grabbed eight rebounds, including six in the final stanza before fouling out.

Senior wing Rennia Davis turned in her 31st career double-double to fuel an upset over No. 15 Indiana in Simon Skjodt Assembly Hall on Thursday, 66-58.

Davis scored 19 points and grabbed a career-high 15 rebounds to lead Tennessee (4-1) in both categories. Junior Rae Burrell was close behind with 18 points, and sophomore Jordan Horston also had a good showing, tallying 13 points, six rebounds and six assists.

Indiana (2-2), the preseason favorite to win the Big Ten, was led by Ali Patberg with 16 points and Jaelynn Penn, who recorded a double-double with 14 points and 10 rebounds.

IU’s leading scorers this season, Mackenzie Holmes (6) and Grace Berger (9), were held to a combined 15 points. They had entered the contest averaging 18.3 ppg. and 17.0 ppg., respectively.

UT played without starting forward/center Keyen Green and reserve power forward Jaiden McCoy. Head coach Kellie Harper shared postgame that Green is expected to miss the rest of the season due to a leg injury. McCoy, meanwhile, is listed as day-to-day after suffering a head injury. Neither player made the trip, and both injuries were suffered during different practices.

Tennessee’s next scheduled game after the holiday break is a home match-up on Monday, December 28th, vs. the Lipscomb Bisons. Tip is slated for 6:00pm CT at Thompson-Boling Arena with live streaming available via SECN+.

UNCG, meanwhile, does not have another contest on its schedule until January 3rd, when the Spartans play host to the Valkyries of Converse College.

Tennessee doesn’t trail in many series, but it is 0-2 all-time vs. UNCG.

UT and UNCG have not met since 1976, when Pat Summitt’s second Lady Vols team fell to the Spartans in the Winthrop Invitational in Rock Hill, S.C., 81-79 in overtime.

That year, which ended with a 16-11 mark, was the second time Summitt had a season with less than 20 wins. She would never fail to win 20 again, putting together 36-straight campaigns of 20+ victories and finishing her career with a remarkable 1,098-208 record.

On February 19th, 1972, UNCG defeated the Big Orange, 51-36, also at the Winthrop Invitational. That setback was one of only five all season for a Tennessee squad that went 13-5 under the leadership of Margaret Hutson.

This marks the third SoCon team UT has played this season, with Furman and ETSU ranked fourth and seventh, respectively, in that poll.

Redshirt senior Aja Boyd was a preseason All-SoCon pick, but she has not played this year.

Head coach Trina Patterson is in her fifth year of leading the Spartans and has a 68-67 record in Greensboro.

UNCG has won 20 games in two of the past four years, including a school best as a Division I program of 23 victories in 2019-20 when she was named SoCon Coach of the Year for the second time in four seasons.

Elon limited UNCG to 25 percent shooting from the field, including 10 percent (2-20) from behind the three-point arc, en route to a 58-40 victory in Burlington, NC, on Friday night.

With the win, the Phoenix moved to 4-1 on the campaign, while the Spartans fell to 1-6.

Freshman forward Khalis Cain pulled down a game-high 12 rebounds for the visitors.

Tennessee fell to UNCG, then known as UNC Greensboro, 81-79 in overtime, the last time these programs met back on February 13th, 1976.

The contest took place at the Winthrop Invitational in Rock Hill, SC.

Harper owns a 7-3 record vs. the Spartans from her time in Cullowhee.

After starting out 1-3 vs. UNCG in her first two seasons at WCU, Harper went 6-0 over her final three seasons vs. the Spartans.