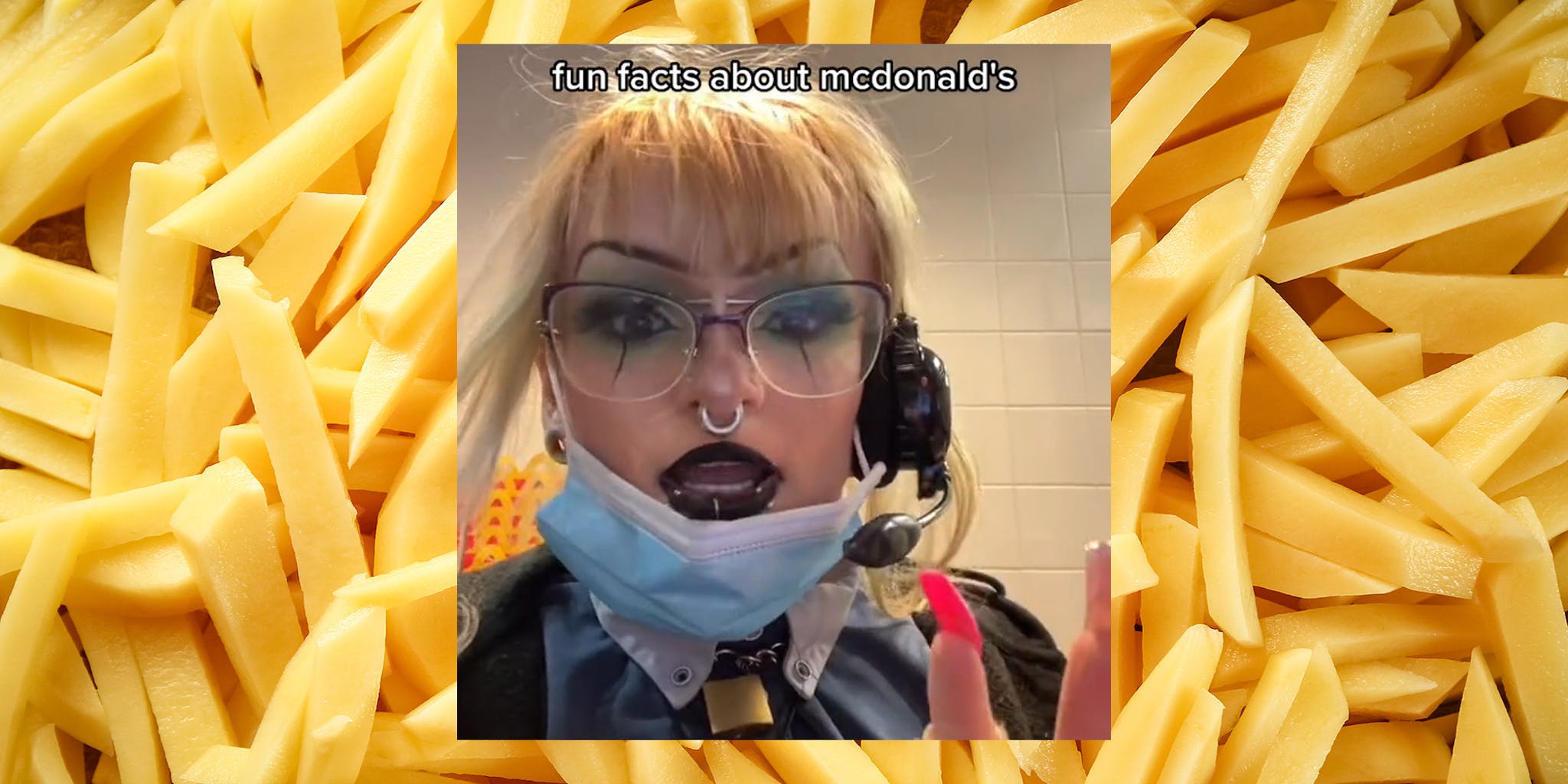 ‘That life hack … is bullsh*t’: McDonald’s worker reveals what they do when customer asks for ‘no salt’ on fries to get fresh ones 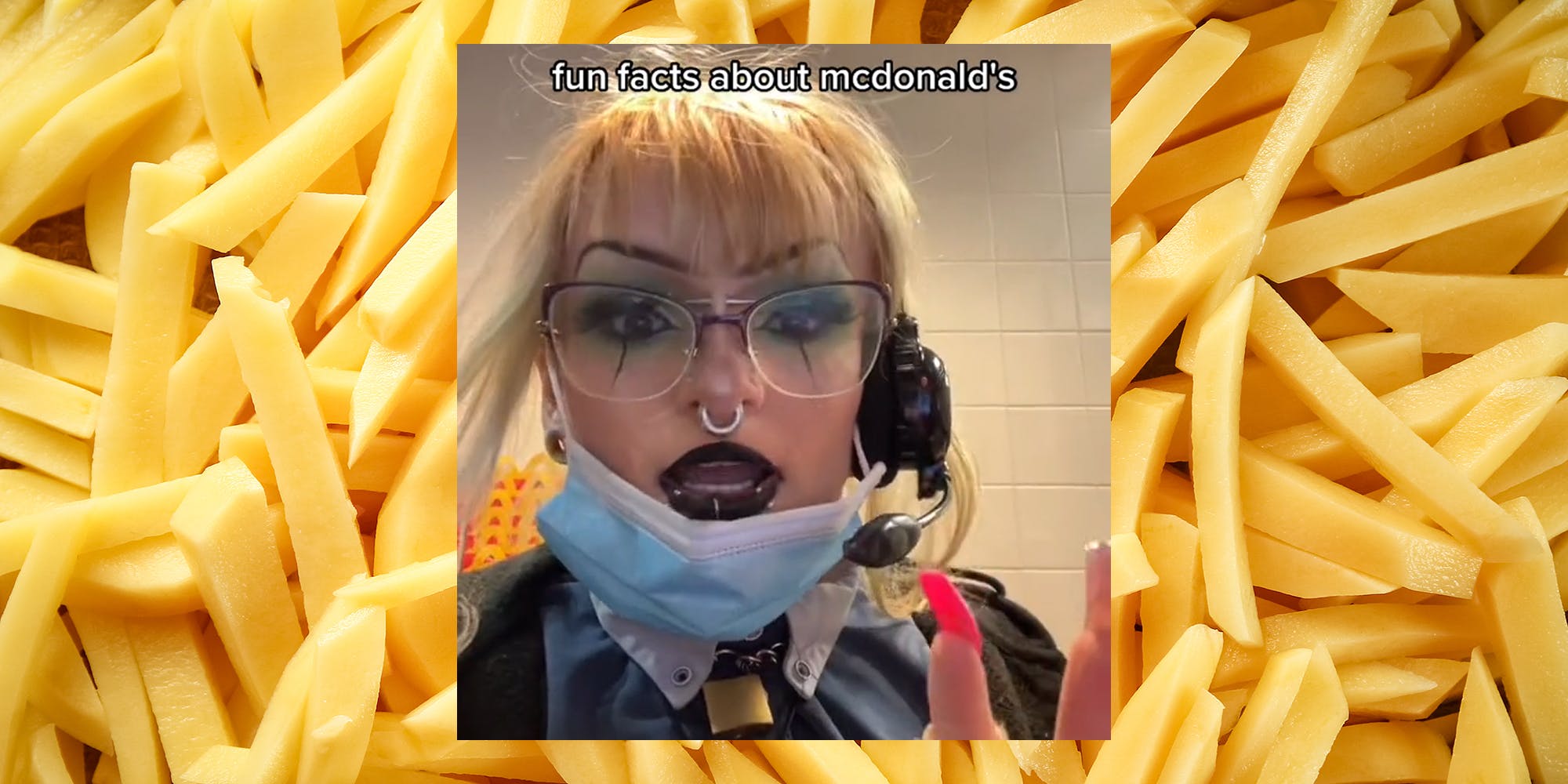 A McDonald's worker revealed in a viral TikTok what allegedly happens when customers ask for "no salt" to get fresh fries, among other "fun facts."

@motheraangel is a McDonald's worker and TikTok content creator with over 87,000 followers. Her TikTok revealing "fun facts" about McDonalds got over 4.6 million views and 1.2 million likes since it went up four days ago.

"The life hack 'no salt for fresh fries' is bullshit," @motheraangel begins.

"First of all, you can just ask for your fries to be made fresh, and we'll make it fresh. Second of all, you know we can just take the fries out of the thing and just put it back in the fryer for like five seconds, and it burns all the salt off."

Other fun facts, according to the TikToker, who made the video in uniform, include that there is no "secret menu" and the ice cream machine rarely breaks.

"The only secret is that you can literally customize any item on the menu basically and we'll do it," she says. "99.9% of the time the ice cream machine is not broken."

Apparently, when McDonald's workers say it's broken it's because it hasn't been cleaned yet or they're understaffed and don't have time to work it.

"A cone is significantly less expensive than a plain sundae. If you want a plain sundae, get a cone and ask for it in a cup," the worker continues. "Quarter meat is fresh. It's cooked to order every time, so if you want something fresh ... quarter pounder."

She also advises customers to come "later" because "after 10 or 11pm, everything is cooked to order."

"If you want cookies that taste good, ask them to make them fresh," she continues. "We're technically not allowed to accept tips, but generally tip your service workers—it'll literally make our day."

She also advises customers to refrain from asking for "extra Oreos or M&Ms in a McFlurry" and instead ask the employees to "mix it really well."

"If your order gets fucked, never ask for a refund. Always ask for a free meal card. You can literally get any meal on the menu. Sometimes they'll give you two free meal cards," she says.

@motheraangel further clarified in the comments section that "Some of these things depend on who owns your (local) McDonald's!"

Some alleged current and former McDonald's workers co-signed her tips in the comments section.

"McDonald's was my first job and yes. YES to all of this," another user, @nicoleaxelrod, wrote.

The Daily Dot reached out to @motheraangel via TikTok direct message and McDonalds via email.

The post ‘That life hack … is bullsh*t’: McDonald’s worker reveals what they do when customer asks for ‘no salt’ on fries to get fresh ones appeared first on The Daily Dot.

‘That life hack … is bullsh*t’: McDonald’s worker reveals what they do when customer asks for ‘no salt’ on fries to get fresh ones