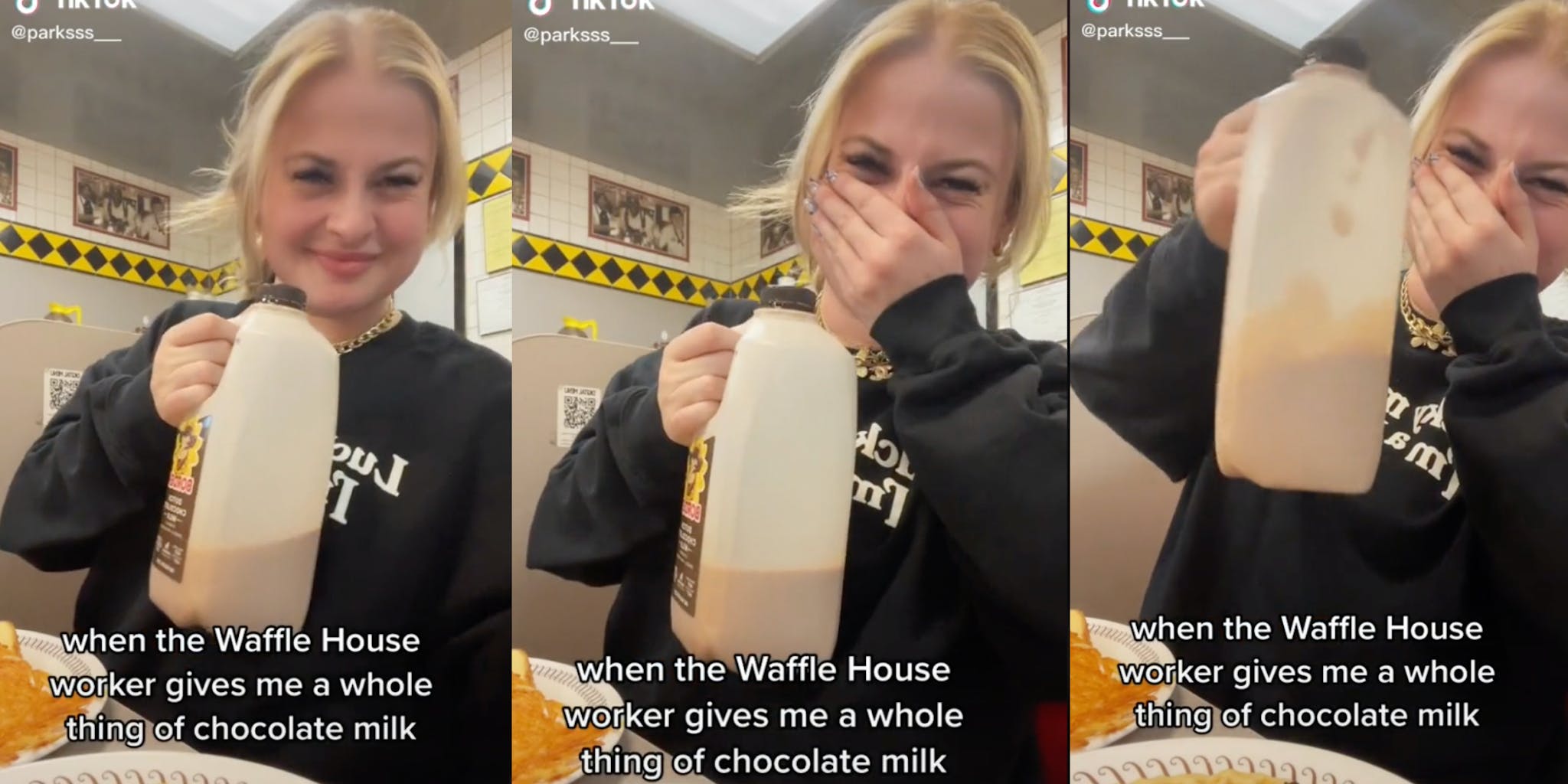 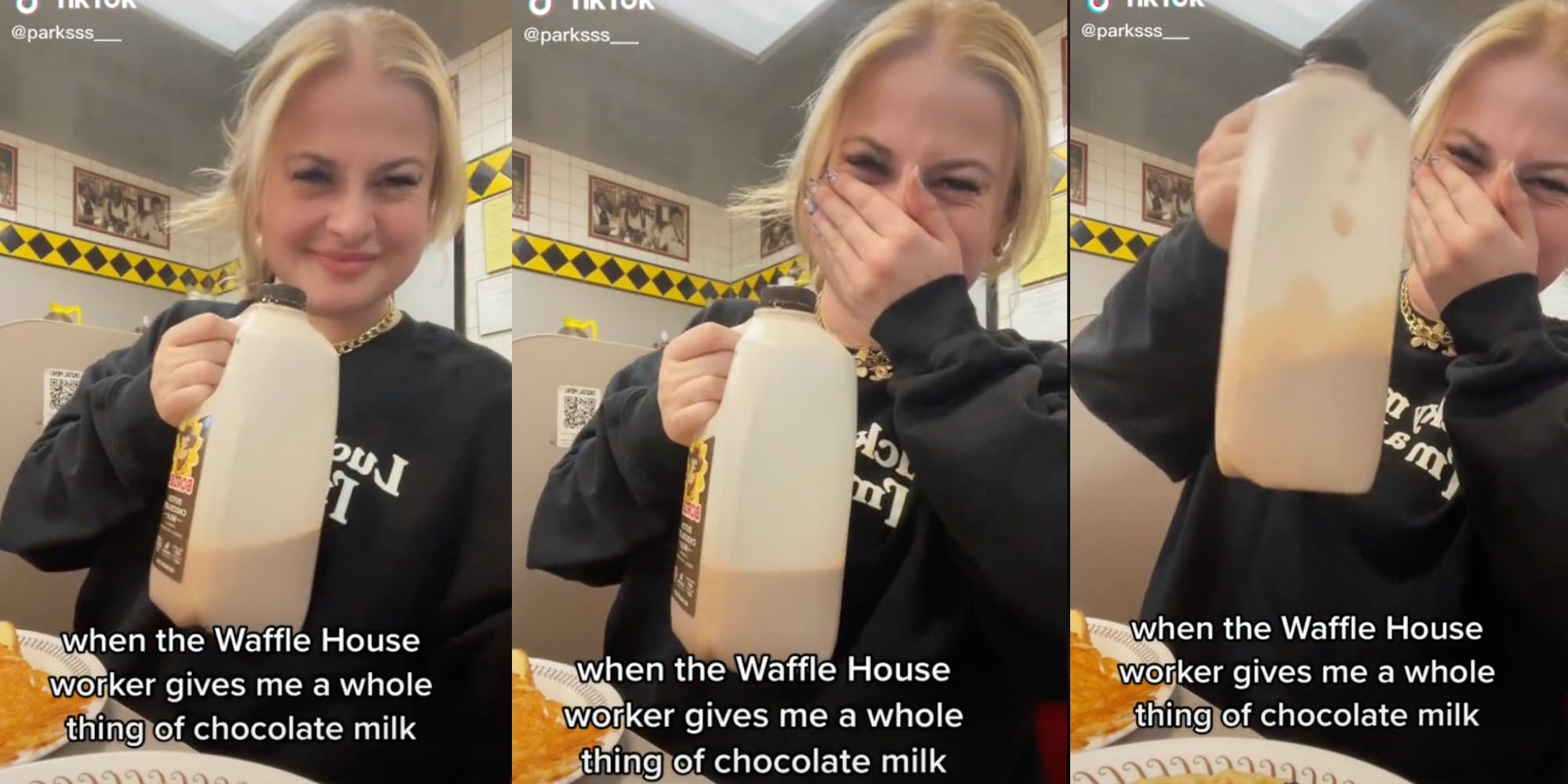 A TikToker recently claimed to have had a stroke of luck at a Waffle House. While at the restaurant, according to user Parker Howard (@parksss___), an employee reportedly gave her an entire jug of chocolate milk.

Based on her replies to comments of her video, it doesn’t look like Howard requested the jug, either. At one point, she wrote that an employee “just handed it to me.” According to online estimates, one large cup of chocolate milk at the chain costs about $2.30.

Her video has over 290,000 views and hundreds of comments. Many viewers praised how good the restaurant's dairy products are.

“That’s literally the best chocolate milk ever,” one viewer wrote. In response Howard said, “Ohhh the whole jug was gone after.”

On Waffle House’s website, they boast that Dean Foods provides the chain with half and half, Daily Pure, and TruMoo chocolate milk.

“Most likely, the milk you enjoy at Waffle House came from a farm within 2 hours of where you sit today,” it reads. “Waffle House restaurants receive dairy deliveries multiple times a week to ensure that you are receiving the freshest Dean Foods milk and half-n-half available outside of the farm.”

Viewers were amazed that the employee had given Howard the jug without her requesting it.

“All the Waffle House workers are so sweet and funny,” another user said.

“You are… living… my dream,” wrote a third TikToker.

This is not the first time Waffle House has gone viral for being generous with extras. Last week, one TikTok user found two full-sized bottles of steak sauce with her to-go meal.

One commenter under Howard's post appeared to have seen that video and sensed a trend, saying, "Omfg I just saw someone get two half empty bottles of steak sauce with their order is Waffle House doing giveaway now."

The Daily Dot has reached out to Howard via TikTok comment and Waffle House via email.